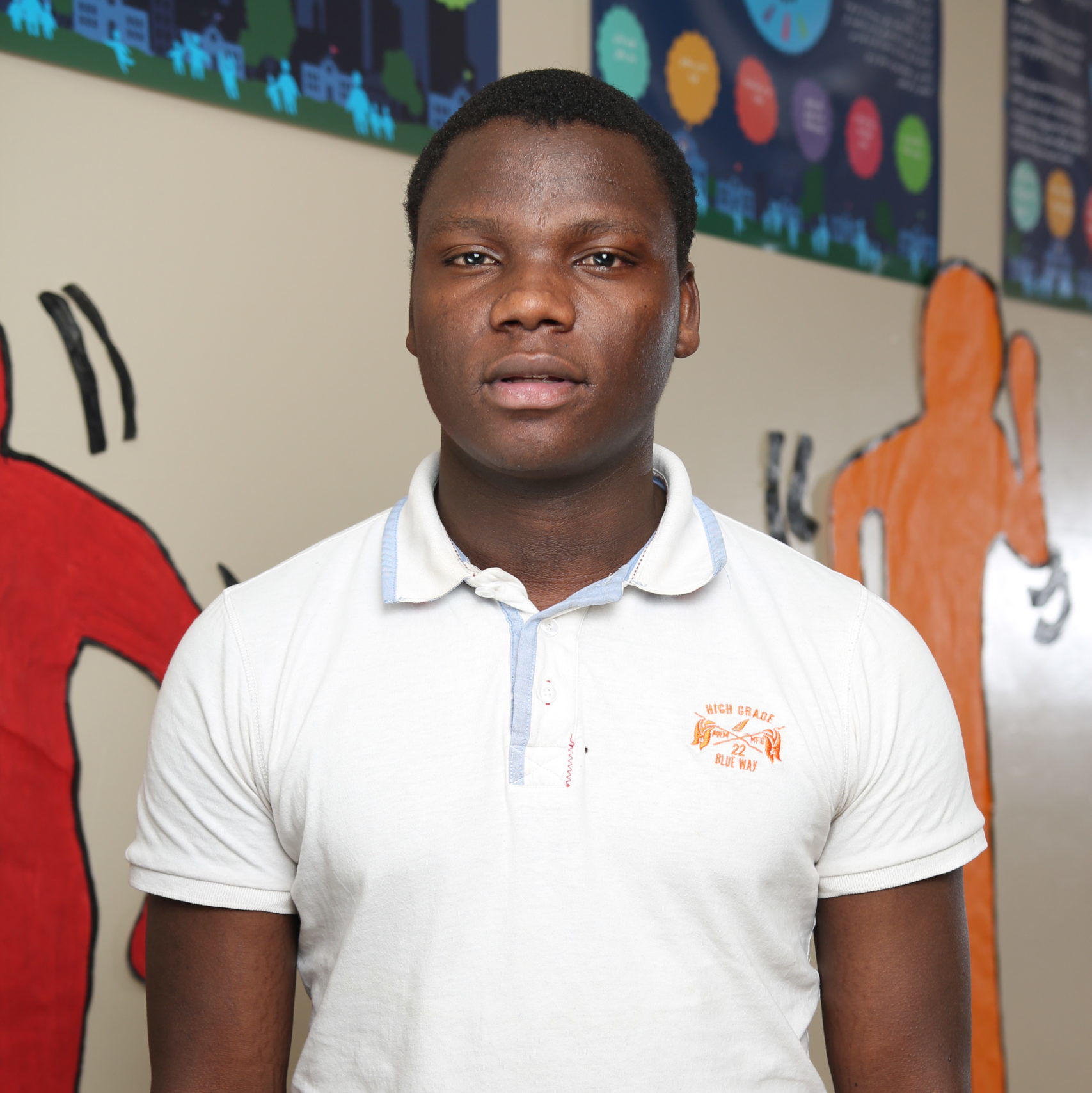 “So, every time I look myself, I say, “one day I will stand out and go to my country so I can help the kid who are growing or who have a problem.” That’s what my dream. I wanted to be a doctor.”

Abdishakur was born to a struggling family in Jamaame, Somalia. At a young age, he was diagnosed with Polio disease. Abdishakur’s parents could not get proper care for him in Jamaame, so they decided to move to another country. Before coming to the United States, they lived in a refugee camp called Kakuma in Kenya. In Kakuma, many people spoke different languages and practiced different religions, but they lived and cared for each other like family. Though he could not afford to pay for a proper uniform, Abdishakur attended school in Kakuma. He wanted to receive an education, but had a difficult time learning to read and write the new language. After school he would play soccer and cross-country games with his friends or help his grandmother work her farm. Although Abdishakur’s family mostly lived off corn and beans provided by the UN or food from his grandmother’s farm and he had few opportunities open to him, he recalls living a happy life in Kakuma.

Excited about the idea of living the life he experienced only through television, Abdishakur was overjoyed when his family finally immigrated to the United States. First, his family was relocated to Cleveland, Ohio but seven months later they relocated to Buffalo, New York in an effort to curb Abdishakur’s troublesome behavior at school. After moving to Buffalo, Abdishakur improved his focus on his grades and schoolwork; he woke up early in the mornings to study and started arriving at school on time. He also set a goal for himself and improved his fitness by training to join his high school’s football team. Though he did not make the team due to his seniority in age relative to the other students, Abdishakur hopes to join a college football team in the near future. He dreams to pursue a career as a doctor so he could help kids in Africa to be healthy.