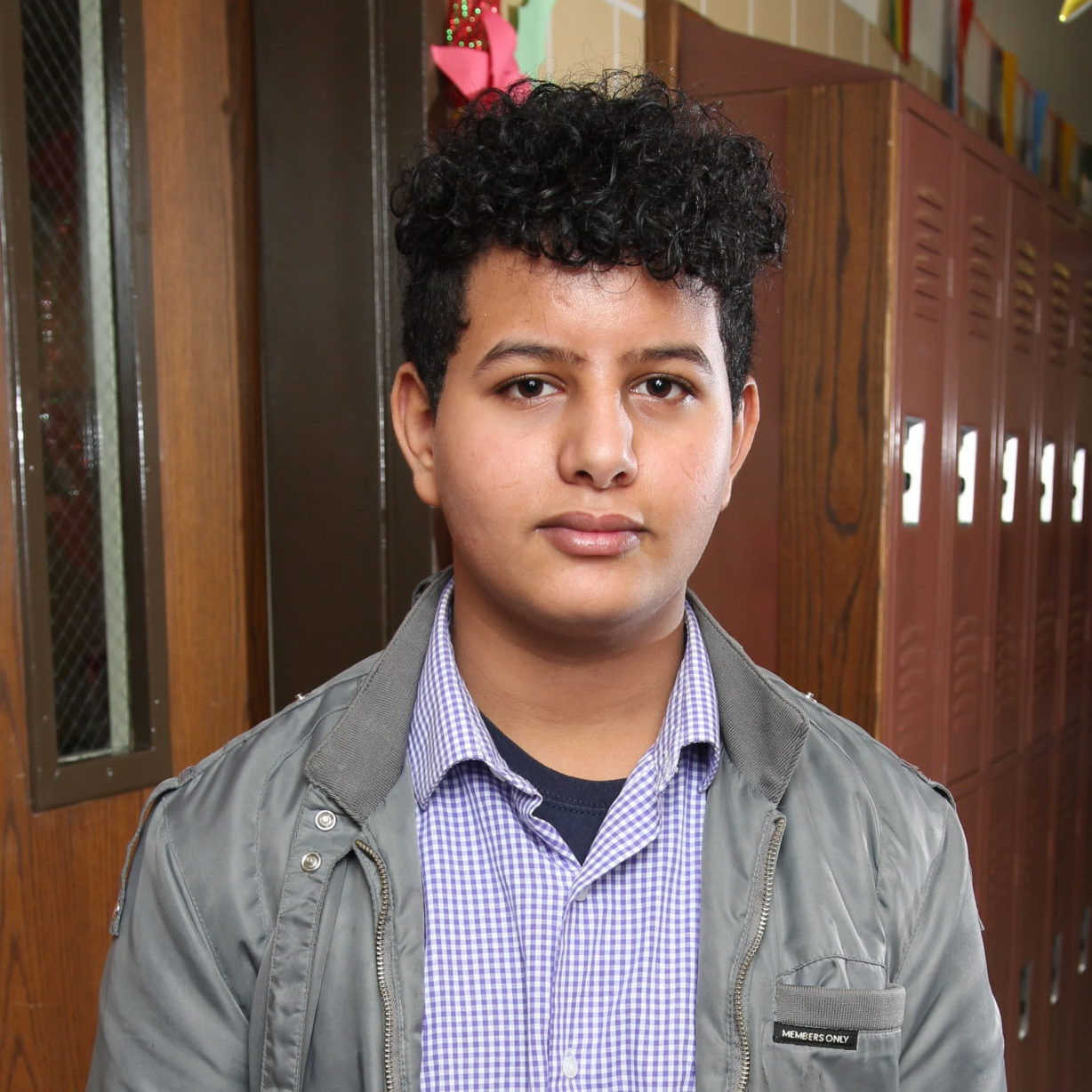 My dream for the future is that I want to be like my dad, own a big store. I don’t want to stay in America for a lot, like the rest of my life. I want to go back and forth, to Yemen and to America.

Abdulmageed was born in Yemen to a large family with five siblings. Life in Yemen was difficult with the war at the time causing many families to not have enough food or electricity. Abdulmageed’s father had already relocated to America, but on a visit to Yemen, he decided to bring two of his sons back to America with him, including Abdulmageed.

The journey to America was not a smooth one. Abdulmageed and his family headed to the East African country of Djibouti where the airport was. Along with his father and brother, Abdulmageed traveled there on a boat with poor conditions. When they reached America by plane, they first arrived in New York City. Eventually, his mother and the rest of his siblings came to America and the family decided to settle in Rochester, New York.

After arriving in Rochester, Abdulmageed and his siblings enrolled in school. He was nervous about attending a school where he could not speak the language, buthis friends and teachers were kind to him. Now, he enjoys studying math and spending his free time playing video games or listening to music. He was unable to do these things in Yemen and is grateful that he has the opportunity to do so now. In the future, Abdulmageed hopes to be a business owner and follow in his father’s footsteps. Furthermore, he plans to never lose sight of where he came from and will frequently visit his home country, Yemen.