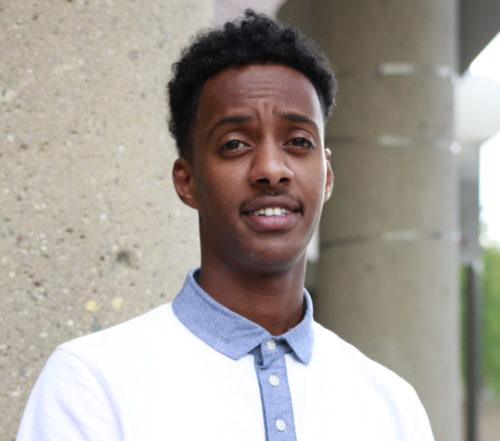 “When I started school in Alaska, there were only four Somali kids in the whole school, and I didn’t speak any English. So I asked myself, ‘How can I communicate with these people and how can I make friends?’”

When Abdurahman Ibrahim was living in a refugee camp, he dreamed of coming to the United States but never thought it would become a reality. Now, he dreams of owning businesses all over the country.

Abdurahman was born in Ethiopia to Somali parents who fled Somalia due to the civil war. When he grew older, he saw other people in the camp being resettled, and his family followed suit. His family endured a lengthy screening process before being selected for resettlement in Anchorage, Alaska.

Living in Alaska was a huge adjustment for Abdurahman. When he started school, he was one of only four Somali students in the entire school, and he spoke very little English. Abdurahman received help from a passionate teacher who gave him a library card and a lot of support. In just a few months, his English improved significantly, and he made several friends.

During his senior year of high school, Abdurahman’s family moved to St. Cloud, Minnesota. He currently attends St. Cloud Technical & Community College where he is studying business and was president of a Somali student organization for two years. Abdurahman hopes to own many successful businesses in Minnesota, Hawaii, and all over the United States.