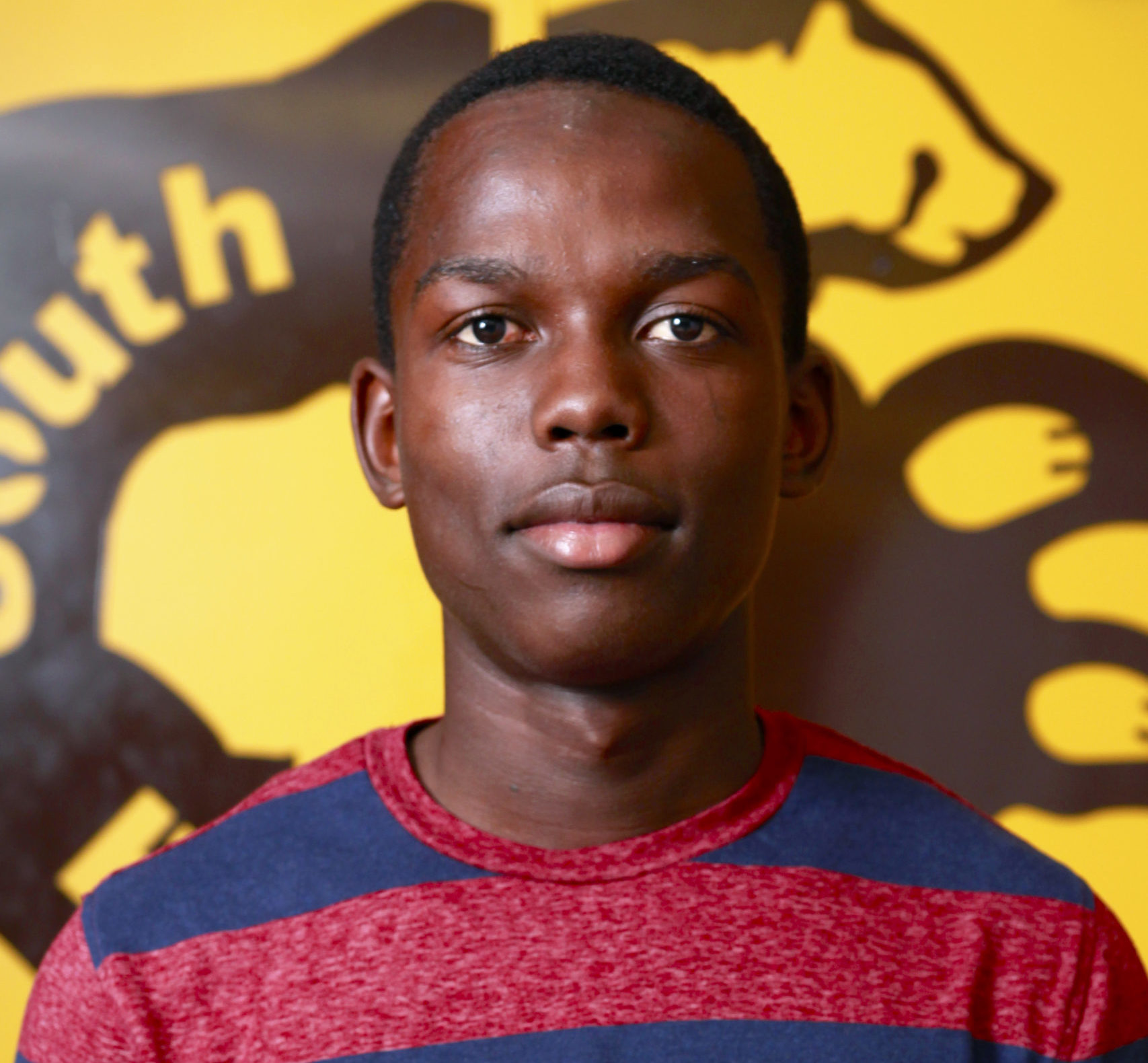 After being an ocean away from his parents for six years, Alvin Johnson was overjoyed to be reunited with his family in the United States.

In Liberia, Alvin enjoyed his life. He attended Catholic school, spent time with his friends, and played a lot of soccer—his favorite sport. He lived with his parents and sister until he was ten years old. His mother won the Green Card Lottery and moved to the United States with her husband. Although she visited Alvin from time to time, it was hard being separated from his parents.

When he was sixteen years old, Alvin received a phone call from his father in America. He told Alvin that he and his sister would be joining them in the United States later in the month. After purchasing his plane ticket and new clothes for the journey, Alvin embarked on his journey to the United States.

On just his second day in the United States, Alvin started school. He currently attends Fargo South High School, plays on the school soccer team, and has made many new friends. His favorite subjects are science, social studies, and computers. In the future, Alvin hopes to work in construction, just like his father.