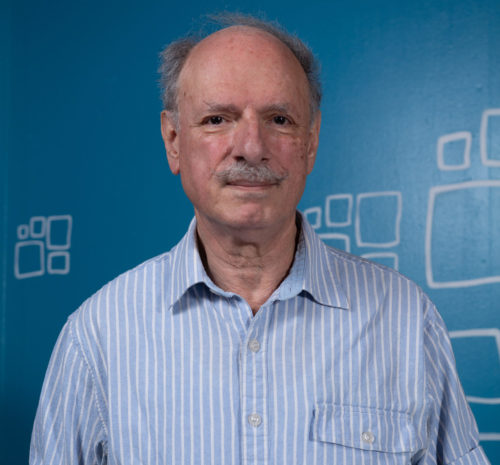 “We got this instrument that to me was a dream… it can look at the human brain. If you know how to interpret it, really you have a story. It was just fantastic. It was a dream come true.”

Though born in Patras, Greece, Apostolos moved with his family to Athens when he was fourteen years old. This proved to be a sad time for him as a child, but reflecting back, he believes moving provided more potential future opportunities for him. He performed well in his schooling and found science interesting, but he struggled to decide exactly what type of science he wanted to pursue further. His disinterest in engineering, teaching, and law led him to medicine, which he saw as the only way to continue pursuing a scientific career. He went to medical school with a special interest in physiology and met his wife, who was studying endocrinology.

After finishing medical school, Apostolos joined the army, which was compulsory at that time in Greece, and researched microbiology for the army. He published papers that advanced his field and led him to complete a post-doc in the United States. Though his family returned to Greece briefly, they came back to the US for the continued opportunities that both he and his wife could pursue in their fields. He established his own lab at Johns Hopkins University in Baltimore, Maryland, and his wife continued her work in endocrinology. Apostolos worked with monkey brains to research and advance the field of neuroprosthetics.

He eventually accepted an opportunity in Minneapolis and now works in a lab with extraordinarily rare equipment that allows him to continue pursuing his passion of living on the edge of innovation in medical research. He and his family are happy with their decision to live in Minneapolis.