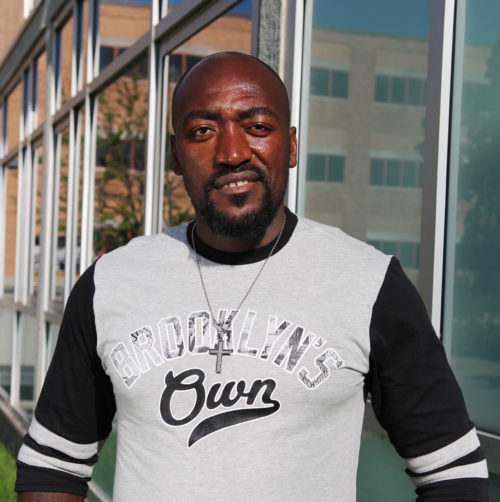 “I would say that I’m not important, but I’m someone people want to talk to…I’m here for them.”

When Arnaud Mwanda decided to move to the United States, he left behind his family, his home, and his job for the pursuit of something more.

Mr. Mwanda was born in the small town of Mouila, Gabon. He spent the first part of his living with his grandparents. At the age of ten, he was introduced to his parents and moved to the capital—Libreville—to live with them.

After studying marketing in college, Mr. Mwanda began working for Guinness. His work led him to travel across Africa and Europe, meeting with other professionals in the company. Over time, Arnaud grew tired and wanted to take a vacation to the United States. His vacation became permanent. Transitioning to the United States was difficult. Mr. Mwanda didn’t speak any English, and at one point lived with cousin.

Since then, Mr. Mwanda has enjoyed a pleasant life in Minnesota, despite the cold weather. He got married, purchased a house, and began a career as a truck driver. Apart from work, he hosts get-togethers for his friends and prides himself on being a source of advice for those close to him. Arnaud and his wife live in St. Cloud, Minnesota.