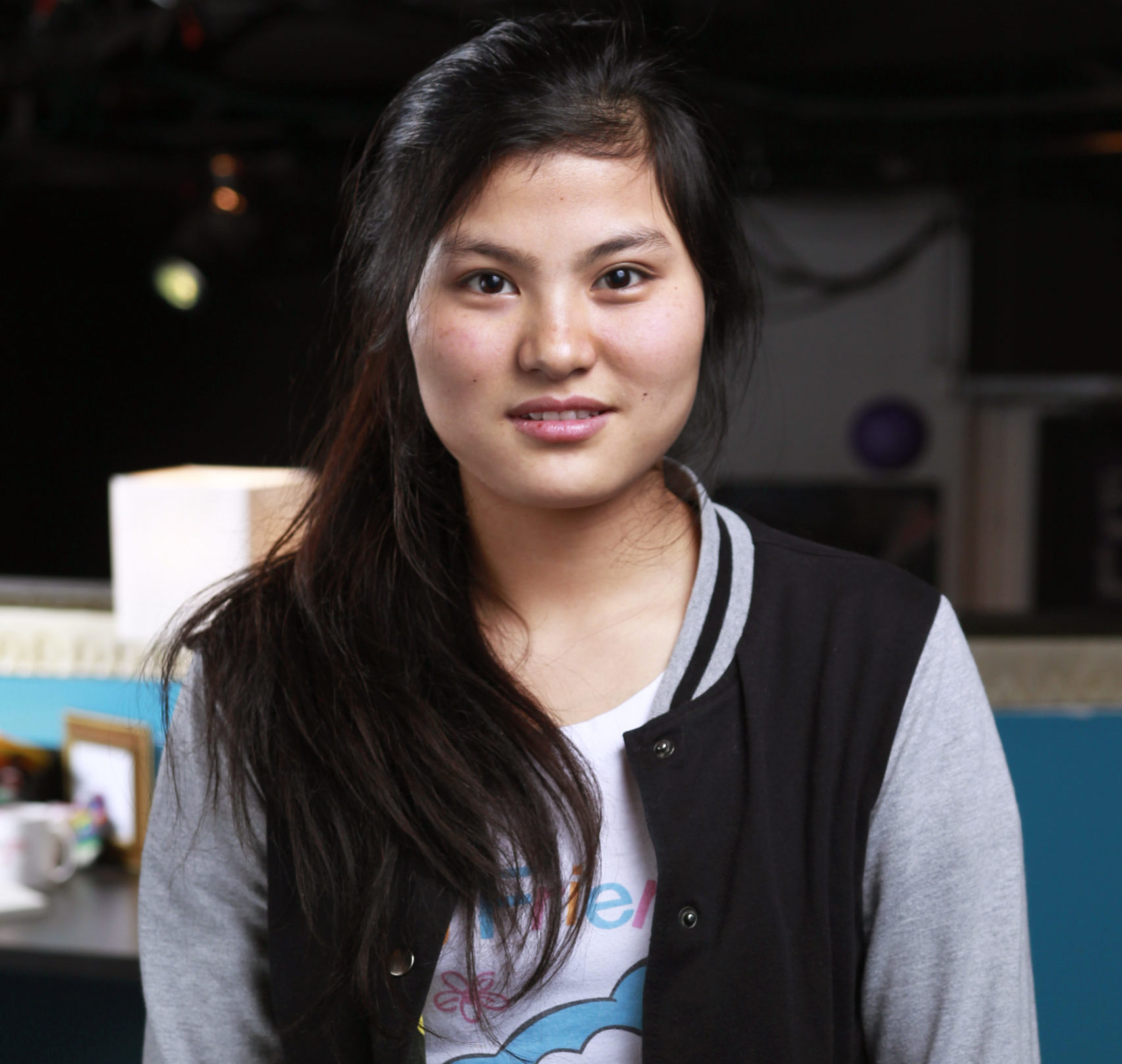 “I was excited to be here because I wanted to go into the tall buildings. I remember when a friend of my mom took me to the Mall of America. I was riding the roller coaster and it was so high, so I was so scared!”

When Aye Aye Win first arrived in the United States, she was nervous about starting over. In time she has grown accustomed to this strange, new land.

Aye Aye was born in a Thai refugee camp to Burmese parents. Her father worked as a farmer, and her mother sold the produce he grew at the local market. Growing up, Aye Aye went to school, visited the nearby forest, sang Karen songs, and played games with her friends. Things changed after Aye Aye’s parents divorced.

With her parents separated, there was less income for the family. Aye Aye and her sister moved to Bangkok to work at a meat packing factory in order to earn money. While working at the factory, Aye Aye received a message from her mother: they were moving to the United States. After a year-long resettlement process, Aye Aye finally made it to St. Paul, Minnesota.

When she arrived, everything felt strange. The buildings were taller, there were a lot more cards, and the houses, people, and food were completely different. When she started school, Aye Aye was nervous but soon made friends with many other Karen refugees. Her hobbies include acting, singing, and watching movies. In the future, Aye Aye hopes to become an interpreter to assist her fellow immigrants.