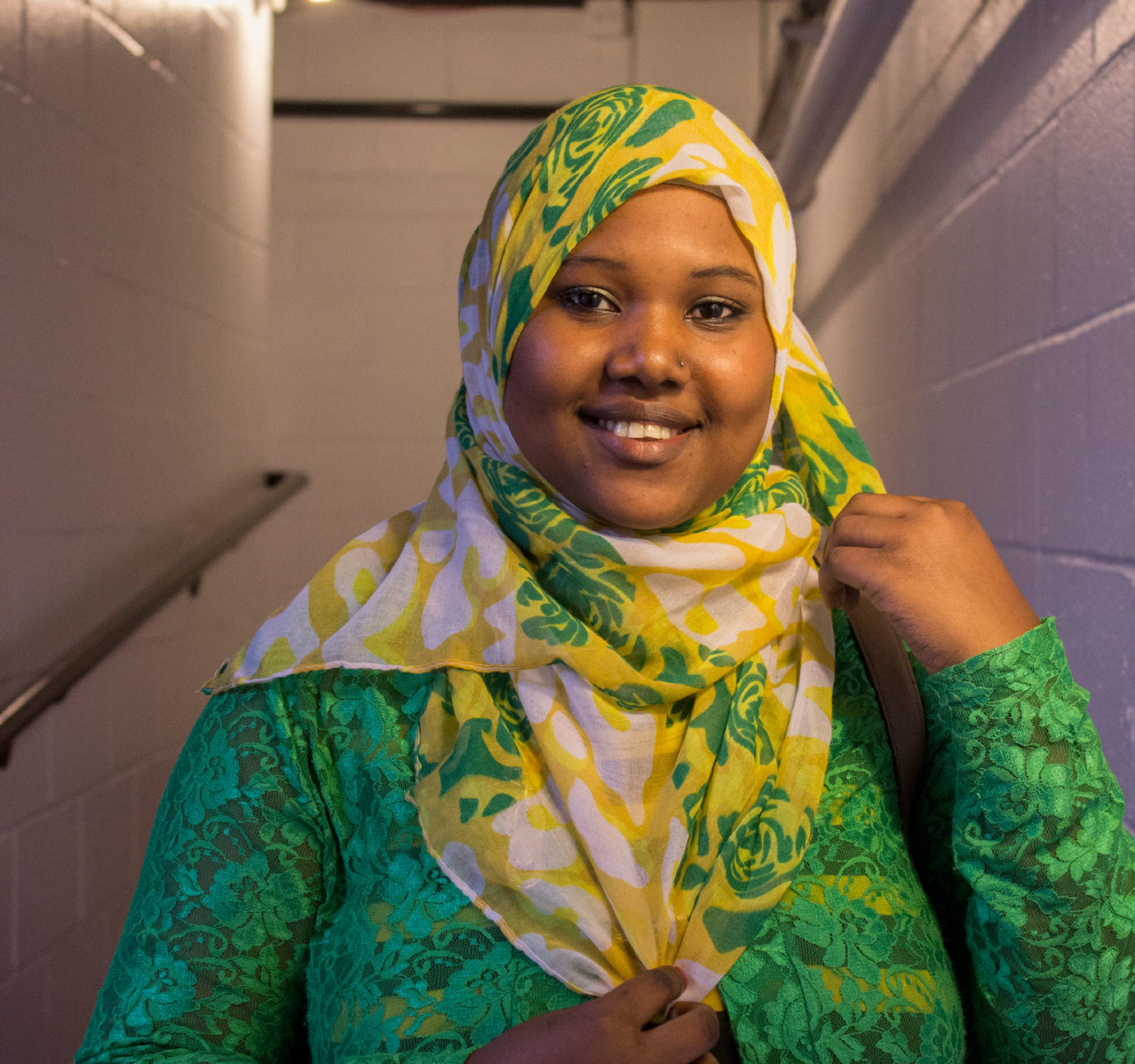 Life in Somalia and Kenya was very difficult for Aysu-Ayan Arbow. When she found out she was coming to the United States, she was excited to begin her new life.

Ayan was born in Jilib—a town in the southern portion of Somalia—and lived there for ten years. Her family fled Somalia to escape the violence of the Somali Civil War. For seven years, Ayan lived as a refugee in Kenya. She started going to school but dropped out when her family could no longer pay her school fees. She began to work at a vegetable stand to earn money.

In 2013, Ayan was notified that her family was going to be resettled in the United States. She was thrilled. The first place in which she lived was Pennsylvania. Although she lived there for three months, Ayan spent most of her time indoors while she waited for the culture shock to pass. She was amazed at the strange new language, buildings, and food.

Since then, Ayan moved to Minneapolis. Despite her initial challenges, she has grown to love her new home. She attends Wellstone International High School and works as a cleaning specialist to support her family. After high school, Ayan wants to graduate from college and hopes to provide a good life for herself and for her son.