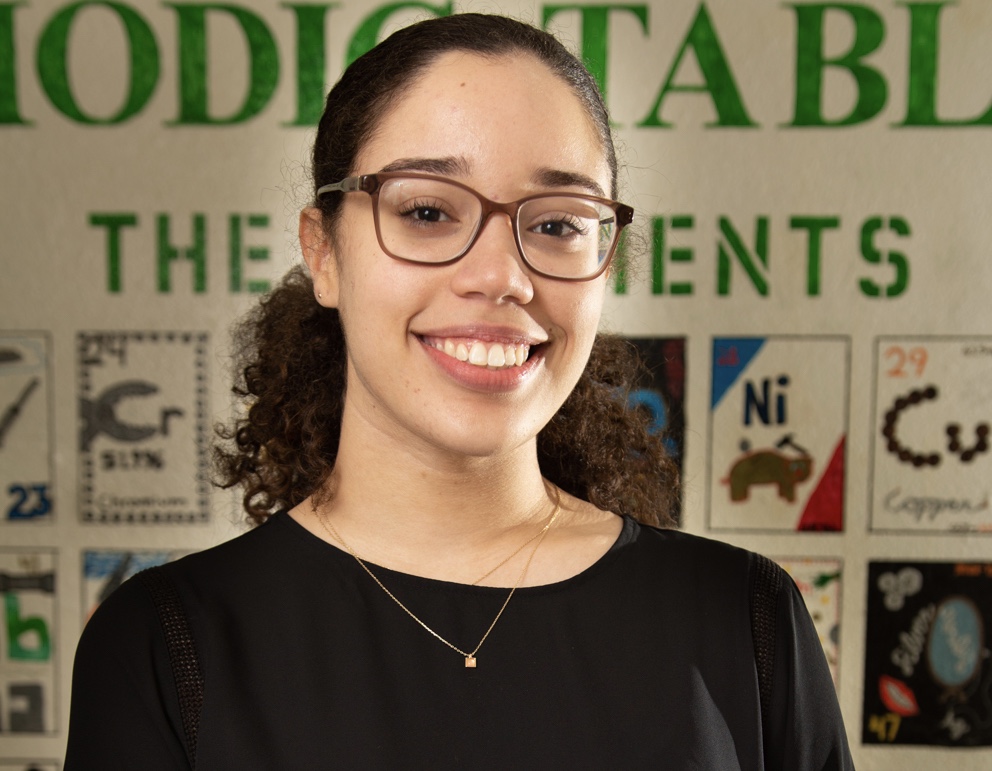 Although living in the Dominican Republic shaped Chrstine Encarnacion into the person she is today, the chance to move to Madison, Wisconsin, provided her with new and exciting  opportunities.

Later, her dad moved back to the United States for work, and the rest of her family joined him in Pennsylvania a year later. Moving to a new country prompted her to try new things; for example, during her freshman year of high school she joined the rugby team. She moved again when her dad got a job in Mexico, where she started playing basketball.

When her dad’s job moved them to Madison, Wisconsin, she wanted to try something new again; here she joined the robotics team, CyberPatriots, and an engineering club. Moving to Wisconsin gave her the chance to try STEM activities. She loves creating things and learning new ideas, which led her to take a  computer programming class. Christine plans to get her degree in electrical engineering with a minor in computer science. She hopes to inspire other women to go into STEM as well.