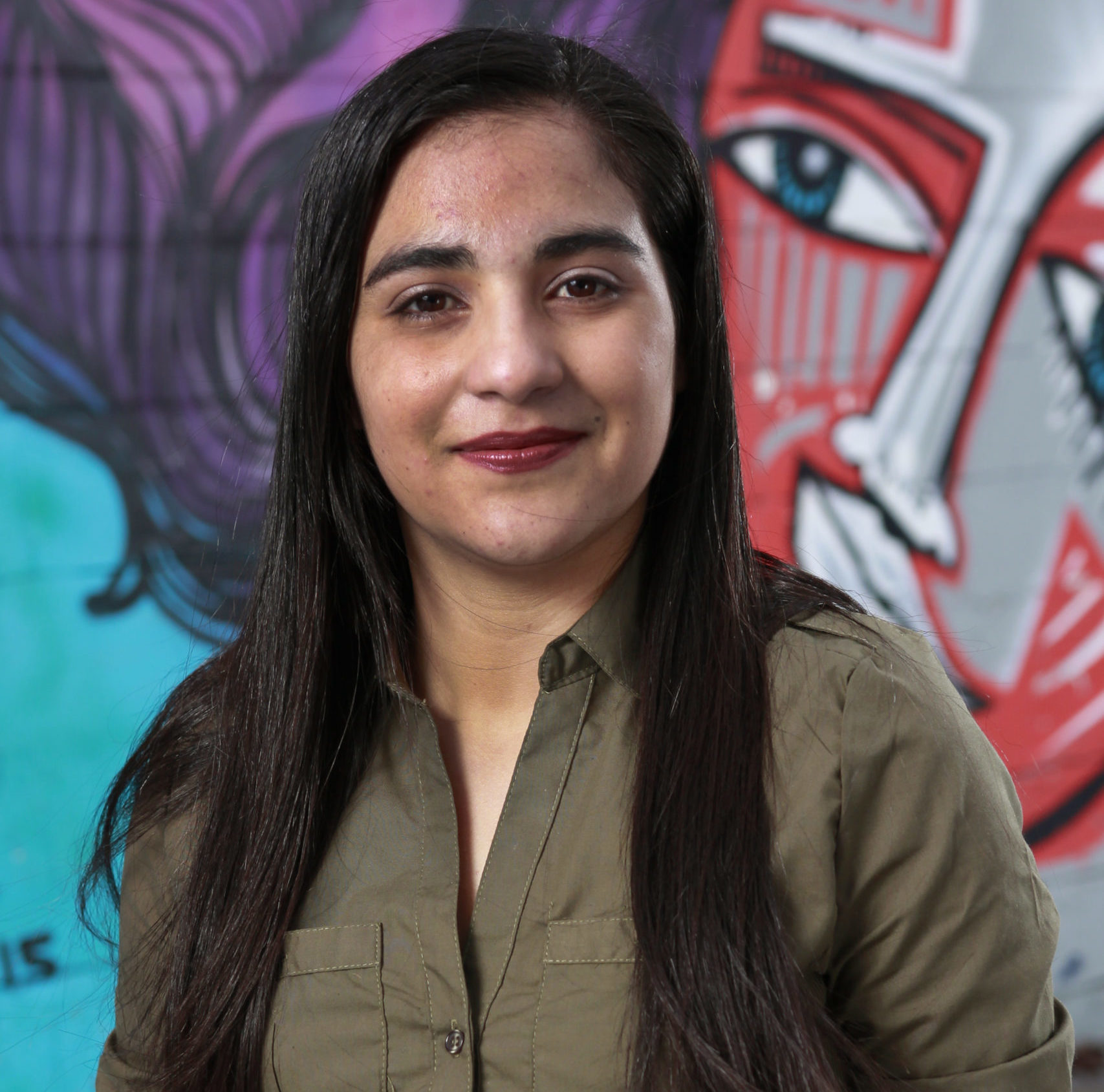 “I used to work with my uncles on a farm, growing tomatoes, green beans, and things like that… it was hard, but I realized I had to work to help my mom and to be independent.”

While Christina Vasquez was glad to be reunited with her mother in the United States, she had to leave her grandparents in El Salvador to do so. She hopes to someday reunite with her entire family there.

Christina was born in the small town of El Aguacatal, El Salvador. She was raised by her grandparents, uncles, and aunts after her mother left to find better work. Christina helped her uncles tend the farm where they grew tomatoes, green beans, and other produce. Other day she would pack the produce and bring it to the local market.

When she was sixteen years old, Christina decided she wanted to live with her mother in the United States. She left everything in El Salvador behind and made her way to Minnesota. When she first arrived, Christina was ecstatic to finally see her mother again. After the initial joy settled, she began to struggle to adapt to her new surroundings.

Since then, Christina’s life has gotten much better. Her English has improved thanks to her teachers and friends at LEAP High School. She works as a cashier after school to earn money and help out her family. After graduating from high school, Christina hopes to go to college and become either a nurse or lawyer.