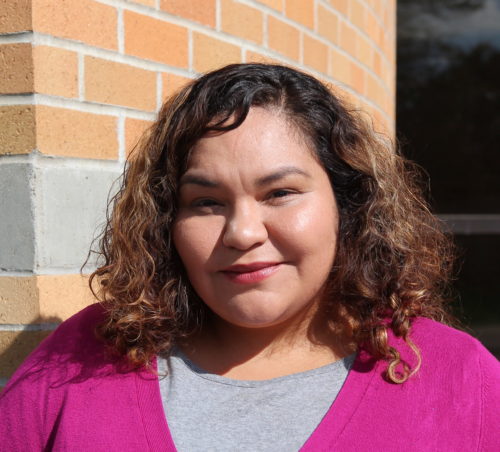 “I consider my community to be anyone that has been oppressed or marginalized in any way, so it’s a broader sense of community that I perceive to be my own.”

After growing up in a Spanish-speaking neighborhood in Chicago, Evelyn Melendez moved to Minnesota, but felt like she was living in a whole new country.

Ms. Melendez was born in Chicago, Illinois to parents who emigrated from Mexico. She grew up in the La Villita neighborhood of Chicago, a low-income area that was predominately occupied by Latin American families. Her parents operated a restaurant in the city but looked to move somewhere else. An acquaintance told her parents about a space he owned in Melrose, MN. They visited the space and decided to open a new restaurant—El Portal.

Ms. Melendez stayed in Chicago with her siblings until she was in college. She transferred to St. Cloud State University where she graduated with a focus in business and anthropology and a minor in ethnic studies. Living in central Minnesota was a stark contrast to her life in La Villita. She was no longer surrounded by people with a similar background, and she felt a loss of self-identity.

Currently, Ms. Melendez works as a sexual assault advocate at the Central MN Sexual Assault Center. She also works as a youth group coordinator with the Catholic Charities Building Futures Program where she helps provide community education classes for at risk youth.