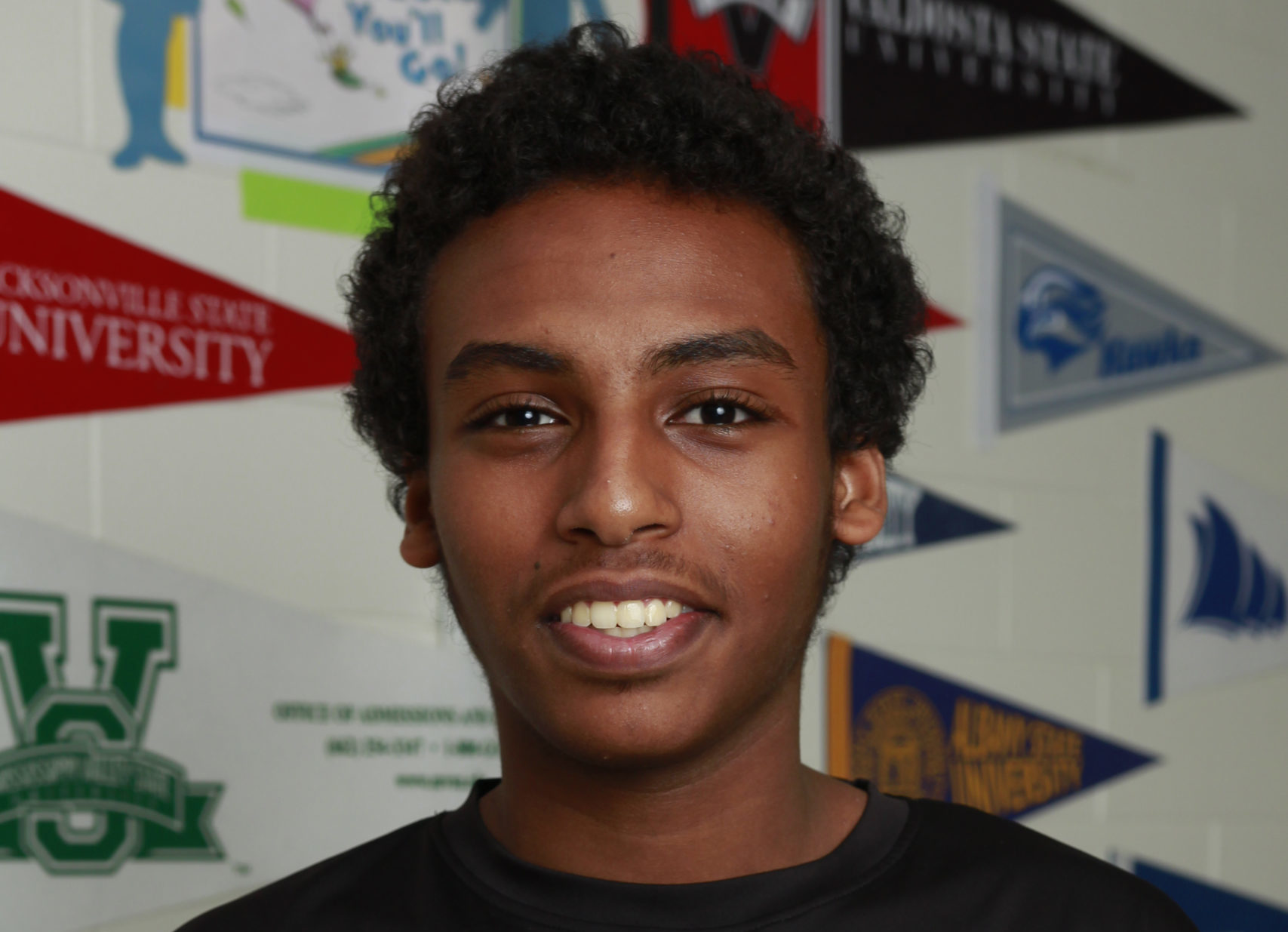 “The only thing that’s hard for me is trying to remember the things from before, trying to still keep that part of me—my culture and my country.”

Adjusting to life in the United States provided a number of obstacles for Faysal Ando; however, he has learned to adapt quickly to his new environment.

After he was born, Faysal’s mother won the Green Card Lottery. She took Faysal with her in 2002, but he was sent to Ethiopia to live with his father until his father could get a visa as well. Growing up in Ethiopia, Faysal liked to play soccer in the street. He couldn’t afford a real soccer ball, so he used one made from dirt.

In 2008, Faysal’s father finally obtained his visa, and they started getting ready to come to the United States. By that time, Faysal had not seen his mother in six years—he had almost forgotten what she looked like. When he first arrived in Atlanta, he was in awe of the giant buildings and busy highways.

While adjusting to life in America, he had many challenges. Faysal used soccer to help create a connection with others and make new friends. Currently Faysal is in high school. He is an avid reader and plays on the schools’ JV soccer team. Although he is not exactly sure what career he will choose, Faysal plans to help his family still in Ethiopia and strength his community.