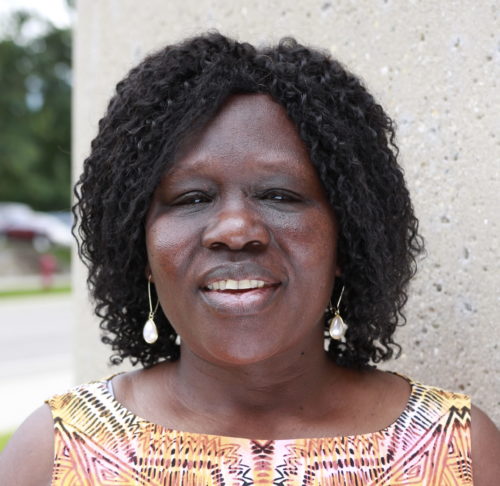 Florence Orionzi has moved from place to place for most of her life. For her, home is wherever he family is.

Ms. Orionzi grew up in a large family, and attended boarding school until civil war broke out in the country. Florence and her family—now refugees—left Uganda for the Democratic Republic of the Congo, formerly known as Zaire. To continue her education, she moved to Sudan before the United Nations helped her attend college in Lesotho.

After college, Ms. Orionzi became a teacher, got married, and started a family. However, the Lesotho government didn’t want refugees to remain in the country permanently; Florence considered her options. War continued in Uganda and Sudan so she decided to apply for asylum to the United States. When she arrived in North Dakota, Ms. Orionzi stayed home with their two young children before she found a part-time job as a laboratory technician.

Since then, Florence moved to St. Cloud, went back to school for her teaching license and master’s degree, and taught high school for several years. Currently, she works with Catholic Charities as a cultural transition specialist and parent educator. She is also active in the African Women’s Alliance, a local support group for recent immigrants.