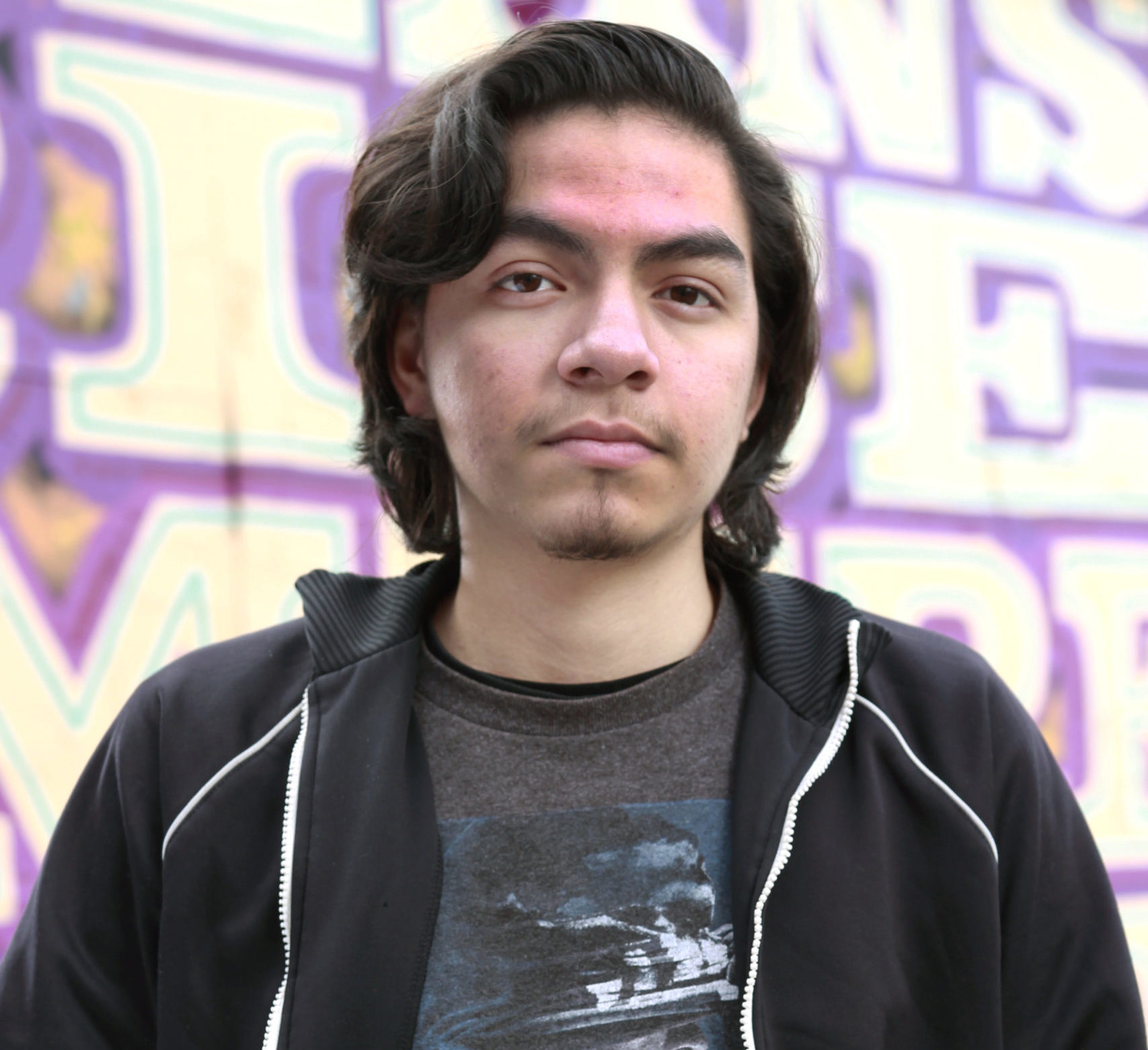 “I remember trying American food. It was better than the food in El Salvador. I like the buffets. We still eat food from El Salvador every day at my house. I don’t like how my family makes it because there aren’t enough spices on it.”

Isaac Flores grew up listening to his father’s stories of life in the United States. When he got older, Isaac decided to embark on his own journey here.

Born in El Salvador, Isaac grew up with his parents and four siblings. His father had visited the United States in his youth and would tell Isaac stories about his experiences there. In El Salvador, Isaac spent his time going to school, playing video games at an internet cafe, learning the guitar, swimming at the beach, and playing soccer with his friends.

Because of the extreme violence and poor economy in El Salvador, Isaac prepared to leave for the United States. His grandmother and other relatives were already stateside, but he would have to leave his parents and siblings behind. Upon arriving, Isaac was glad to see his relatives at the airport but felt off balance in such an unfamiliar place.

Since then, Isaac enrolled in LEAP High School in St. Paul, Minnesota. He transitioned rather smoothly since his father taught him some English when he was younger. His favorite subjects are art and gym. After finishing school, Isaac dreams of exploring the rest of the United States and travel around the country.