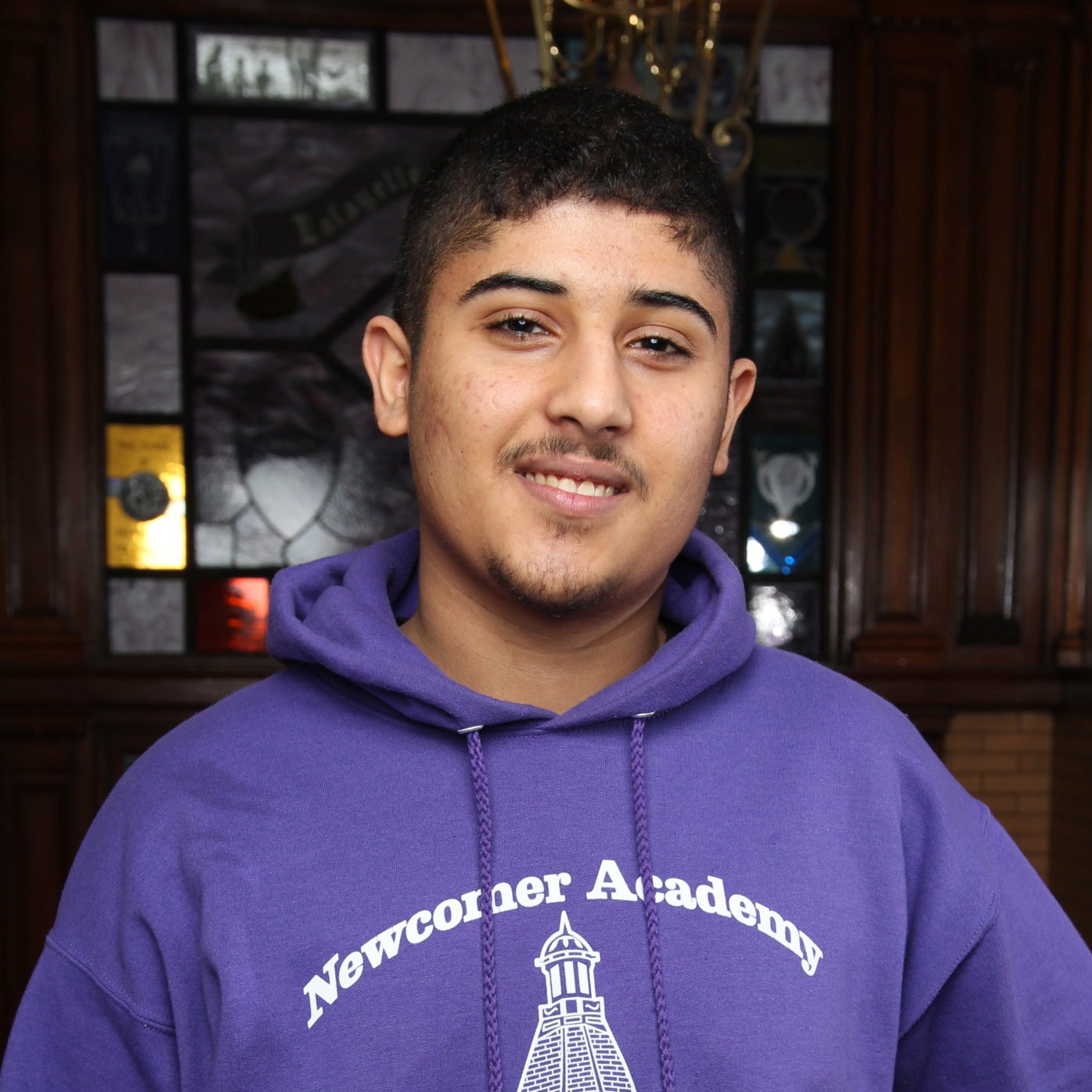 “I thought everything would be difficult when I met my teacher for the first day. But I saw a lot of students and they were just like me. They have been through difficult situations like me.”

Manea Almadrahi was born and raised in Yemen until about 2017 where he lived in a peaceful and friendly community with his mom and brother while his father was working in the United States. War was waging in Yemen since 2015 and as fighting escalated they decided they must move to America. The embassy in Yemen was closed so Manea and his family took a boat to Djibouti, a country in Africa.

In Djibouti Manea and his family attempted to qualify for passports but were denied unless their father was there. When Manea’s father returned to help his family, the embassy still wouldn’t allow the mother to have a passport due to the Muslim Ban. At a certain point, the father needed to return to the U.S. to buy his medications but Manea’s mother still couldn’t leave. Sadly, Manea had to leave his mom and come to America with his dad and siblings without knowing if he would see his mom again.

Manea went on a journey from Djibouti to Turkey to New York City and then finally to Buffalo where he still resides in today. He was afraid of his transition into this new unfamiliar world but he soon learned there were others in the same situation as him, which comforted him, and the teachers were friendly as well. A little after Manea arrived in the U.S., he found out that their mother found a way to obtain a legal passport. She joined her family in Buffalo safely and the family is all together once again.

Today, Manea is grateful for the opportunities he is given in America compared to Yemen. Manea will never forget his history and upbringing in Yemen but he’s looking forward to completing his higher education and beginning his career path wherever it may take him.