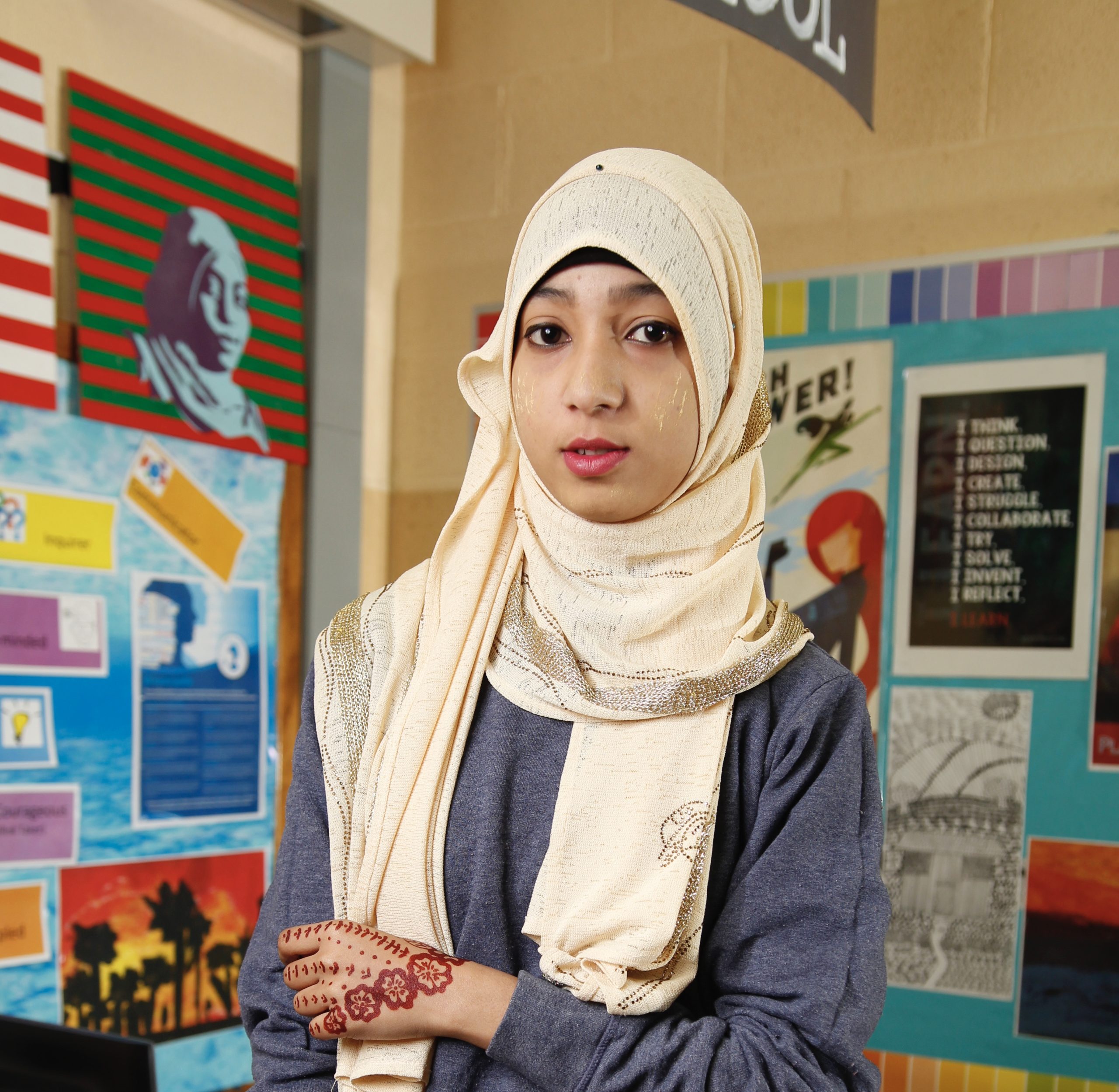 When she was young, it was difficult for Marjida Bi to obtain an education in Thailand, but that changed when her father brought the family to the United States.

Born in Mae Tan, a refugee camp in Thailand, near the border of Myanmar. She is the youngest child in the family with two older brothers. When she was two months older, her family moved to Mae La Camp. She did not enjoy school when she was young, but ended up having to stop going by middle school because it was so expensive.

Her father was not able to live with them as he had to live elsewhere to earn money for the family. Her family was ultimately able to move to Thailand to be together, but it was hard to live there because people spoke different languages. She wanted to go to school, but in Thailand she did not have the required documentation to be a student. Her father learned that in America his children could receive an education.

Marjida was able to start school in ninth grade. Though it was hard to learn English, she has and now has many friends. She likes to help her mom, cook, watch movies, and design clothes. Her hope is to one day become a clothes designer.