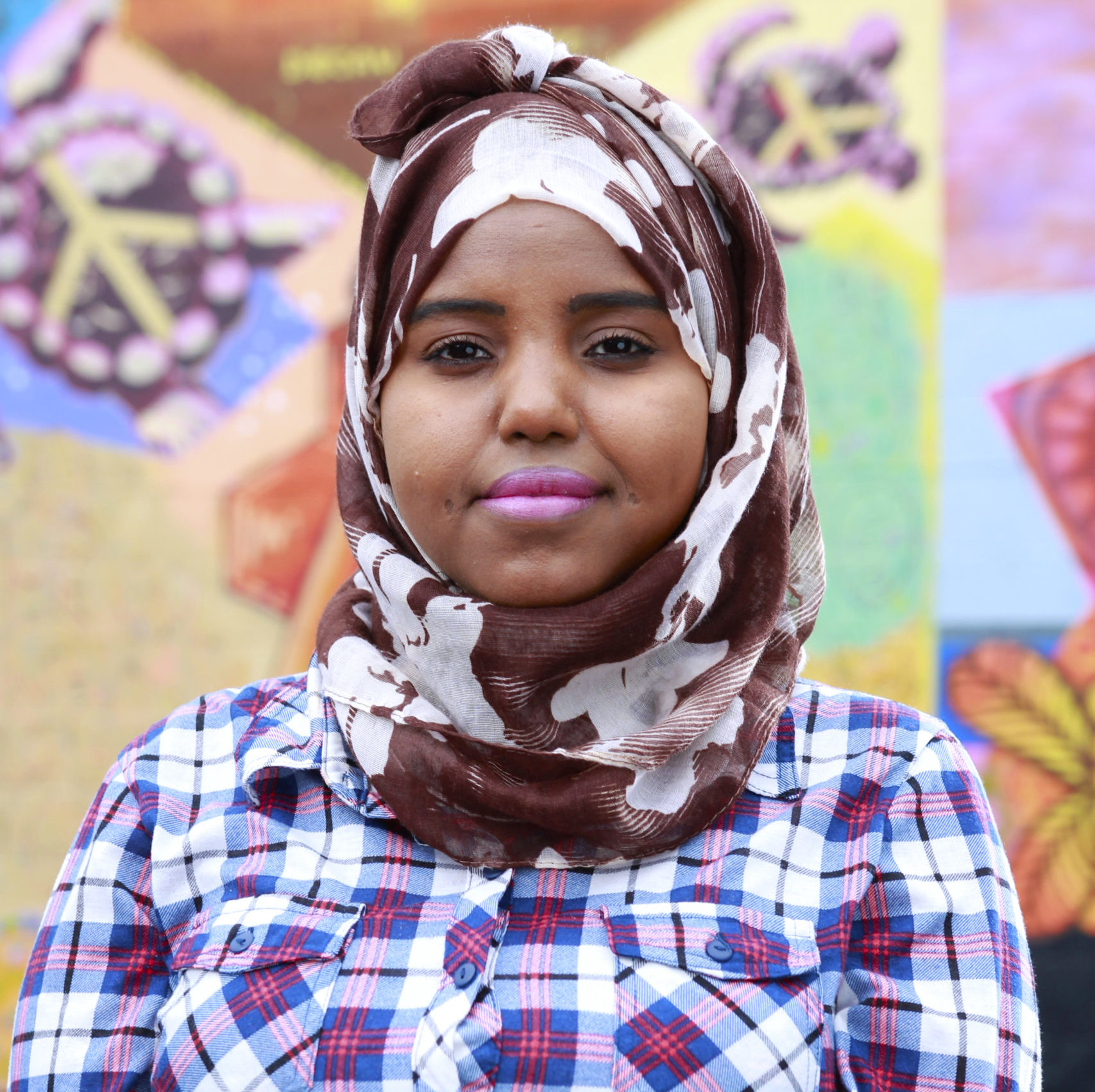 “I was just with my family and trying to be calm and be humble, you know, and we try to remember who I was and who I am so I don’t forget culture.”

For Nima Ahmed, moving to the United States wasn’t easy. The trials and tribulations she faced made her realize the importance of family.

Nima was born and raised in the Ali-Addeh refugee camp in Djibouti. She never had the opportunity to attend school, but from the age of six, she learned to cook, clean, and perform other household tasks. One day while Nima was playing with her younger brother, a neighbor told her that her family’s name was on the bulletin board in the center of camp; her family had been selected for resettlement. She ran home to tell her parents the good news.

When she first arrived in the United States, Nima felt a combination of excitement and nervousness. Everything was completely new to her, but she was looking forward to starting her new life. After spending three months in Atlanta, Georgia, Nima and her family moved to St. Paul, Minnesota.

Currently Nima is a senior at LEAP High School in St. Paul. After graduating, she plans on going to college to read books and write stories, especially about her life experiences. In the future, Nima hopes to return to Africa to help people and create jobs.