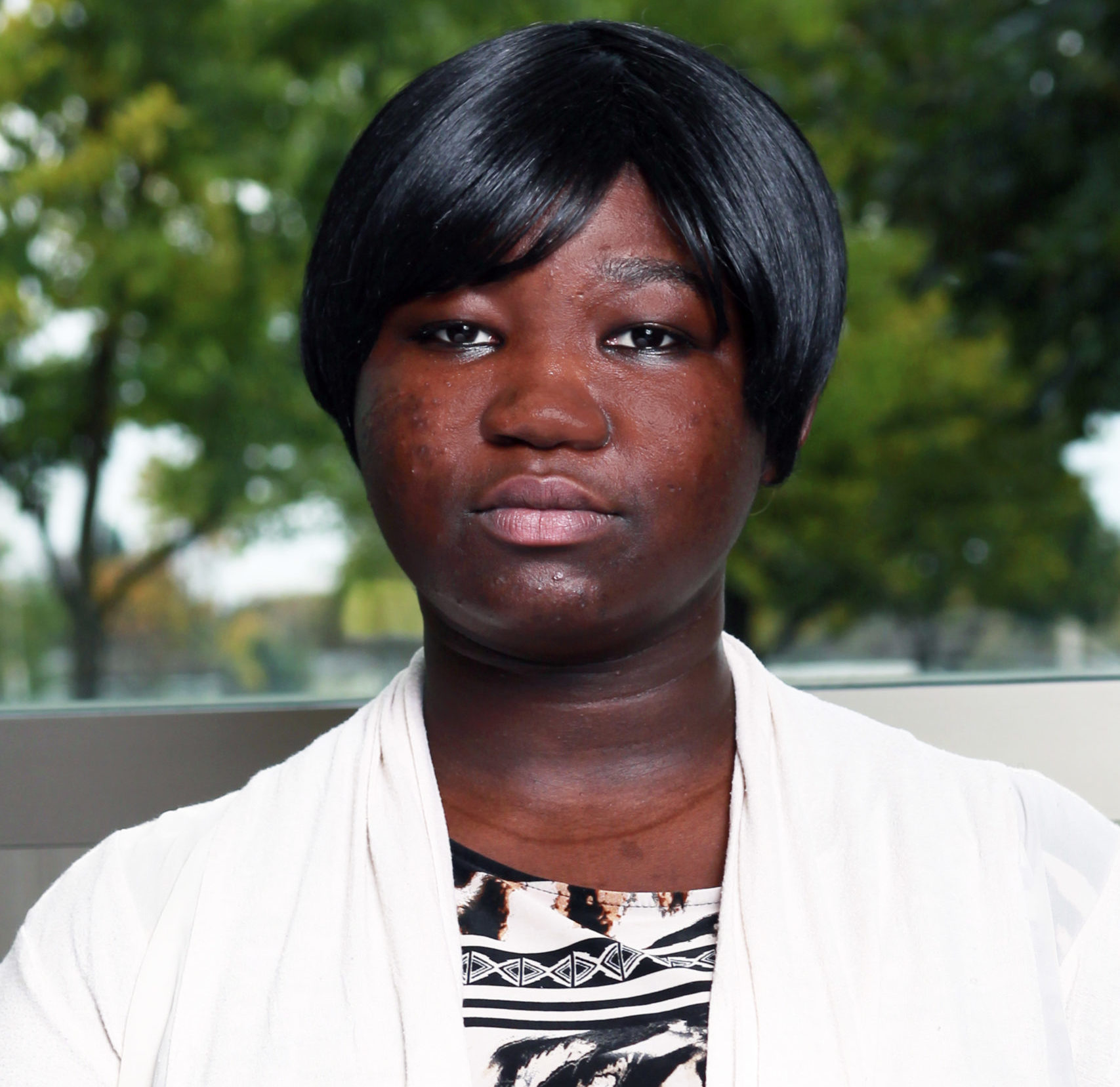 Although being deaf may have it’s challenges, Ruth Mekoulom has persevered with great strength and determination.

Born in the central African nation of Chad, Ruth was five years old when she contracted an illness that resulted in hearing loss. War came, and Ruth’s family moved west to Cameroon where she stayed until the age of thirteen. She attended a school for deal children until her family could no longer afford to pay tuition.

When Ruth learned her family would be moving to the United States, she was shocked. She didn’t want to leave her friends and family behind. After stepping onto an airplane for the first time, Ruth arrived in Fargo, North Dakota in March of 2013. She started school but struggled to follow along as the only deaf student in class. She was often frustrated and lonely because of her inability to communicate.

Since then, Ruth has thrived in Fargo and at South High School. She learned American Sign Language and is teaching her family how to sign as well. After school she enjoys spending time with friends by playing soccer, sewing, or playing games. After high school, Ruth hopes to work at a spa, make clothes, and do charity work.