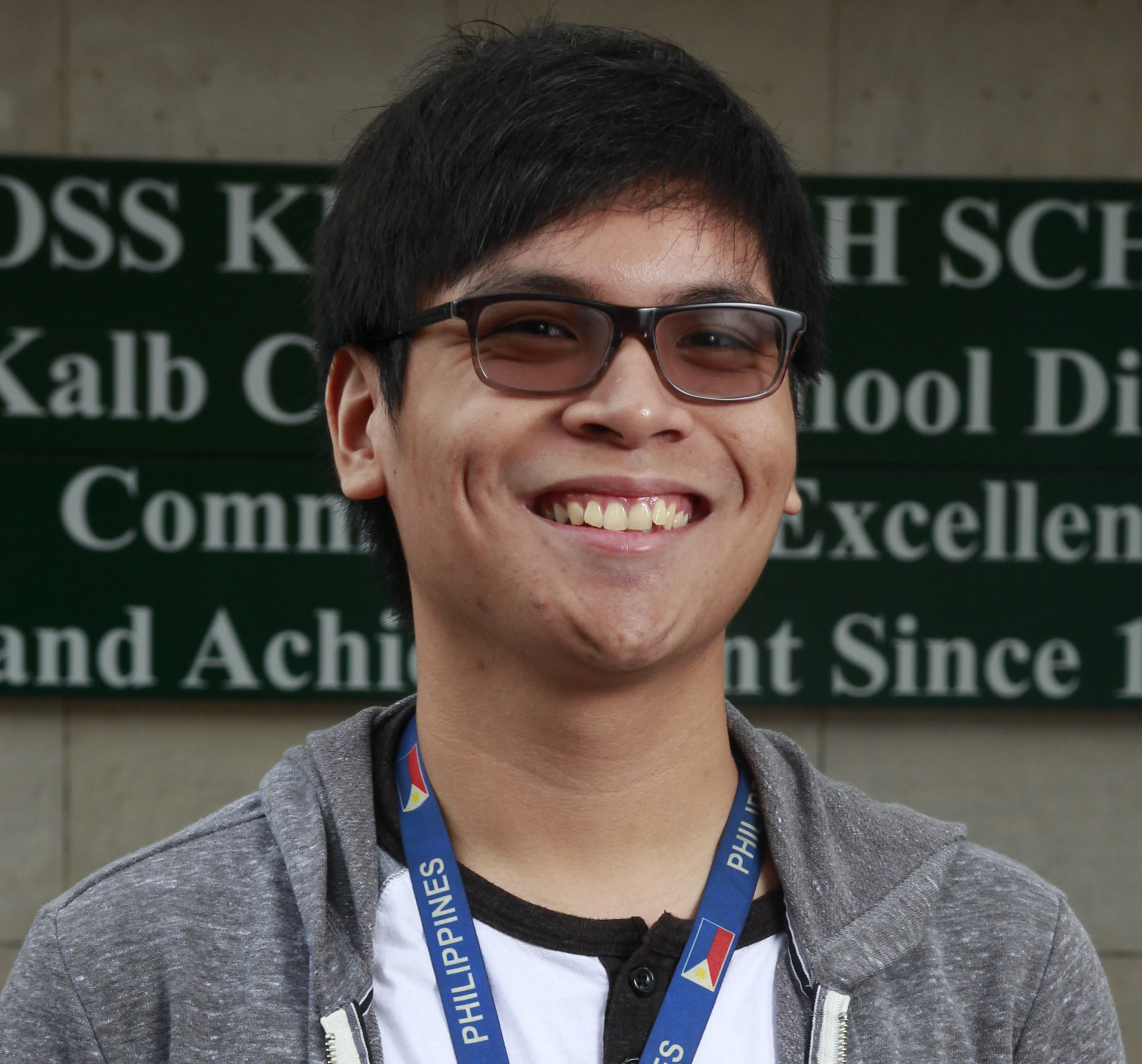 “I felt very different, and people bullied me, actually telling me I was different. At first it made me hate that I wasn’t born here, but looking back at it, I now feel unique and proud that I am different.”

It has been a long road for Sean Cordovez, but he feels fortunate to have better opportunities ahead of him. He intends to make his family proud and repay the many sacrifices they have made for him.

Born in the Philippines, Sean spent most of his early childhood without the presence of his father. His father was living in America and could only visit periodically. When his father came to see him, he would bring Sean baseball hats as souvenirs. When Sean learned that he would be joining his father in the United States, he had a big party to celebrate.

After a sixteen-hour flight, Sean landed in Atlanta, Georgia where he was met by his father. He ran as fast as he could to give him a hug. When he arrived at this new house, Sean was surprised to find that his family didn’t have to share a bed like they did in the Philippines. Getting used to life in America was pretty hard. As an introvert who didn’t speak English, Sean at first struggled to make friends.

Since his move, Sean has found a close group of friends that feel like a second family to him. He is involved with the National Honor Society as well as Beta Club. Whatever the future has in store for him, Sean wants to send part of his paycheck back to his family in the Philippines. He dreams of saving enough money to build them a new house.