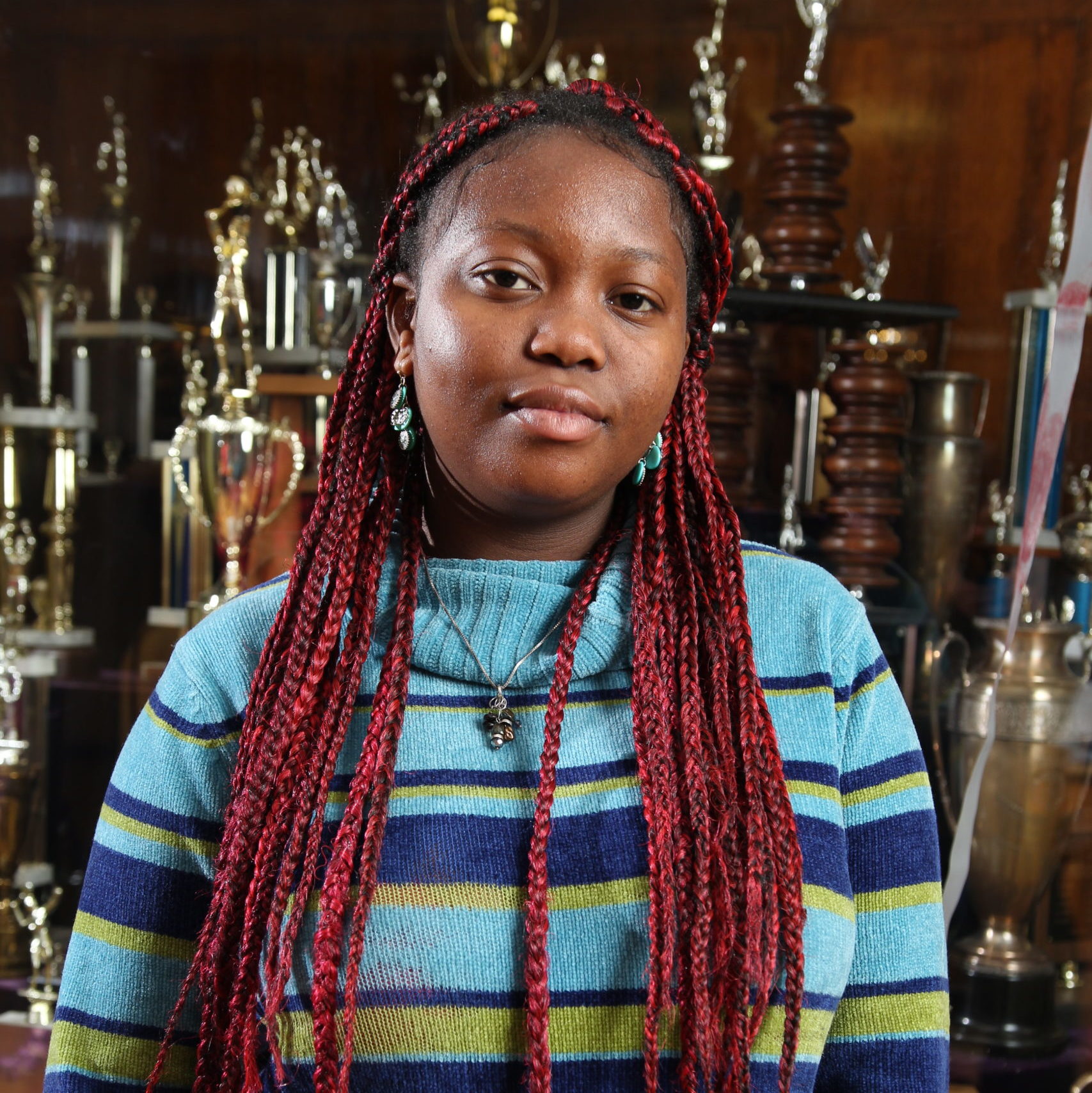 “There came a day when we had to stop going to school because of the money. My mom’s business wasn’t going really good. For school we had to have uniforms, school fees, and books. We also needed money for food and it was really hard for my mom to provide for all that.”

Sekuye was born in the Democratic Republic of Congo. At around six years old, she fled to Uganda with her family because of the violence. It was difficult to learn a new language and adapt to her new life.

Her mother would earn money while traveling between Goma and Uganda to support her children’s school expenses. There was a day where Sekuye and her sibling had to stop going to school because her mother’s business was not doing well. In Uganda, she did not go to school for long because she was a refugee. It was difficult for her to see her neighbor’s kids go to school while she was the only one not able to go.

Sekuye came to the U.S. in 2016. She had experience traveling with her mother, siblings, and cousins. The case worker that welcomed here and her family to America was a nice person. In a family of six kids, they had to wait to be sorted into the proper grades in school.

She was fascinated by all the new things she saw in America. She and her family were put into a large house at first, there are six kids in the family, but there was violence in that neighborhood and their neighbors would harass them.

School was difficult for Sekuye because she had to learn a new language and she was struggling in class. Fortunately, she eventually made friends. When she finally went to high school, she was nervous because it was a new journey for her. However, she fit right in, feeling comfortable with the different cultures surrounding her, the students that could speak the same language as her, and the teachers that supported her. She enjoys her school life and dreams to be a nurse to help people in need.