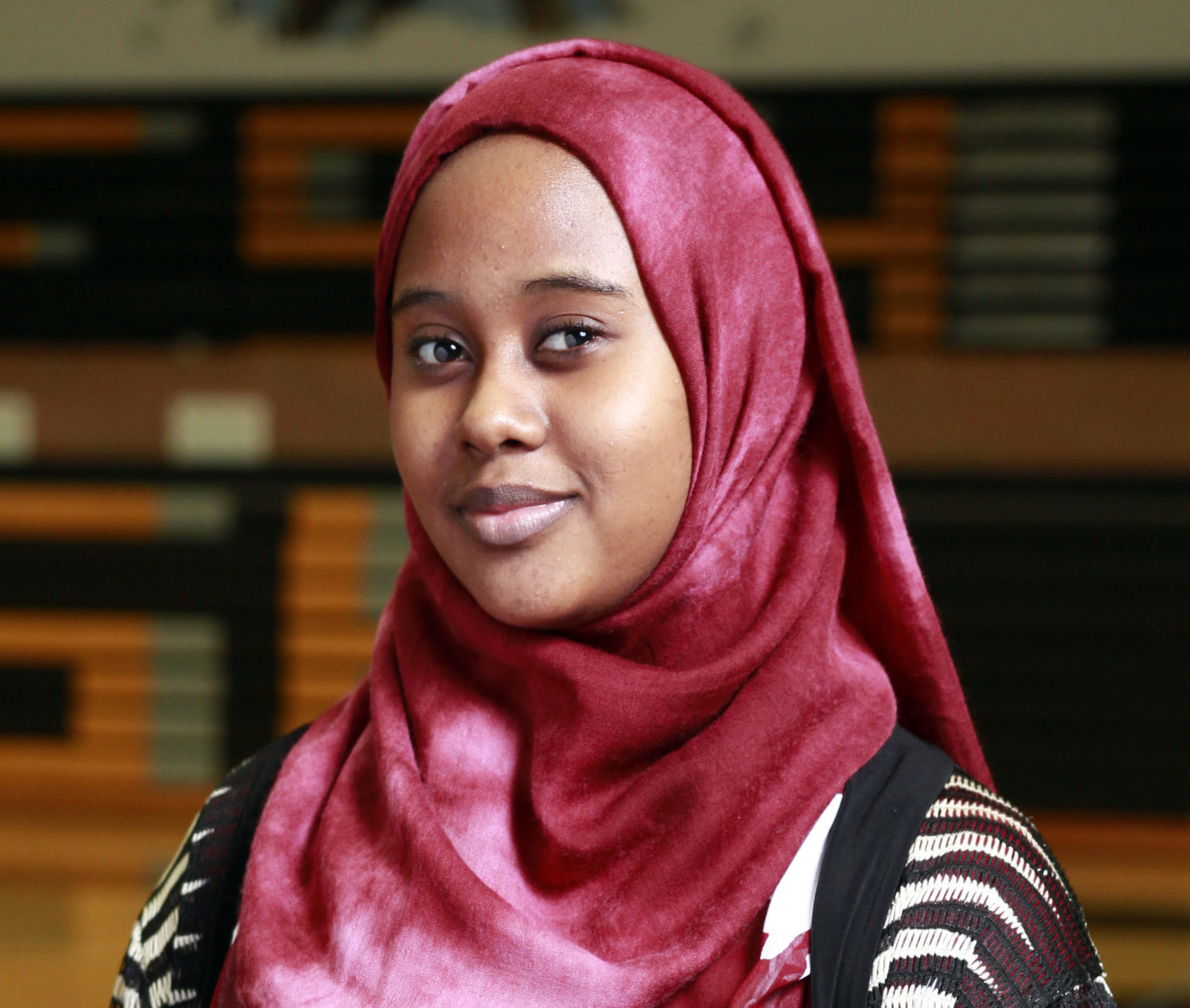 Since moving to the United States, Sowda Shube decided to use her many talents to stand up for the rights and liberties of her peers.

Although her family lived in a refugee camp, Sowda lived a comfortable life; her father earned a steady paycheck by working with local buses. Most of Sowda’s time was occupied by school and prayer. Located in downtown was a board that listed the names of the families who had been selected for resettlement. Sowda’s father checked the board daily until he became disheartened and gave up.

One evening, Sowda’s uncle announced that Sowda’s family was on the board; they would be moving to the United States. Sowda was faced with mixed emotions. While she was excited to move to a new place, she was sad to leave so many of her friends and family behind in Kenya. After a lengthy journey across the Atlantic, Sowda arrived in Chicago.

Since then, Sowda and her family moved to Fargo, North Dakota. In addition to being a student at Fargo South High School, she works at a retirement home, helps her family with housework, and plays a number of different sports. In the future, Sowda wants to become a lawyer and defends the rights of others.