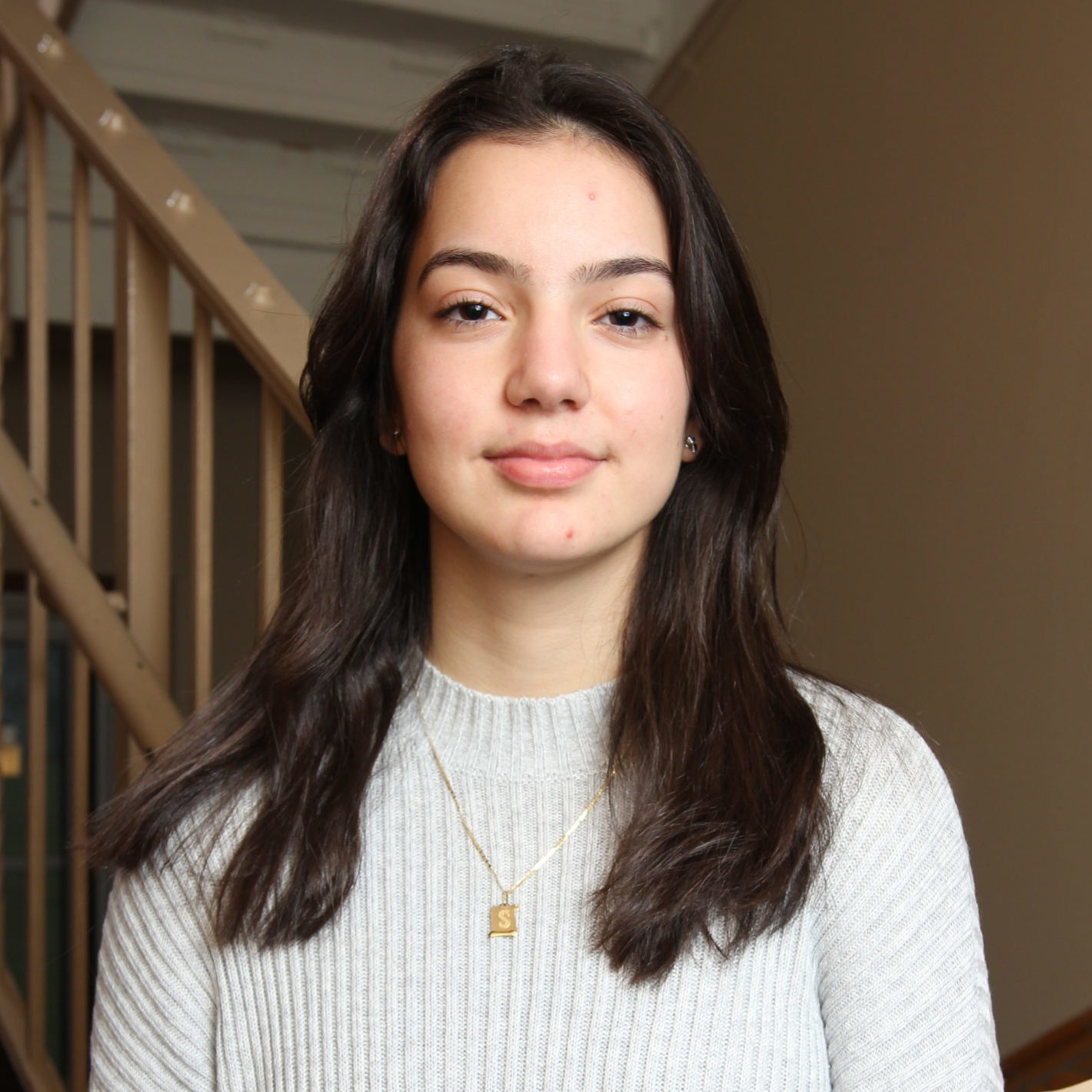 “Immigrants should remember that even if they feel like an outsider in the beginning, by pushing through and not getting caught up in their struggles, they can move forward to fulfill whatever they can. That’s the best thing we, immigrants, can do for ourselves.”

Stela was born in Northern Greece near the Albanian border. Her family moved there in the 1990s to escape the war in Albania. After Stela was born, they returned to Albania where she grew up with her parents and sisters.

The living conditions in Albania weren’t ideal. There was no hot water, roads were full of potholes, and the public education system wasn’t strong. As a result, her parents wished to come to America to give Stela and her sisters a better life. For several years, her parents applied for the Green Card lottery in hopes of immigrating to America. Fortunately, her mom won it in 2014, which marked a new chapter for Stela.

After arriving in America, Stela had to adjust to her new life. In Albania, Stela was comfortable since she was always surrounded by the same people. In America, however, it was difficult for Stela to make friends as there were language and cultural barriers. Additionally, because she had to stay on top of her English, it made school difficult. Luckily, Stela was able to adapt to these challenges over time. As her English improved, she was not only able to make friends but also started advancing in her classes.

In high school, Stela came to an important realization: rather than trying to live like an American, she was going to live as she would have anywhere else. This realization pushed Stela to pursue her passions, such as dance and volleyball, instead of only concentrating on learning English. Now, Stela is focused on working hard in school to attend a good college. From there, she plans to get a job where she can support herself and her family. Because her parents sacrificed everything to come to America, Stela is determined to reach her full potential here.