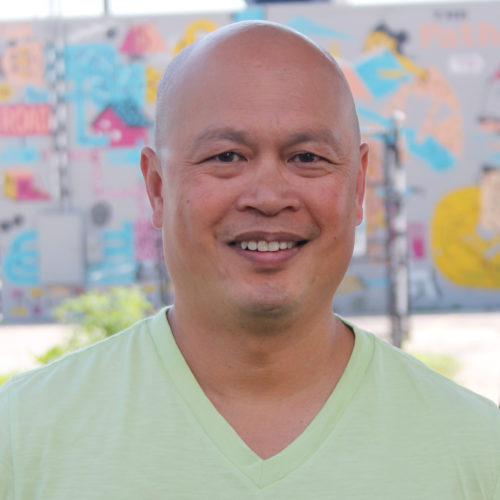 “Living in the U.S. has provided great opportunity. Through education, through freedom it’s allowed me to do what I want to do.”

Living in rural Wisconsin, Trung Pham became assimilated to American culture, even forgetting his native language. As time went on, however, he rediscovered the importance of his roots and embraced his heritage yet again.

Mr. Pham was born in Biên Hòa, Vietnam. In order to shield him from the ongoing war, his father—a member of the Vietnamese Air Force—sent Trung to live with his grandparents in another part of the country. During the fall of Saigon, Mr. Pham was suddenly given the news that his family was leaving the county. His father had made arrangements with a friend from the navy, and Trung embarked on a boat without knowing where it would land.

The naval ship landed in the US territory of Guam, and Trung was processed to go to America. His first stop was in Pennsylvania. Mr. Pham spent two months in a military camp where he awaited sponsorship. A farmer from Wisconsin sponsored his family, and they left the camp. The frozen tundra of Wisconsin was a stark contrast to the tropical country of Vietnam.

After graduating college, Mr. Pham spent several years moving throughout the U.S. as a corporate professional. Wanting to be close to his extended family, he settled in the Twin Cities. Trung fulfilled his dream of starting a business through a restaurant—Pham’s Deli. Mr. Pham lives in Eden Prairie, Minnesota with his wife and three children.