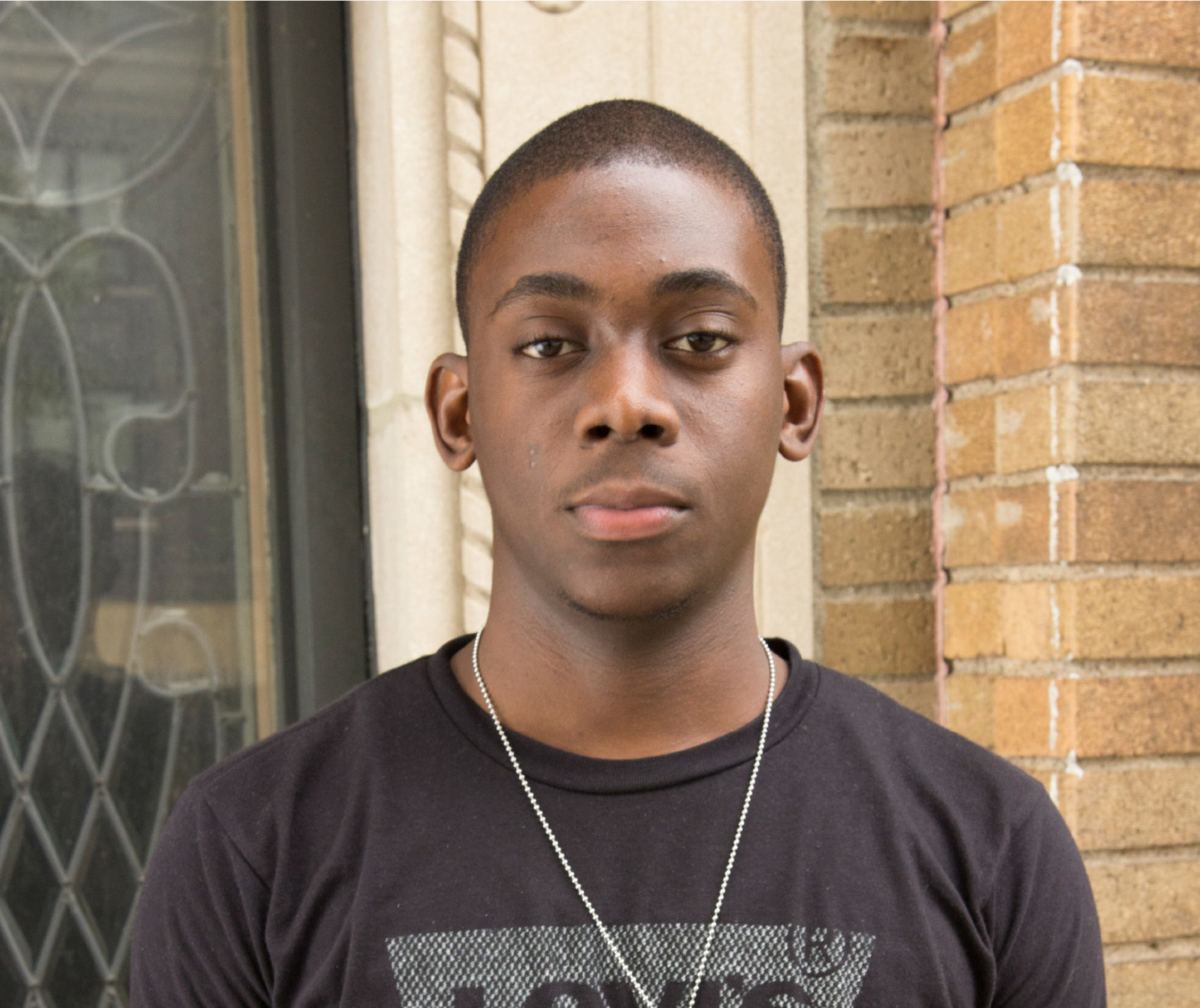 Like many immigrants, Wendy Saint-Felix had to leave family members behind. He hopes to one day bring his grandmother to come live with him in the U.S.

Wendy was born in Port-au-Prince, the capital city of Haiti. He spent most of his early life living there with his mother, grandmother, sisters, and uncles. Wendy and his family moved to the Dominican Republic after the devastating earthquake of 2010 ravaged Haiti. At only thirteen years old, he had to learn a new language—Spanish—and make new friends.

One day, after returning home from school, Wendy learned that his family was moving once again—to the United States. He wasn’t keen on the idea of leaving. He would have to learn yet another language and leave his friends behind again. But the hardest part was that his grandmother would not be joining them in the United States.

When he arrived in Minneapolis in 2015, the first thing Wendy noticed was the cold. He still didn’t like the idea of living in his new home, but he decided to give it a chance. Currently, Wendy is a high school student at Wellstone International High School. After graduating, he would like to enlist in the military, and bring his grandmother to the Minnesota.