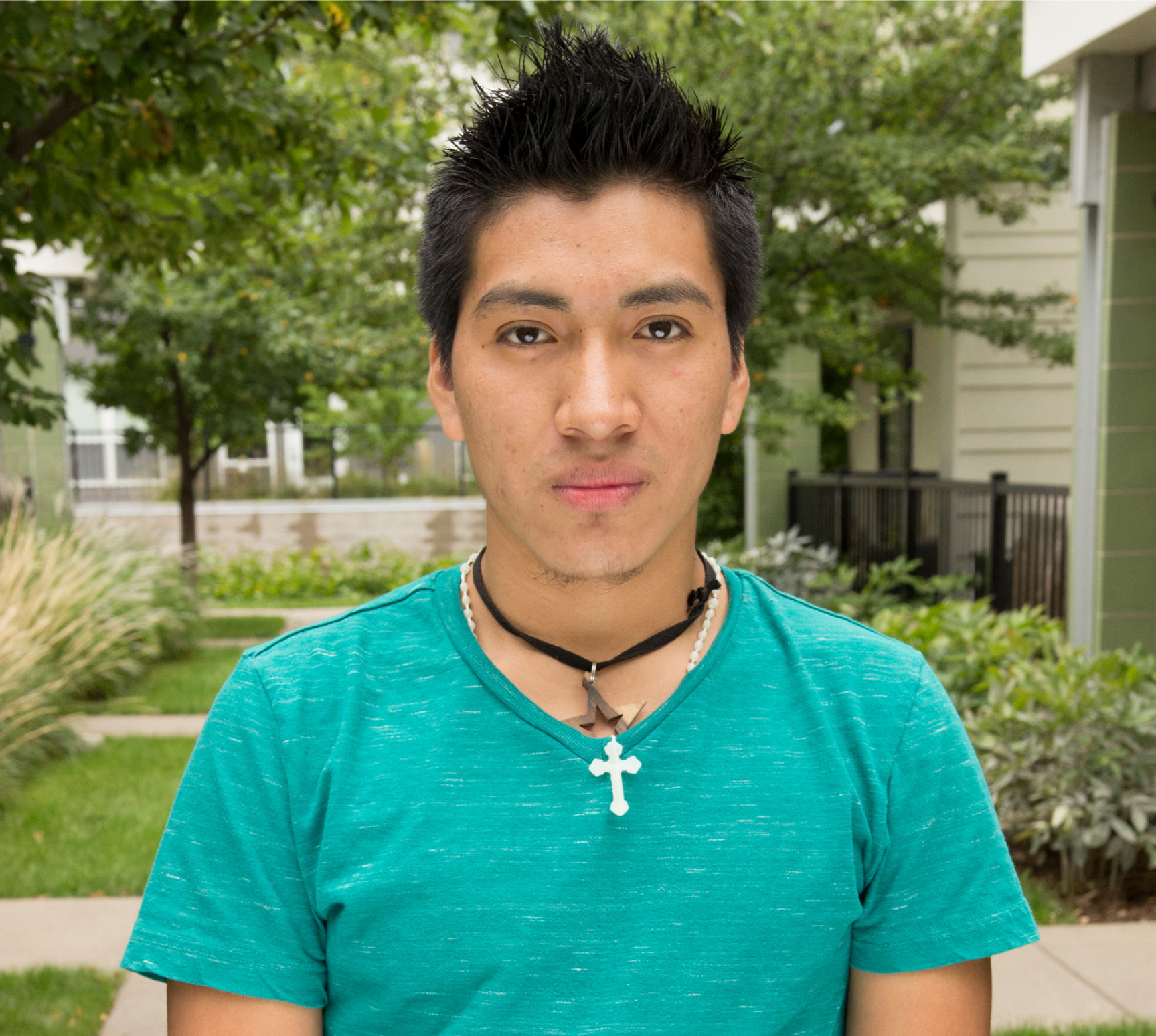 Willian Alonzo left Guatemala so he could help his family. Now, he’s able to send enough money back home to send his brothers to school.

Willian was born in Quetzaltenango, Guatemala. He grew up in a very poor family. He was often absent from school so he could work with her father and dropped out altogether when his family couldn’t afford his tuition. Wanting to provide a better life for his family, he decided to come to the United States.

The journey from Guatemala to the United States was long and arduous. He first took a bus to the Mexico-Guatemala border and walked in the mountains for hours to get across it. From there, he took another bus and a train to reach the Rio Grande at the Mexico-USA border. While making his way through Texas, Willian was caught by Immigration officers.

After spending two months in a detention facility, Willian was able to contact his uncle in Minnesota. Because he was a minor, Willian was able to leave the facility to live with his uncle rather than face deportation. Since then, he has received his green card, started attending high school, and began working in a restaurant. His future hopes are to become an architect and a chef while continuing to support his family.