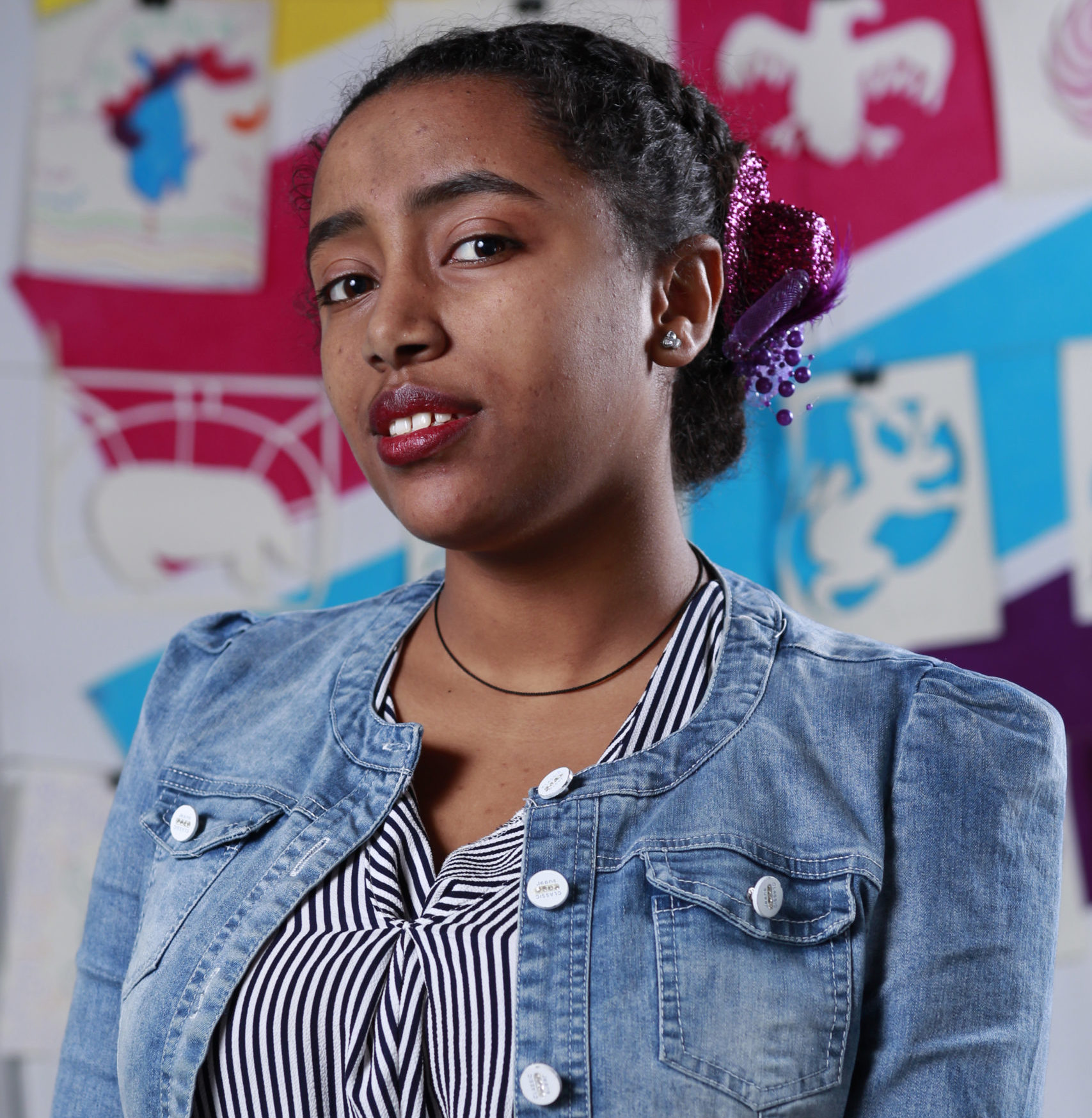 “I wanna work in a health area, especially with the children—not only in Ethiopia but in different places as much as I can.”

When Yomiyu Gafesu left Ethiopia, it was the first time she had ever ridden on an airplane. She had no idea what the future had in store for her.

Yomiyu grew up in Ginchi, a town in the Oromia region of Ethiopia. She lived there for eighteen years with her parents and siblings. She spent most of her time going to school, playing with friends, and helping out around the house. While Yomiyu enjoyed her life in Ethiopia, it wasn’t perfect, and her family looked for a way to have a better, brighter future.

In 2011, Yomiyu’s father was the first person in her family to move to the United States, and he started the visa process for the rest of the family. After years had passed without any progress, Yomiyu worried that she would never get to join her father in America. Fortunately, she got a call from the embassy that her visa was ready, and she got on a plane to Minnesota.

When Yomiyu first arrived, she spoke very little English and was bullied at school. In time she became more comfortable. At school, she is active in multiple youth leadership programs. Her favorite subject is science, and she wants to become a pediatrician. Yomiyu hopes to provide good health care to children back in Ethiopia and all over the world.