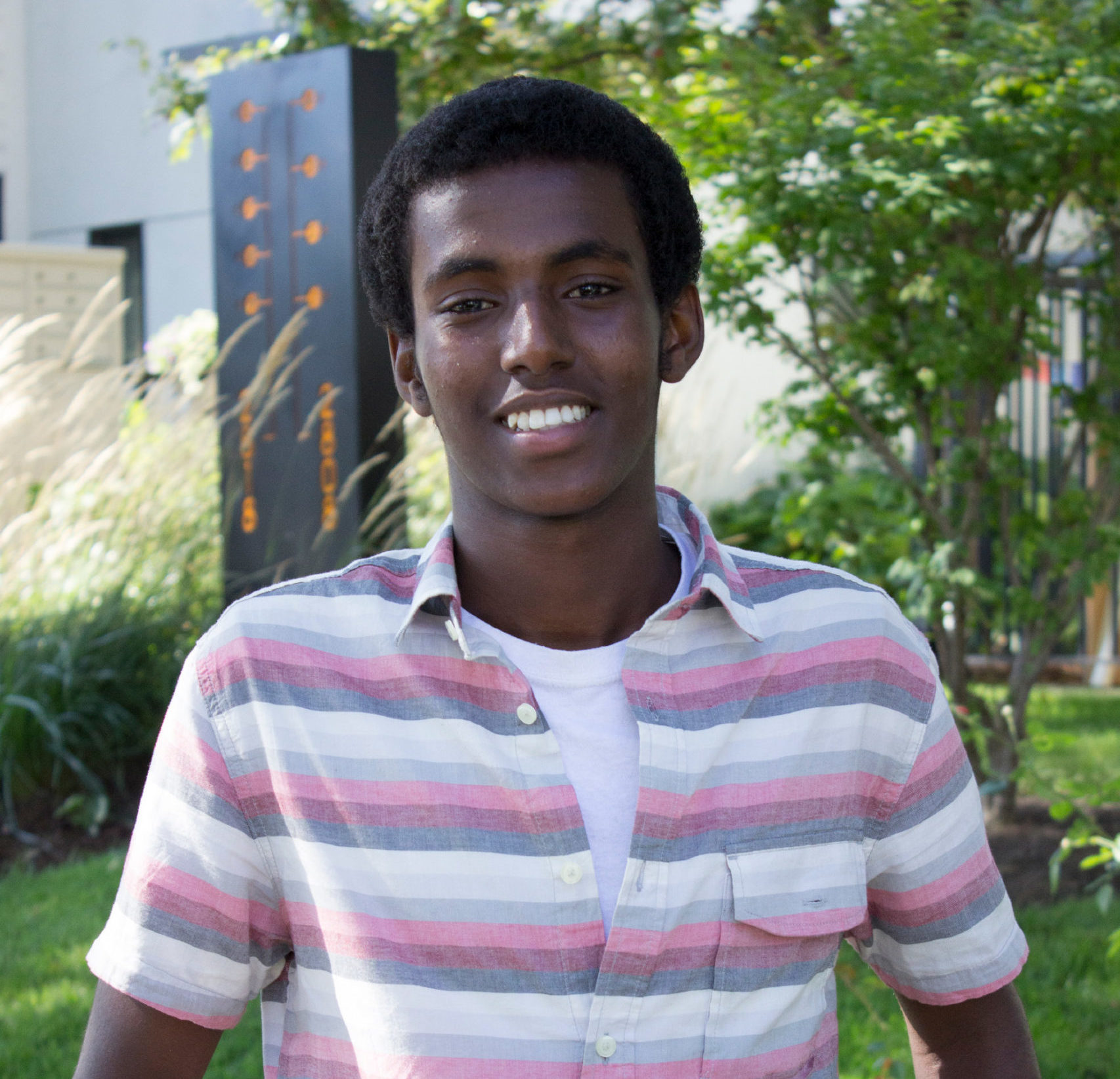 Yonis was born in Ethiopia and spent his entire childhood there.  Born to a Somali mother and an Oromo father, he is the youngest of five siblings. He speaks Somali, Oromo, English, Amharic, and Arabic.His father immigrated to the United States when Yonis was very young. After more than a decade, Yonis and his siblings were sponsored for visas by their father. However, only Yonis’s visa was approved; his siblings were too old.

In 2015, Yonis boarded a plane to the United States. Navigating the airport was very challenging. He didn’t know how to find his connecting flight, and his English was limited. Despite this, Yonis made his way to Minneapolis. He was welcomed by his extended family that introduced him to American culture.

Despite the initial struggles he faced, Yonis has enjoyed his life in the United States. Currently, he is a student at Wellstone International High School. When he’s not in school, he likes to spend time with his family and friends. In the future, Yonis wants to graduate from college and bring his siblings to the United States. He wants to help his brothers and mother because they cared for him when he was younger.