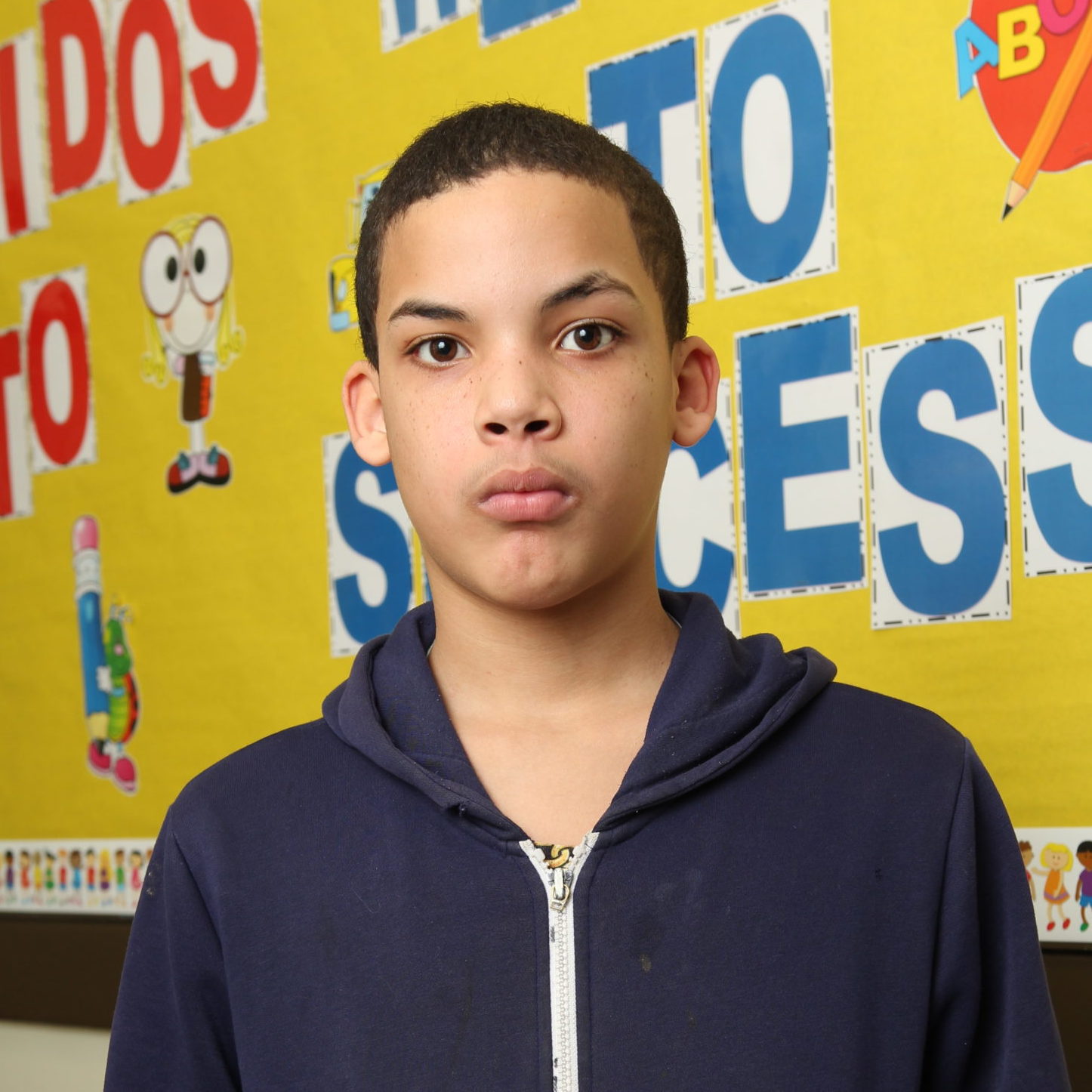 “It was very strong. Hurricane moved our car. The trees crack. The roof of the house is gone. In Guaynabo make a lot of landslides, a lot of damage. We left from Puerto Rico because of Hurricane Maria.”

Zadquiel was born in Guaynabo, a city in the northern part of Puerto Rico. He lived with his mom, dad, and sister. His life in Puerto Rico was good. He enjoyed playing soccer and basketball everyday with his friends. On September 20, 2017 Hurricane Maria hit Puerto Rico and everybody destroyed Zadquiel’s family home. His godmother then told him that he was moving from Puerto Rico. He was sad because he would not get to see his friends, grandma, and grandfather anymore.

On July 28, 2018, Zadquiel, his mom, and his sister left for Orlando, Florida because his godmother told his mom she could help them. He lived in Florida with his godmother. He had new friends, new teachers, and a new school. In Florida, everyone spoke English but he did not know English. After living in Florida for 8 months, Zadquiel and his family left for Rochester, New York because everything in Orlando was expensive.

In Rochester, Zadquiel had new friends, new teachers and a new school. Compared to Florida, Rochester had many more streets. Although he did not speak English and it was not easy to learn English, he began to learn more English at his new school in Rochester. In school, his favorite subject is math. On the weekends he plays video games and played basketball and volleyball outside with his friends. In the future, Zadquiel wants to help communities in Venezuela and Haiti because most people have nothing while the people in power have everything.