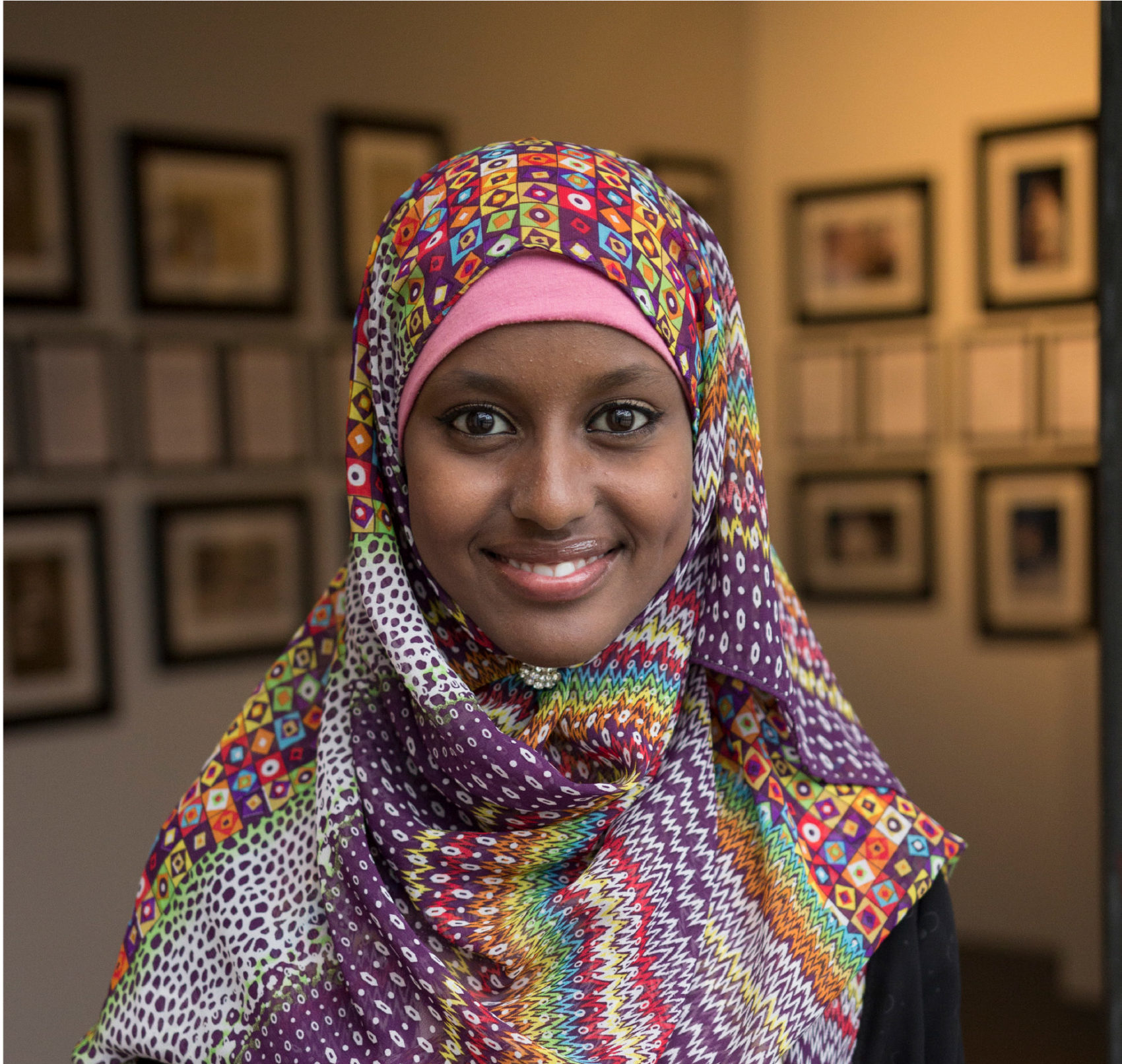 Since arriving in the United States, Zaynab Abdi has set goals for herself. She wants to have the best future possible.

Zaynab was born in Aden, Yemen. She grew up in a large household with her extended family. Her mother immigrated to the United States through the Green Card Lottery when Zaynab was very young. After sixteen years, her mother was eligible to sponsor her for a visa, and Zaynab made plans to immigrate.

Before she could move, a revolution erupted in Yemen, disrupting her plans. She moved to Egypt with her sister. After two years, Zaynab’s visa arrived but not her sister’s; she would have to find another way.  As another revolution began in Egypt, Zaynab went to Minnesota. It was difficult for Zaynab to adjust to life in the United States. Not only was she introduced to American culture, but she had to learn about her mother’s Somali culture as well. However, Zaynab was glad to be reunited with her mother.

Currently, Zaynab is a student at Wellstone International High School. She interned for the University of Minnesota Law School and was given an award for being one of the top interns. Through this experience, she has decided to become a lawyer and to someday return to Yemen.