Check out our new Fall 2022 openings here!+
Who We Are - Green Card Voices
w 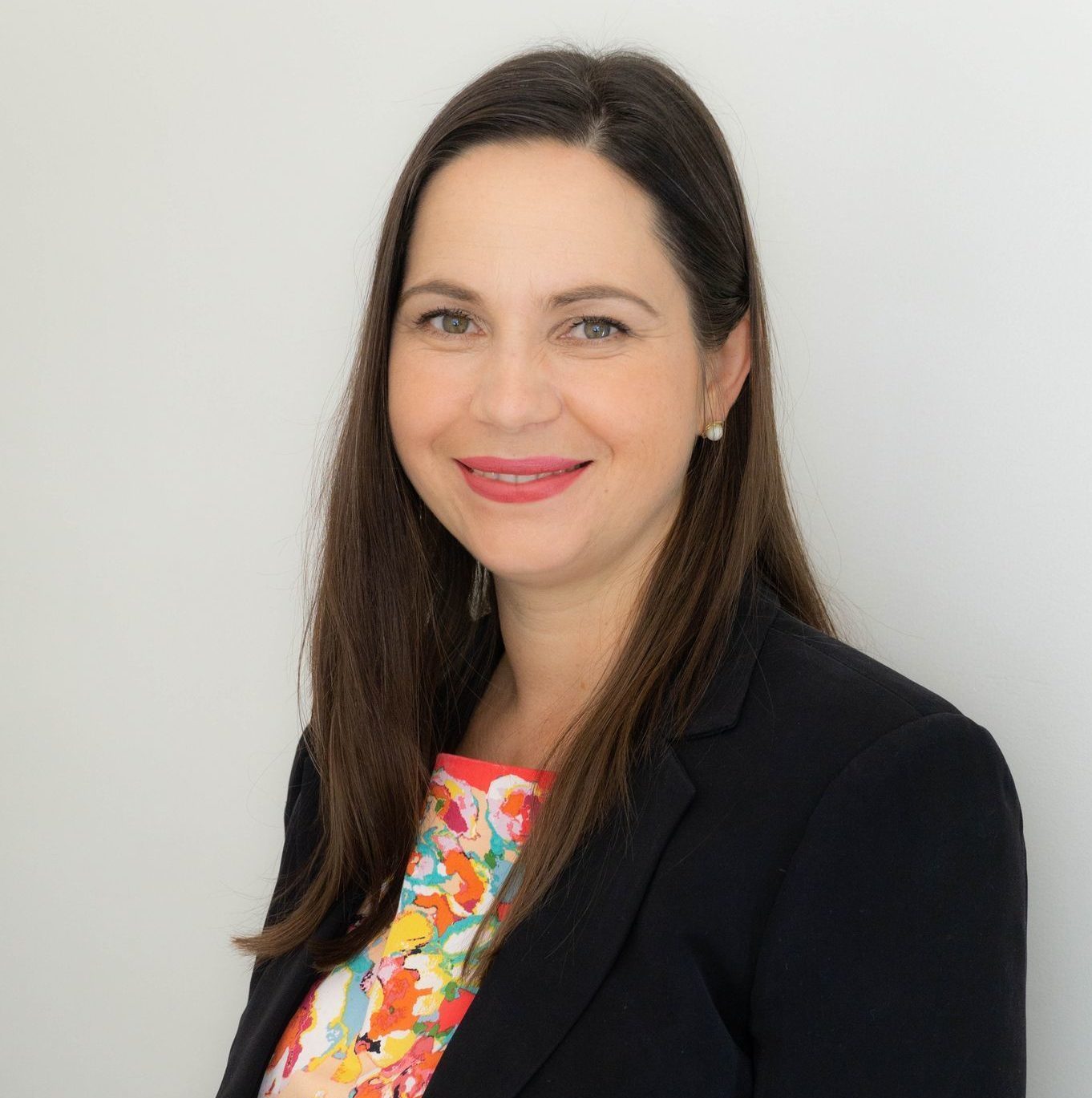 Tea moved to the US at the age of 20 after receiving a George Soros OSI scholarship to study at the University of Wisconsin – Eau Claire.

Ever since working in the refugee camps in the war-torn former Yugoslavia in the 90s, Tea made a commitment to serve those whose lives had been unjustly disrupted by conflict. Years later, as she visited Srebrenica as part of her postgraduate studies at New York University and later University of Nova Gorica, Tea realized the profound impact of first-person digital story sharing. In 2013, she received a PhD in Cultural History, specializing in oral history recording, and has since committed her life to healing trauma, empowerment and amplifying the voices of immigrants and refugees. She is passionate about social justice, creating brave spaces, social entrepreneurship and immigrant leadership.

In 2013, Tea co-founded Green Card Voices, an organization that combats stereotypes by empowering immigrants to tell their stories. She and her team has recorded and shared stories of over 500 immigrants and refugees coming from 150 countries and living in Minnesota, North Dakota, Wisconsin, New York, California and Georgia. She is the editor of eight books—all award-winning collections of first-person immigrant stories and 2015 Bush Fellow.

Tea is passionate about travel, running, hiking, kite flying, horses and growing vegetables. She is a mom to two amazing pre-teen daughters and two loving and [occasionally] naughty beagles. In the summer, she can be found hiking in the Slovenian Alps and swimming off of the Croatian coast with dozens of members of her immediate and extended family. 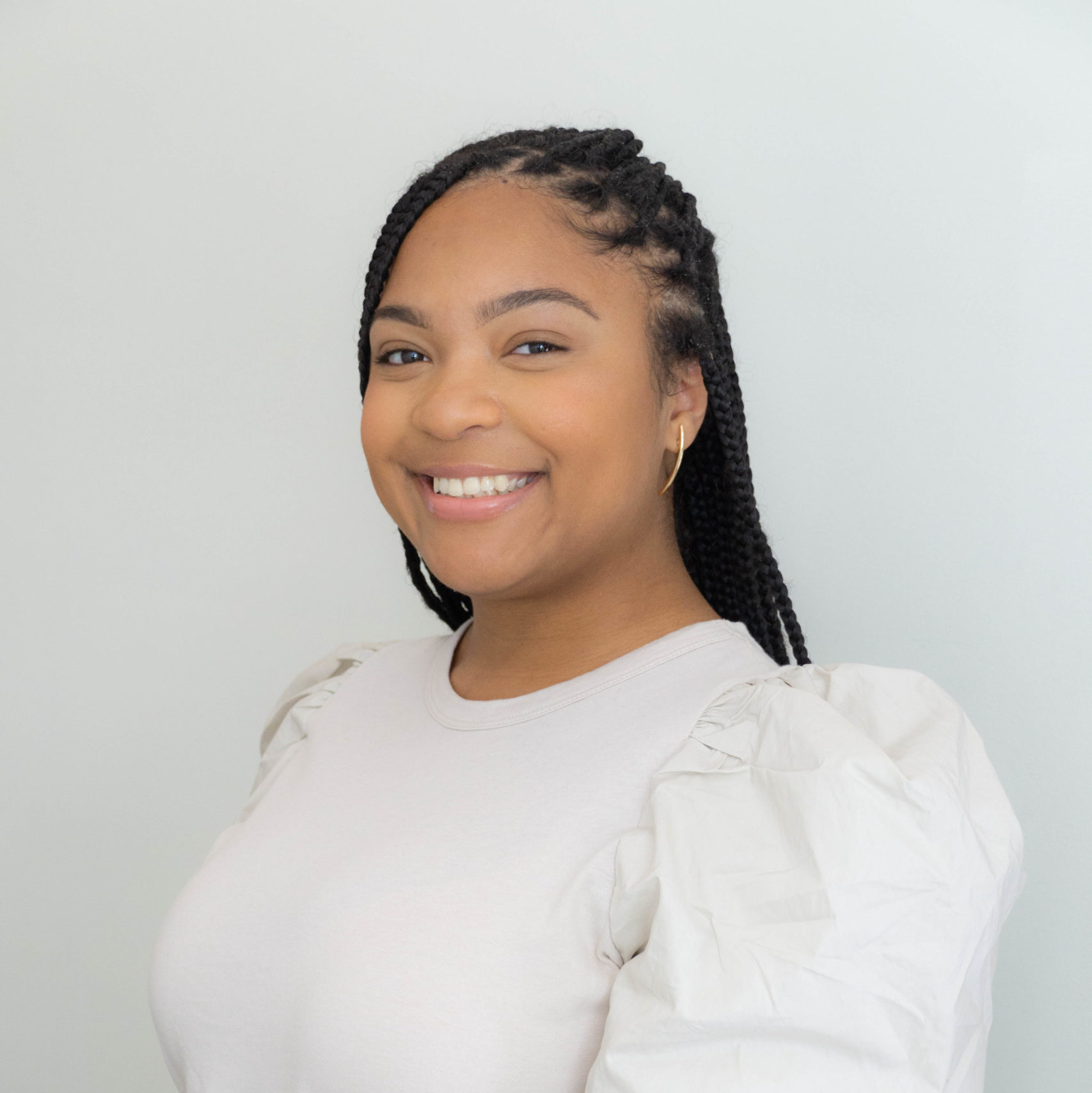 Aaliyah Hannah is a Black American from the South Side of Chicago, IL. She graduated from UW-Platteville in 2018 with a BA in Criminal Justice and Political Science. She is passionate about restorative justice and providing space and opportunity for BIPOC folks. In her free time, she can be found reading, biking and occasionally painting. 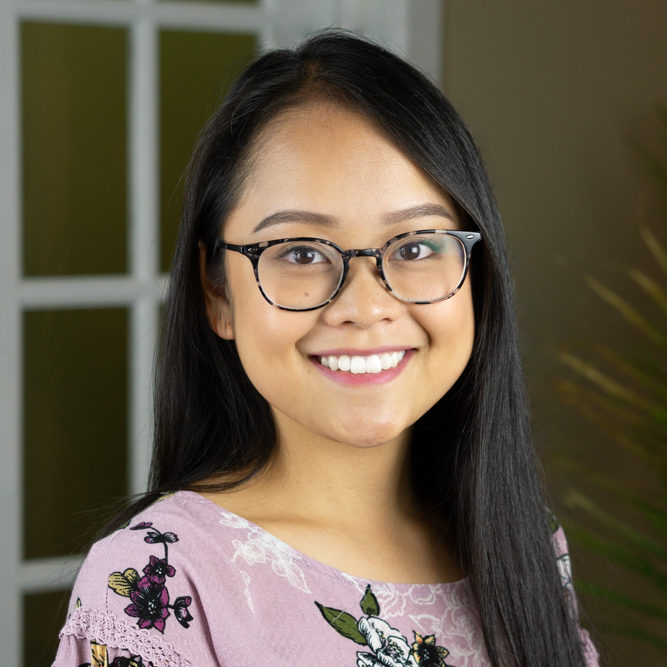 In 2018, Shiney graduated from the University of Minnesota – Twin Cities with a major in Strategic Communications and Graphic Design. Soon after, she started her two years of service with AmeriCorps Public Allies – Twin Cities, where she developed an interest and drive working with nonprofits to give back to her community—using her assets in visual communication.

Shiney continues to partner and contract with nonprofits and small businesses. In the near future, she hopes to do work that’s deeply rooted in her culture and identity as a Hmong American woman.

A fun fact about Shiney is that she got her first name from the translation of her Hmong name—Chi-Ia [chee-ia]. It translates to “shiny”—hence, the birth of her name, which spells “Shiney”. 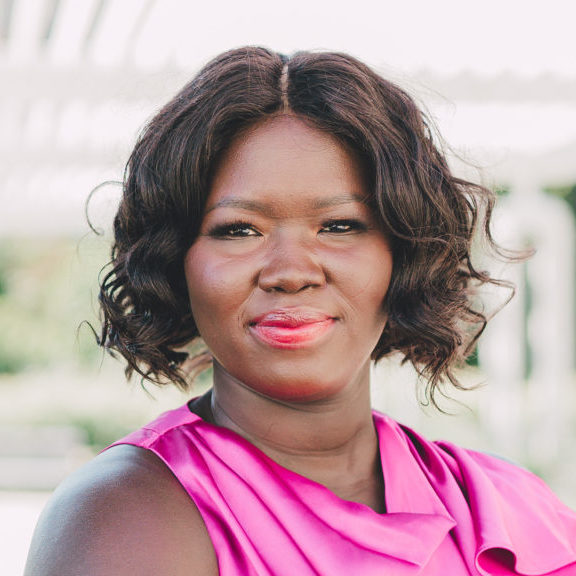 Rebecca Aurelious is a South Sudanese-American who was born in Uganda because of the war in her country. She is a passionate journalist, community storyteller, and social media specialist with Green Card Voices. Rebecca believes in empowering others to share their truth so they can in turn change minds, hearts, and the world. 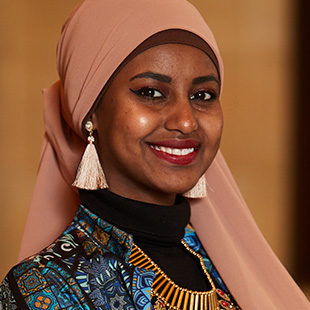 Zaynab Abdi is a Black, Muslim, Immigrant woman who is passionate about social justice and advocacy. Zaynab works as an Immigrant and Refugee Youth Ambassador at Green Card Voices.

Zaynab is a co-author in Green Card Youth Voices: Immigration Stories from Minneapolis High Schools and was featured in Malala’s new book We Are Displaced. Besides her advocacy life, Zaynab loves to play soccer and bike during her free time.

Close
Board of Directors 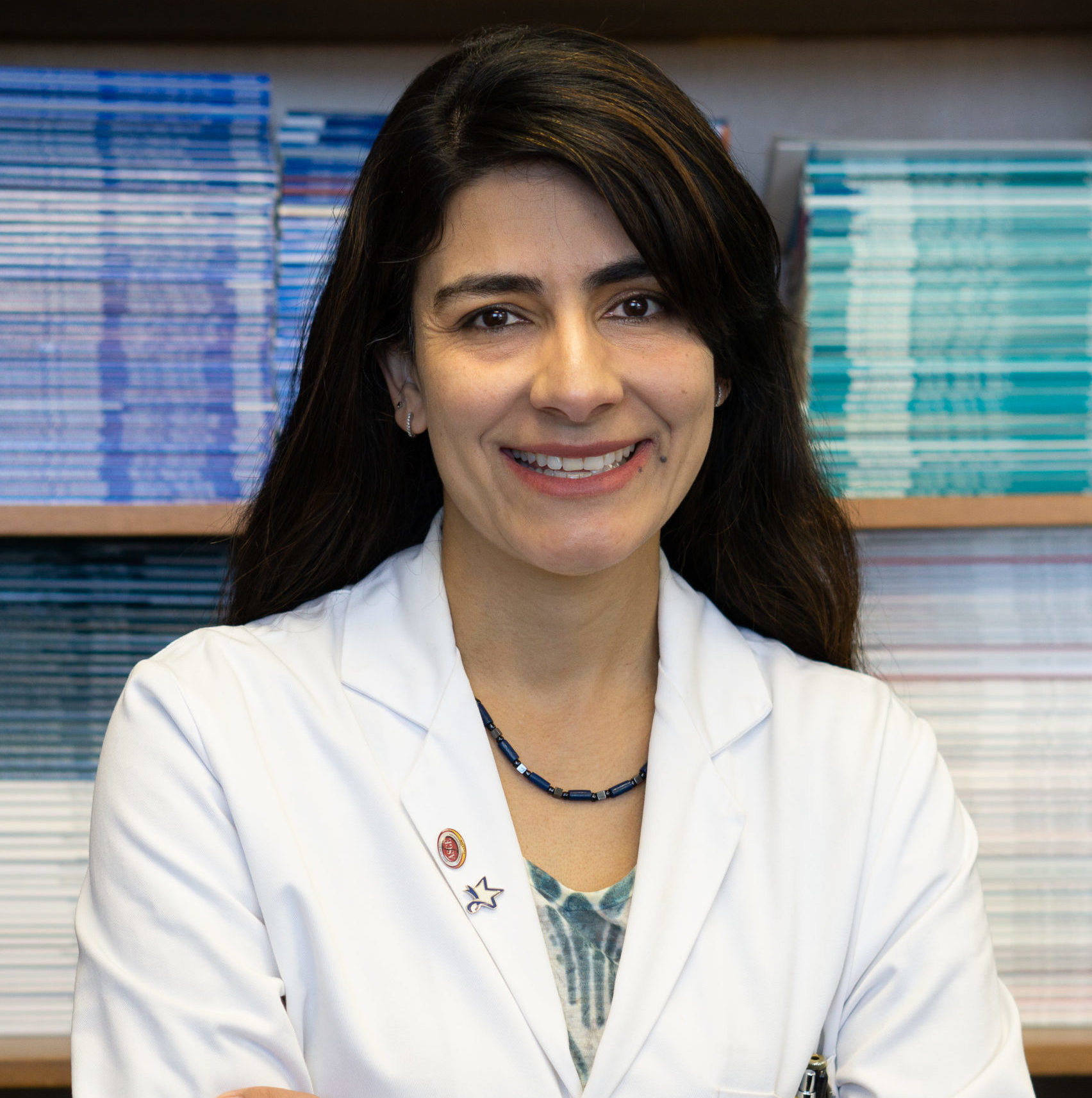 Born and raised in Pakistan, Aasma spent her childhood surrounded by lots of love and warmth from a large and loving family. Her grandfather told stories of his work as a physician, which inspired her to choose a path of medicinal work. She attended a top medical school in Pakistan where she reveled in her study opportunities, and as she approached the end of her studies, she started reflecting on what opportunities might be ahead of her. Though she expressed interest in pursuing postgraduate work, she felt the opportunities in Pakistan might not compare to the opportunities she might find elsewhere. This prompted her to begin researching options in the United States because of the vast opportunities that she could find here.

Coming to the United States in her twenties presented an exciting new chapter in her life. Her first home in the US was in Baltimore as she completed work at Johns Hopkins studying public health. She then pursued the study of internal medicine in New York and of gastroenterology in Atlanta. Eventually she found her way to the University of Minnesota and her current role as researcher and professor. She enjoys her work now because it combines three professional interests: working in a clinic, researching, and educating.

She finds passion and excitement behind each of these roles and is thankful for the opportunity to live the life she leads now. Though Aasma never intended to stay in the US after completing her postgraduate studies, she loves the life she and her family have built in Minnesota. Outside of work, she enjoys spending time with her husband and three children, cooking new dishes, and exploring Minnesotan sports. 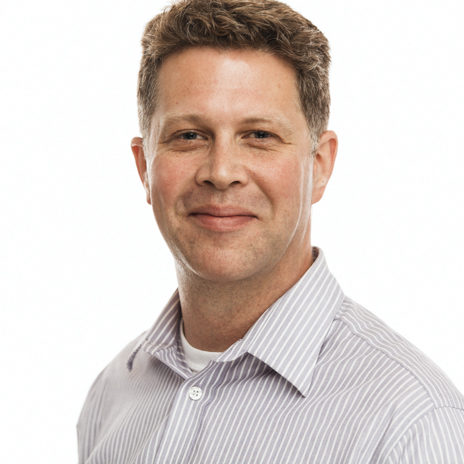 Richard has been learning and speaking languages extensively inside and outside academia. He is fluent in four languages (Russian, Ukrainian, French, German), highly proficient in three (Spanish, Moroccan Arabic, Lebanese Arabic), and proficient at a basic level in two (Dutch, Modern Hebrew).

Richard has a BA in linguistics and a PhD in linguistics and Ancient Hebrew. He’s worked seven years teaching at the university level in three countries, and taught English to non-native speakers in classroom and informal settings. 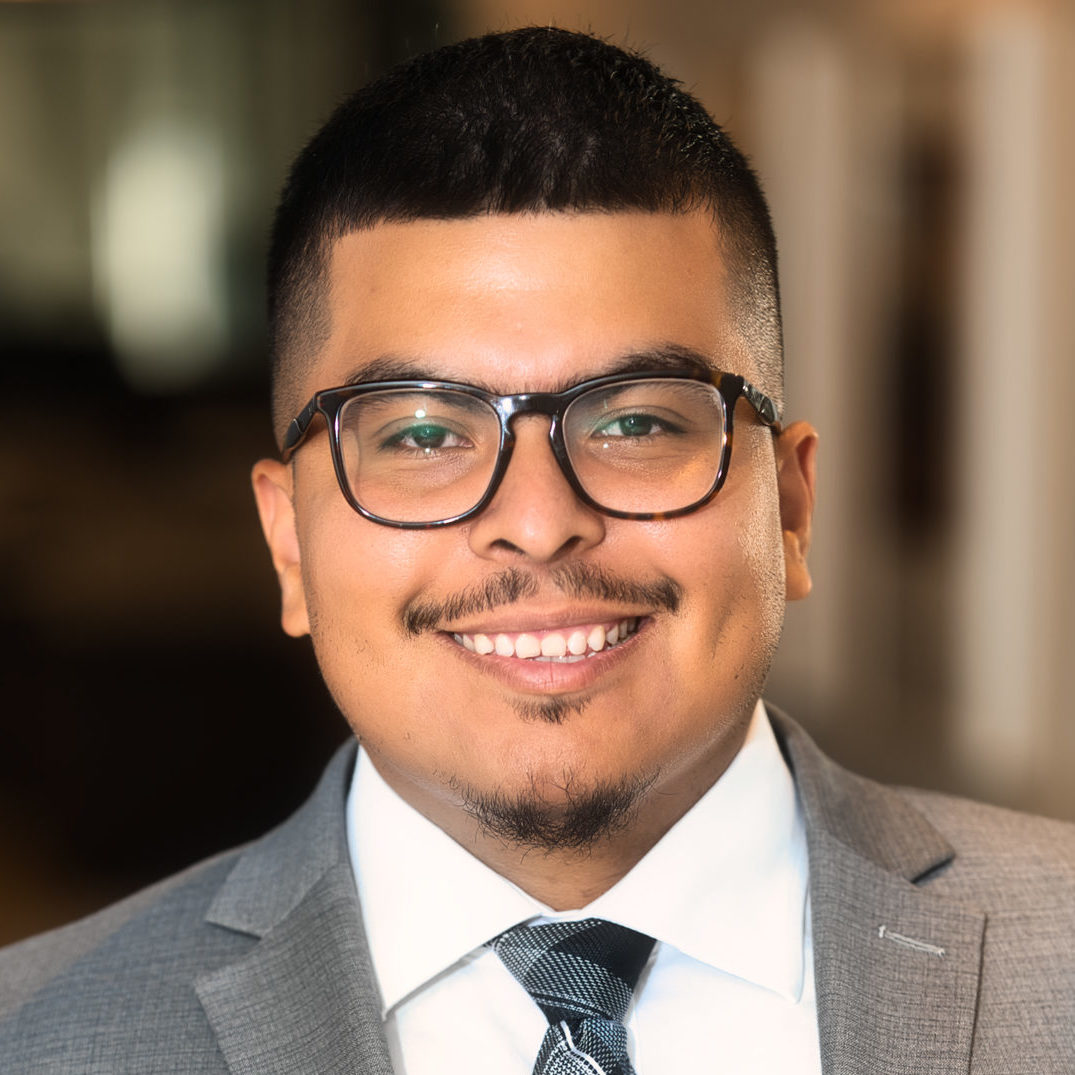 Elvis is a financial advisor based out of Saint Paul, MN. Born in Guatemala, Elvis immigrated to the USA, in 1996, with his mother and sister in the proverbial pursuit of a better life. North Minneapolis became his home in 1997 and he has been a Minnesota resident ever since. Elvis finds passion in community involvement and advocating for the underserved and underrepresented communities.

In his free time, Elvis is an avid runner and bicyclist. He is active in his community as a volunteer and enjoys mentoring school-aged children through numerous local organizations. Elvis is also a father of a teenage son and a pre-teen daughter who he loves spending time with. 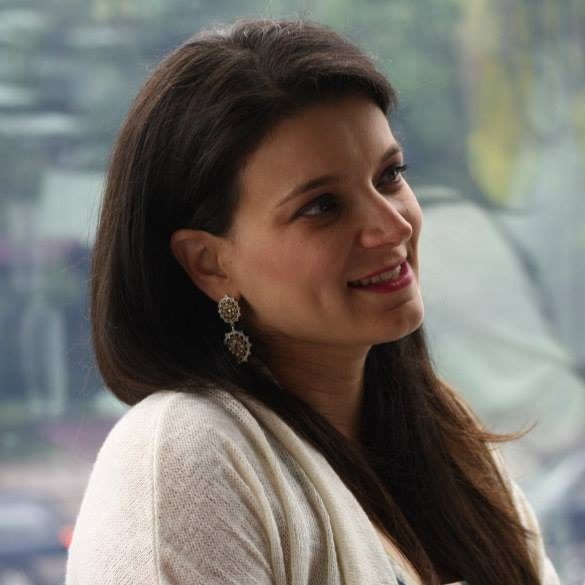 PhD, Program Director at the University of Minnesota,  College of Education and Human Development (CEHD) International Initiatives (Born and raised in Brazil)
Close 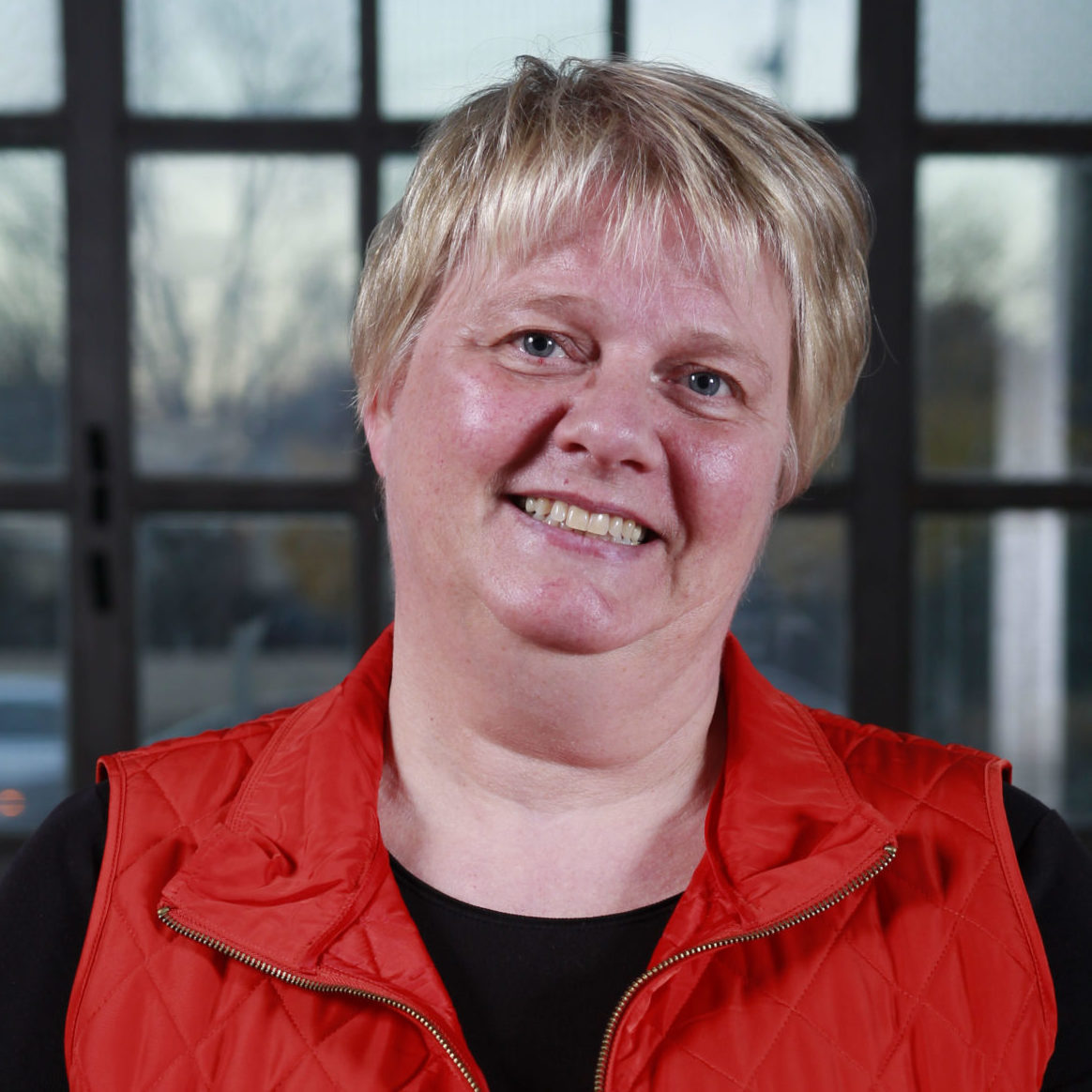 Born in Iceland, Thorunn Bjarnadottir, MA, is an experienced cross-cultural trainer with over 20 years’ experience in higher education. Intercultural leadership development is her passion. She never tires of teaching people to leverage cultural differences as it truly creates original and creative outcomes.

She is the Director of Intercultural Education at the University of Minnesota, International Student and Scholar Services. In that capacity, she is extensively involved in efforts to make the University’s students ready to work in a more interconnected global world. 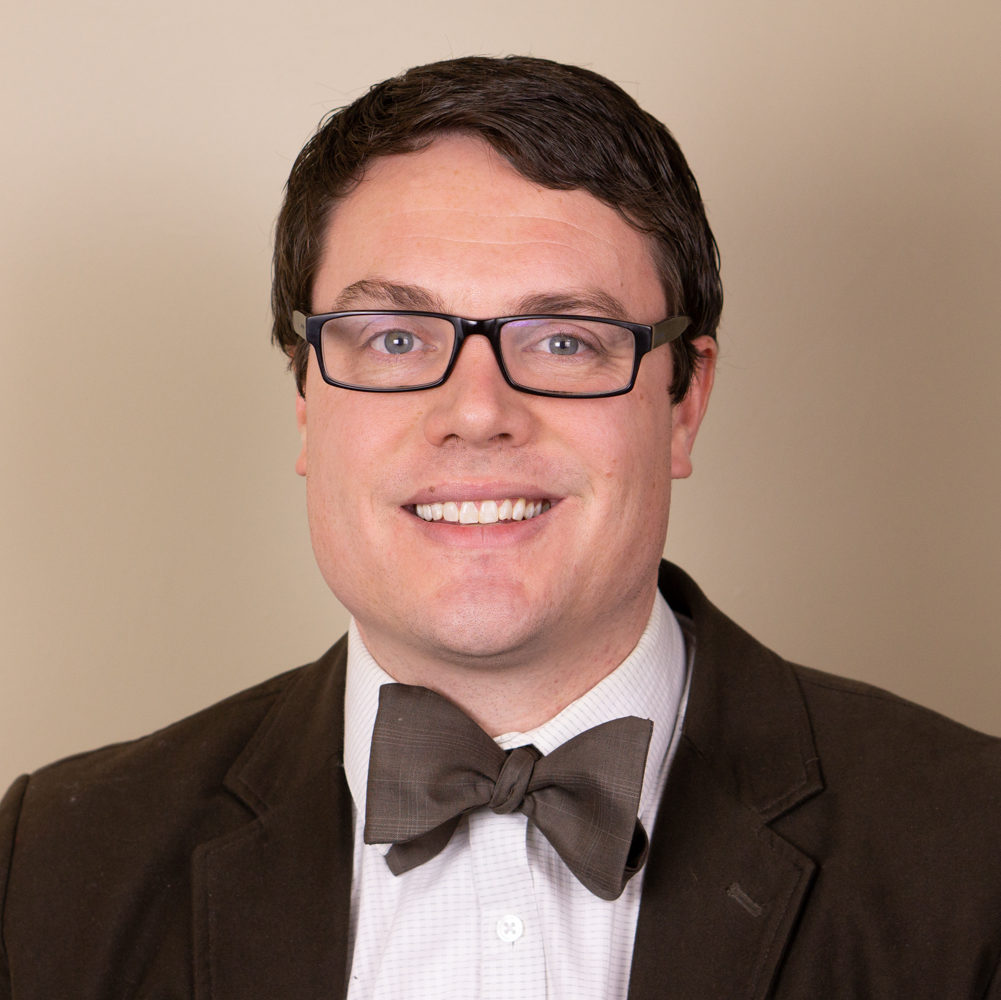 Greg is a Ramsey County public defender and adjunct law school professor at Mitchell Hamline School of Law. He has worked as an independent contractor training Mexican state public defenders on a USAID-funded rule of law project. He formerly lived, worked, and studied in Santiago Chile, where he conducted more than 100 interviews to create an oral history of protest music during the Pinochet
dictatorship.

Greg remains active in his community. He also serves on the board of the Ramsey County Bar Association. He volunteers in a first-generation Hispanic college readiness mentorship program through Comunidades Latinas Unidas en Servicio (CLUES). Through Literacy Minnesota, he teaches English to adult immigrants in the neighborhood they share. He puts his legal skills to work representing places of
worship that provide housing and sanctuary to immigrants; he stands prepared to defend these institutions against federal criminal prosecution. He also represents low-income family law clients through South Metro Regional Legal Services (SMRLS). Greg and his wife, a Honduran immigrant, are raising two bilingual, bicultural sons in St. Paul’s Rondo neighborhood. 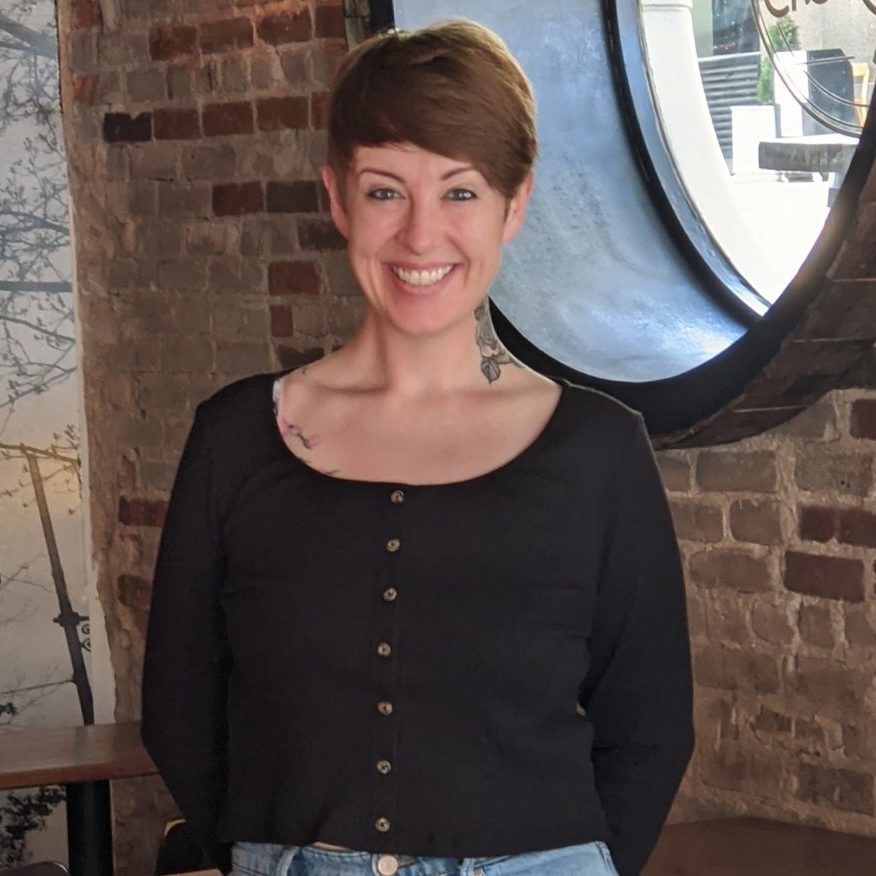 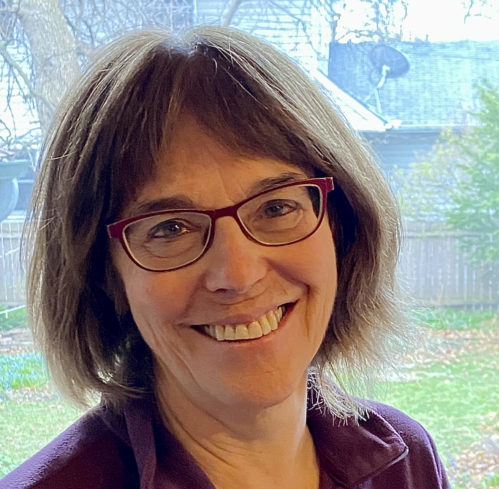 Merle is a seasoned instructor of English Language Learners from all over the world. She taught in Indonesia, Thailand, and Taiwan for ten years before assuming leadership of College Readiness Academy, a program run by the International Institute of Minnesota to prepare refugees and immigrants for higher education and provide them with equal access to American colleges and universities. She also has run a refugee mentoring program for women and a summer program for immigrant teens, published an intercultural newsletter, done intercultural communication training for non-profits and professional organizations, and worked as a freelance writer. She has a master’s degree in French and a Dip TESAL in English language teaching. She helps to manage a local community garden and is looking for the best ways for her to support communities of color and to broaden the way her immediate community thinks about race.
Close 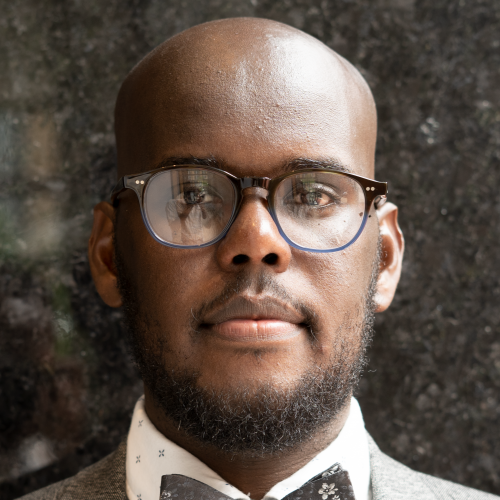 Born in Somalia, Ibrahim Hirsi is a reporter at Sahan Journal, where he covers immigrant communities and the politics and policies that affect them. He was previously a staff writer for MinnPost and MPR News. Ibrahim got his start in journalism at the Minnesota Daily, the University of Minnesota’s student newspaper. He’s currently a Ph.D. student in immigration history at the University of Minnesota.
Close 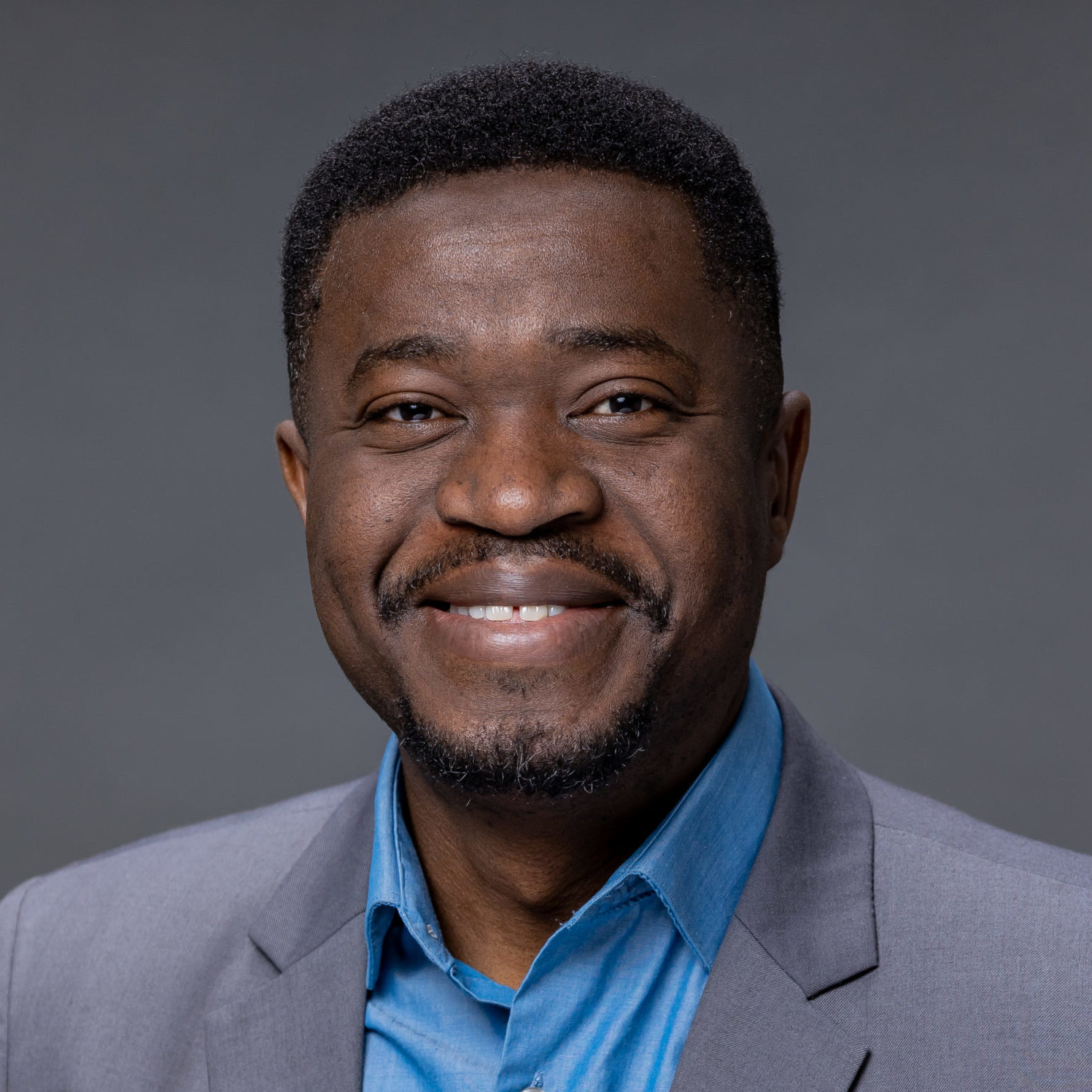 Born in Togo, Dr. Koriko Hamzat is the Director of the African Arts Arena, based in Grand Forks, ND, where he uses performing and visual to engage communities on challenges and opportunities of immigration. A trained actor and storyteller, Hamzat is a multidisciplinary art professional who worked with theater institutions in West Africa, France, Italy, and the US. He was a featured author at the 42nd Annual UND Writers Conference at the University of North Dakota in 2011. His works include The Case of the Missing Girl (Lambert Academic Publishing); L’ombre de nuit (Harmattan, 2012) Quand L’oiseau S’envole (Harmattan, 2007), and co-authored the article The Complicated Identity Negotiation of Women in Kangni Alemdjrodo’s Chemin de Croix and Gustave Akakpo’s Catharsis (IJFS, 2016). His translation of Quand L’oiseau S’envole (When the bird takes flight) was invited to the Kennedy Center (KCACTF) in 2010. Hamzat teaches Research Scholars: The Immigrants Experience in North America at the University of North Dakota in the Honors Program Department since his return from the Peace Corps in 2018. His latest storytelling work, The Immigrant In Your Backyard, has been performed around North Dakota. Hamzat now holds a position with the City of Grand Forks, ND Humanities Council.
Close 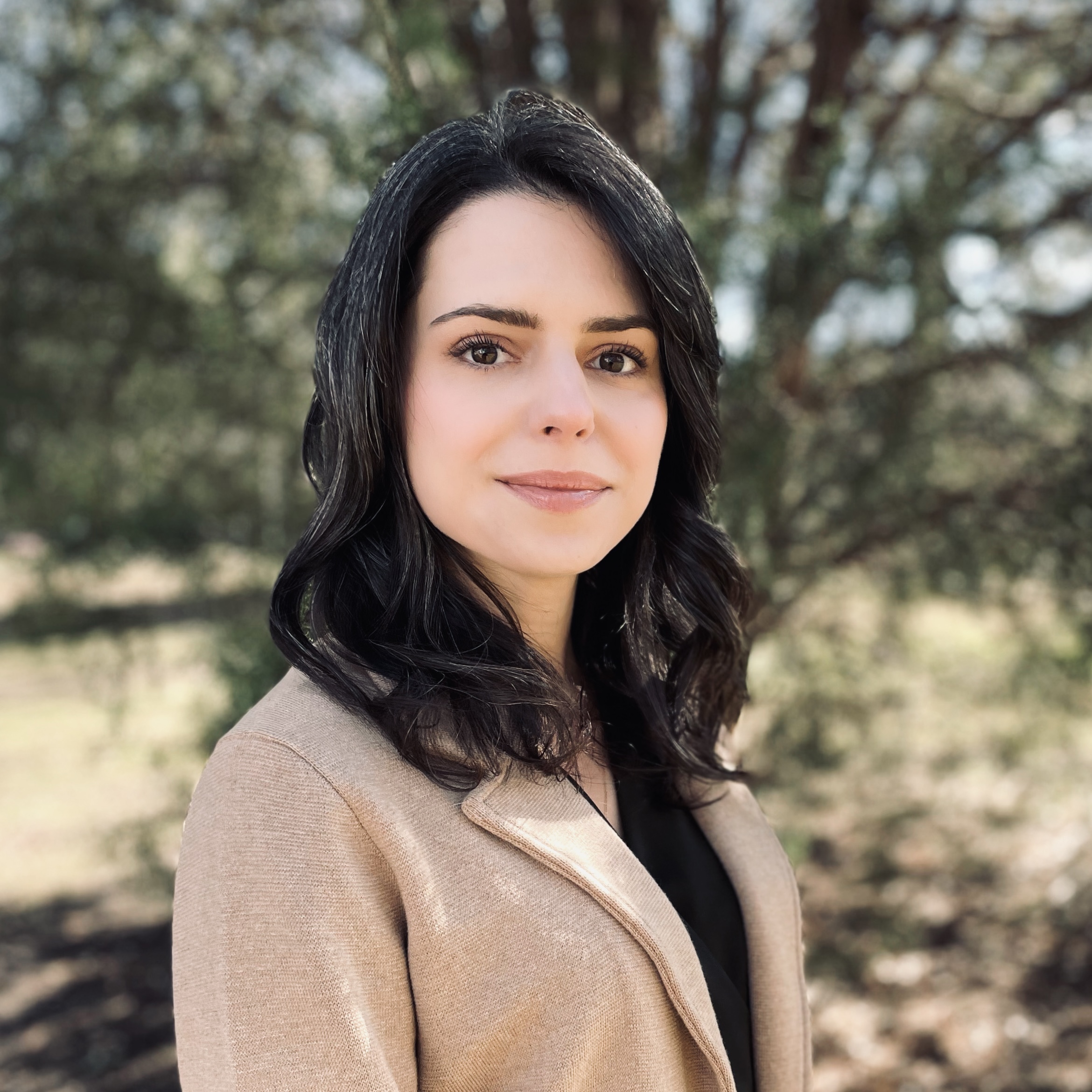 Vanja Pantic-Oflazoglu works with civic and government institutions from around the world in an effort to create more inclusive and welcoming localities everywhere, for everyone.

Prior to joining Welcoming America as International Program Manager, Vanja worked on initiatives related to migration, peace-building, and social inclusion in Bosnia, Switzerland, and Turkey. She has contributed to projects ranging from migrants’ labor rights and rural migrant women’s social inclusion, to post-war reconciliation and monitoring of global human rights standards.

Vanja holds a B.A. in International Relations and Political Science from Boston University, and was inducted into its Scarlet Key Honor Society in recognition of her community service. She is a recipient of several awards and fellowships, having been named a Fulbright Scholar, Posse Scholar, Post-Conflict Research Center Fellow, a 30-Under-30 Georgia Center for Nonprofits Leader, and an Aspen Ideas Festival Scholar. 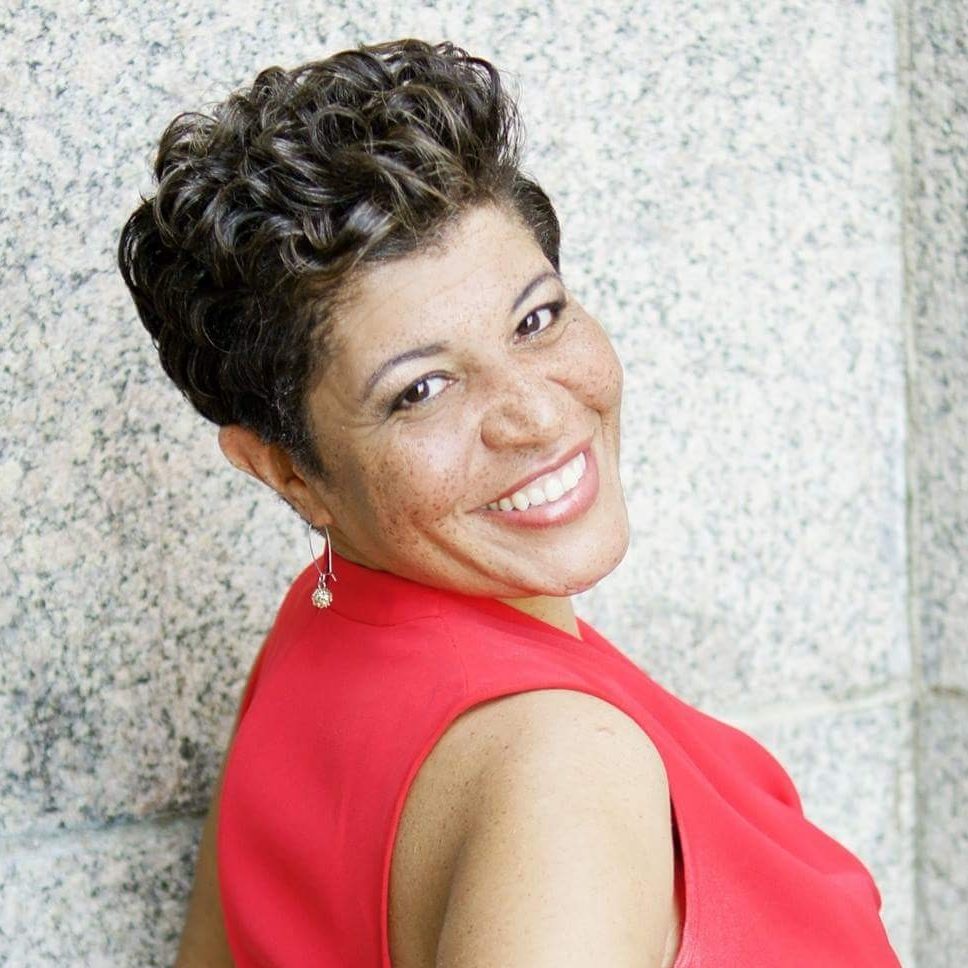 Monique is an experienced project manager and Certified Six Sigma Black Belt. She has managed numerous successful projects for local NPOs and corporations. Her long-ranging success can be attributed to a love of people and wanting to see them succeed.

Monique has a BS in Electronic Technology from North Carolina A&T State University and a MA in Project Management from the University of St. Thomas. When Monique is not hard at work strategizing, she hosts her “LifeinspiredwithMo” Vlog, exploring flavors and food in her home kitchen or on an outdoor adventure with friends, family, or Adrian, her loving husband of 14 years.