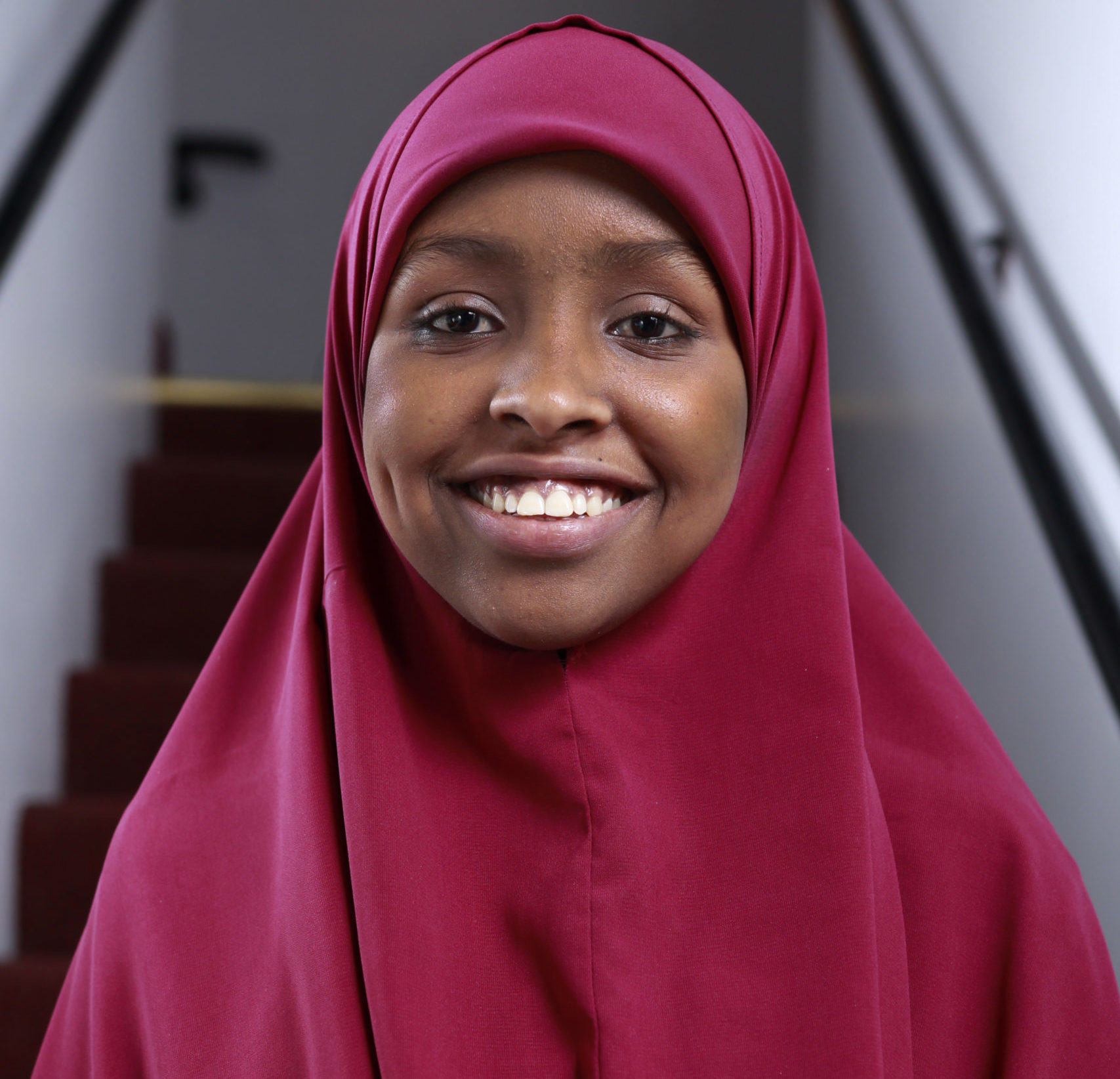 “St. Paul was different—the people, the houses, the buildings. I didn’t know anything. I didn’t speak English.”

After so many years away from her family, Aisha Abdullahi is glad to have everyone under one roof here in Minnesota.

When she was sixteen years old, Aisha was told that she would be moving to Minneapolis to be with the rest of her family. She was excited to finally be reunited with her parents but was devastated to learn that her grandmother wasn’t coming with her. She was also nervous about taking her first airplane ride. Once she finally landed in Minnesota, her family was waiting for her at the airport. Aisha was instantly shocked at how different Minnesota looked compared to Somalia. The stores were bigger, the weather was colder, and the streets were less crowded.

After living in the United States for a month, Aisha started going to school. She is currently a senior at LEAP High School. Her favorite hobby is watching movies with her friends, especially at the theater in the Mall of America. After high school, Aisha wants to become a nurse and work in the US Air Force.