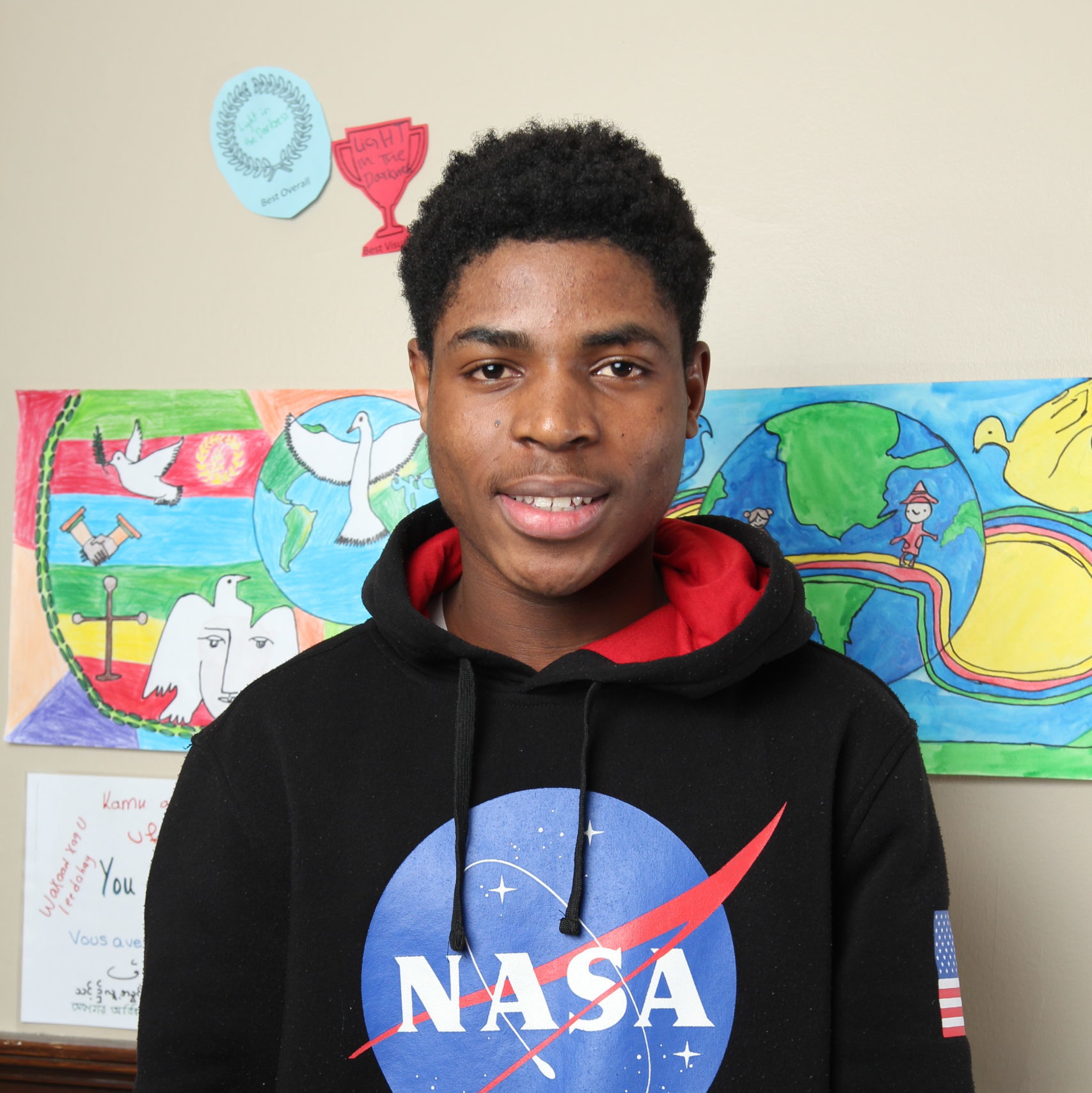 “I did not like the idea to live in a refugee camp because I had to go and live with my mom only. At that time, my dad just left us.”

Born in Burundi, Ca Arrive lived with his mom and grandparents in a house he liked very much; his dad had left them to go Zambia when Ca Arrive was three years old. For a time Ca Arrive lived with just his mom in refugee camps for a few years, but eventually moved around among some extended family members.

Ca Arrive’s father decided to move to America for a better life. He lived there for twelve years before Ca Arrive, his aunt, his uncle, his cousins, and his siblings moved to America together to join his father in America. At first, his aunt was frightened about moving to America, even though Ca Arrive’s father told her about how life in America is great. However, his aunt did decide to move the family there. Ca Arrive did not know where he would live but he was excited. He would finally meet his father and his step-siblings.

His father and his friends met him at the airport and celebrated afterwards. They spoke in French. His father made him watch videos in English because Ca Arrive did not know how to speak English. In the past, he did not appreciate watching videos in English but now he is grateful that his father encouraged him to do so.

Compared to his school in America, the school in Burundi lacked technology. He had trouble studying because there were no books, no computers, and no one explained the lessons. Currently, he enjoys his life in America. In his free time, when he does not have homework Ca Arrive plays the piano and enjoys the outdoor art in his city. His dream is to become a famous artist.