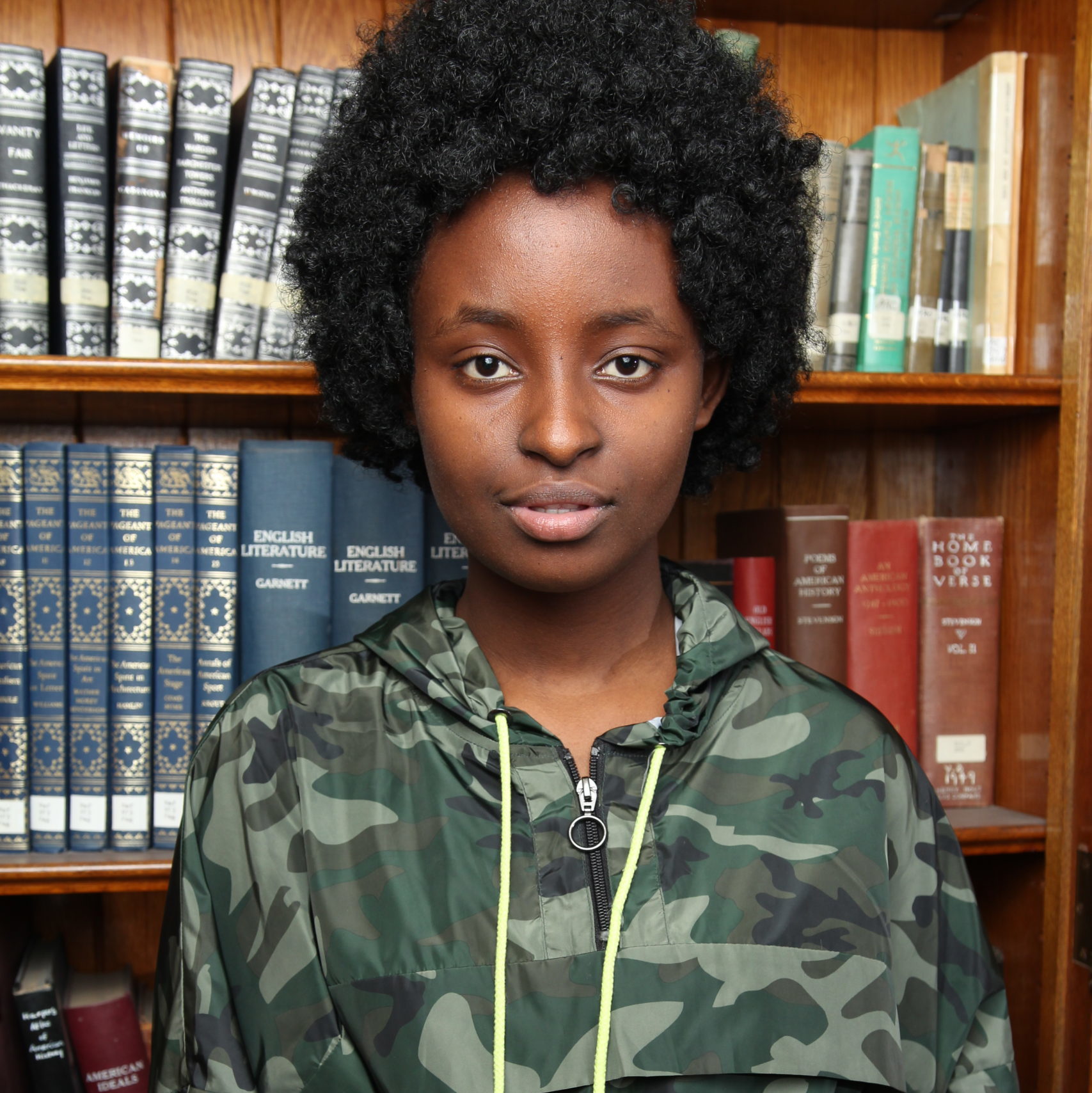 “In Rwanda I used to sleep on the floor, because there was no mattress to sleep on. Here I have a house, I have a bed, food, good education – everything changed for me here. I have everything now.”

Flavia Kayitesi grew up in Rwanda, in a refugee camp, after her parents fled the war-stricken Congo. She lived in the camp with her parents and her eight siblings. She describes the hardships her family faced due to having so many children and not enough money to sustain themselves. There was not enough food for them and the drinking water was not clean, therefore her siblings often got sick.

The camp was filled with other refugees from Congo. They were given rations of food every month and had to go very far to fetch water. She would go to school during the week, but mentions that the education there was not the best. The kids weren’t provided with sufficient learning materials, nor books or pens. At times, she did not attend because her parents could not afford to purchase these materials for her.

When her family was chosen to go to America, Flavia was excited at the opportunity for a better education and a home, but she was also nervous.. Her parents came to the U.S. first, and she arrived in Buffalo, New York with her siblings a year later at age 15. She was starting a new life, and finally had a proper place to call home. Flavia describes her life as becoming very different from before. Instead of going out to play with her friends like she did at the camp, she stayed inside because she didn’t know anyone. She ate foods like pizza, which used to be foreign to her. Now, even though she misses her old friends, Flavia is happy she is able to receive a good education. She especially likes math and biology, and hopes to someday become a doctor.