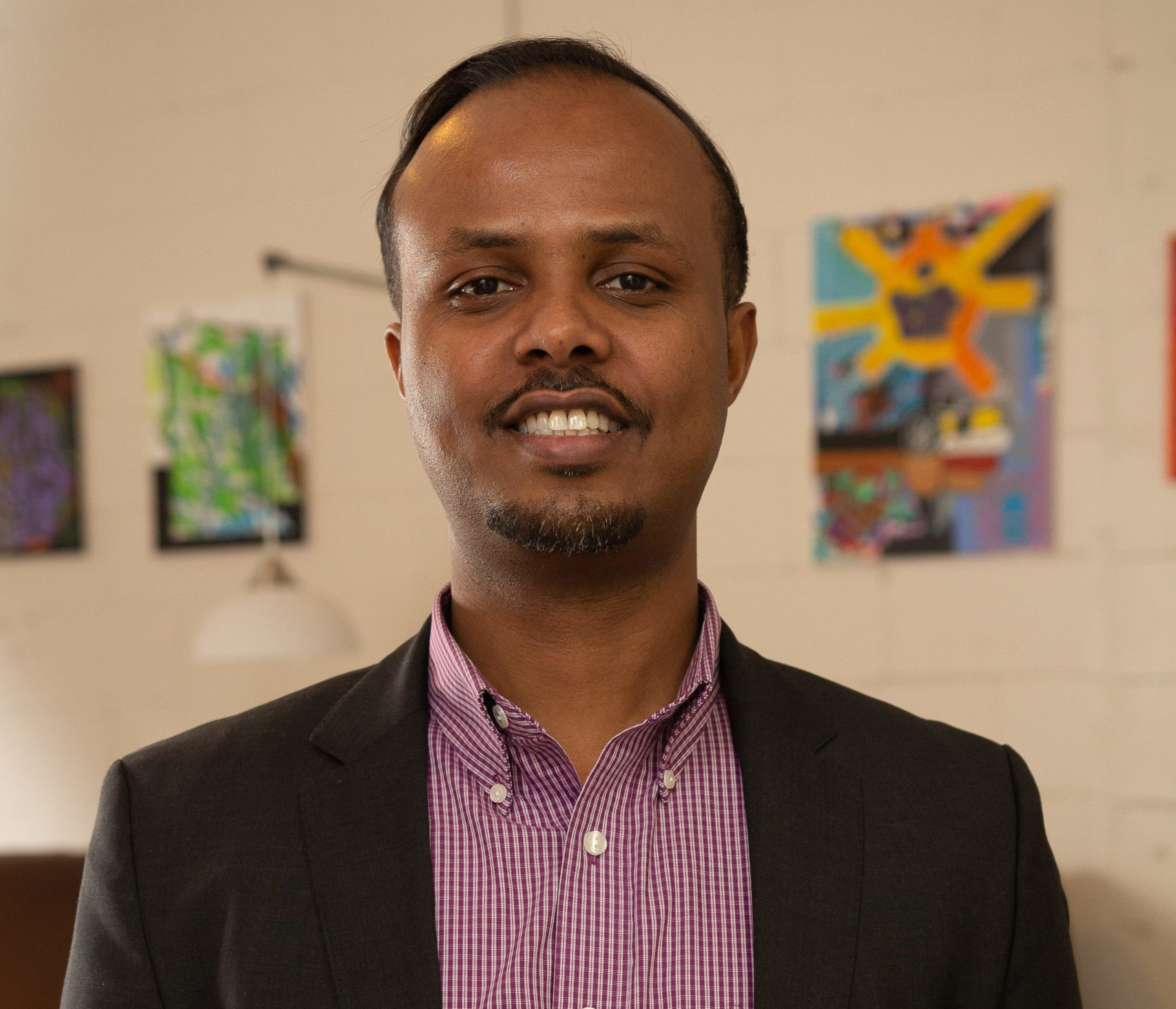 “The more I came to learn about technology, the more I realized this is a good place to be because you can imagine not only what makes you anxious but also imagine what can make your life better. There are endless possibilities.”

Hussein was born in Somalia and lived what he describes as a pretty normal life up until the civil war. Like many other Somalian families, Hussein and his family were forcibly relocated to Kenya where he then completed his middle and high school education. He feels grateful for his opportunity to pursue further education in the United States through an asylum/refugee program. The decision came with many challenges, such as a tight timeframe for decision-making and starting over in a new country with no connections.

After living and working in Washington DC for some time, he came across an article describing the Somali population in Minnesota and many of their struggles adjusting to the financial culture of the United States. Having earned his undergraduate degree in international finance, Hussein felt that this article was a calling; it prompted him to quit his job and pack up his life to relocate to Minnesota. Although his original undergraduate degree was in international finance, the world of information technology captivated him because of the endless opportunities it could provide. He worked for some time as a systems analyst and as a software developer until he became very aware of the lack of representation in the IT sector.

He wanted to help counter this absence of diverse voices and founded The New Vision Foundation, an organization that works to create pathways to success for disadvantaged youth in Minnesota through coding and digital literacy. Hussein feels passionately about bringing opportunities to communities of color and ensuring their voices are heard and represented in an industry that is so rapidly changing the basic foundation of society. Minnesota is currently ranked as one of the worst states in the country regarding racial income disparities, so Hussein hopes to continue using his efforts and education to create a shift in the workforce to actively improve this gap.