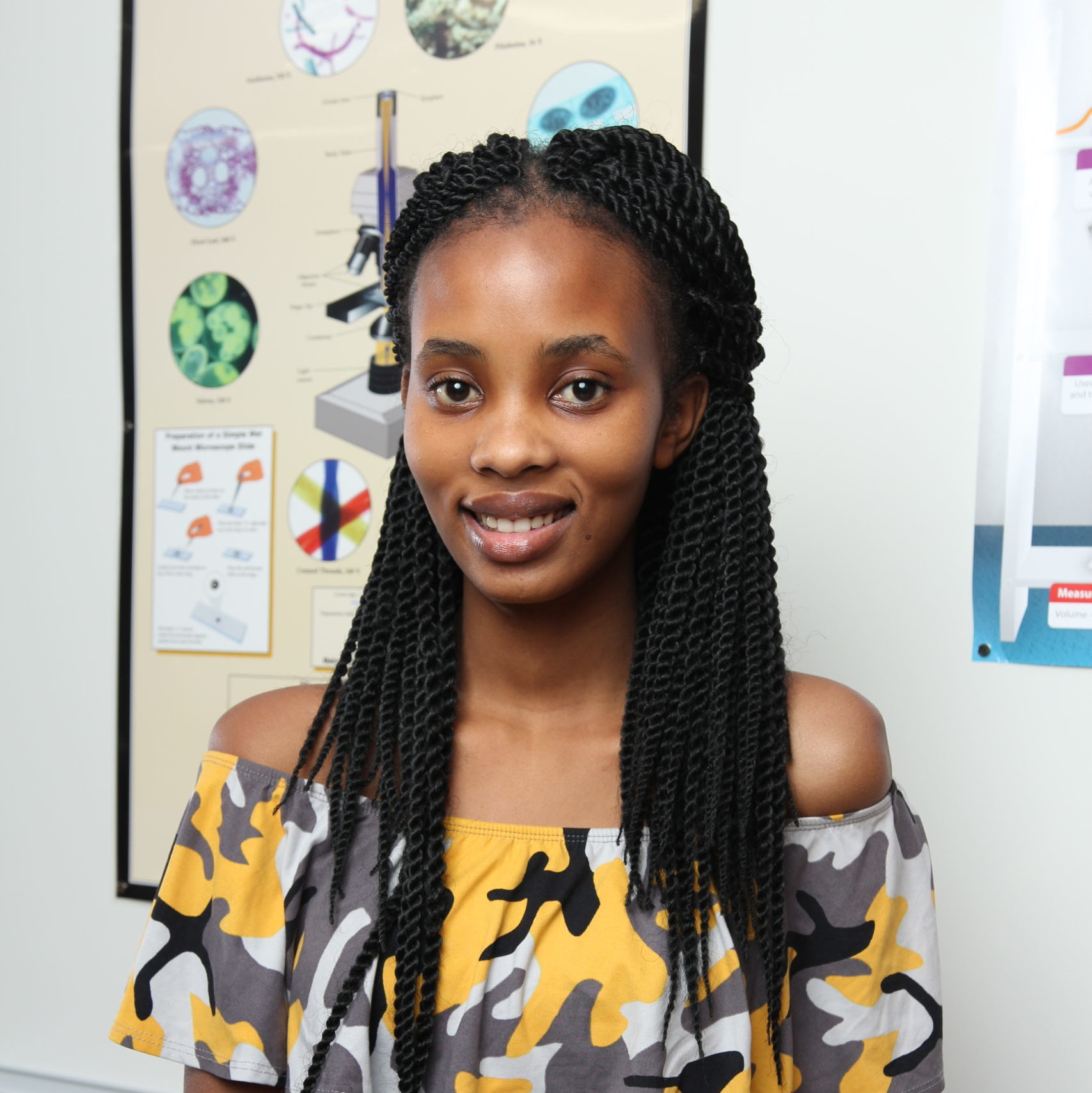 “In Burundi, I went to school afternoon, not in the morning, so it was different. Here, I can come with a pants, but in Burundi I can’t, you have to wear a long dress. It was many difference in Burundi. They teach us in French. Here it’s English.”

Immachulee was born in Congo, but she left with her family when she was three months old because of incessant wars. Growing up in Burundi, she lived in a refugee camp for 17 years, where she didn’t have enough food to eat. Additionally, clean water was luxury, and one medicine would be used to treat various symptoms.

Education in Burundi was not good. In the refugee camp, teachers from Congo taught students by presenting limited knowledge. There were no books, nor technology for education. Because the school was small, students in middle school would attend in the morning and high school students in the afternoon. After sunset was the time when curfew began and everyone had to be inside.

Starting in 2016, Immachulee and her family began to prepare for the immigration process. However, it didn’t go quite well. Trump admission’s policy restricted immigrants. She waited for one year disappointedly, but got a second chance. After the interview and medical examination in Bujumbura, her father died. The sudden change to this family affected the process, again impeding them from coming to the U.S. Eventually, Immachulee came to the U.S. with her mother and five siblings, arriving in Buffalo, where her uncle’s family lived. Her grandmother and 111-year-old great-grandmother came the next month to join them.

In the first summer since she arrived, Immachulee attended class with her siblings and was taught English. She appreciates the educational system as well as the lunch provided.

Here in the United States, she has diverse food to eat, and there is no worry for clean water and medication access. Immachulee is assimilating to the American culture by learning a new language and living style. Interested in biology, she desires to be a doctor, helping people who are sick.