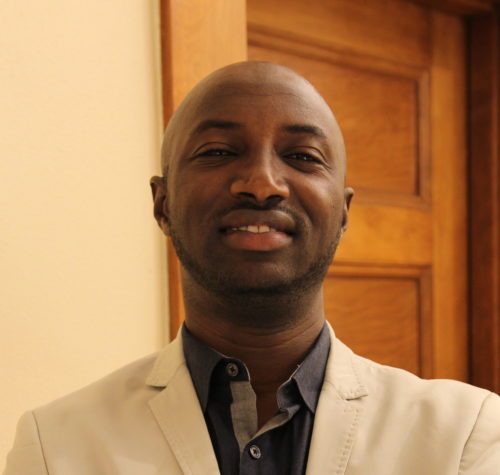 “This is the land of opportunity, and now it depends on what you make out of the opportunities.”

When Joe Sinayoko lived in Guinea, he had big dreams about what American life is like. Although reality didn’t live up to his expectations, he has capitalized on his opportunities.

Born in Guinea, Mr. Sinayoko grew up in a large family. He attended a private high school and earned money by working as a club promoter in the city. Many of his friends went to school in the United States, and Joe listened to amazing stories they had from their experiences abroad. He decided that he wanted to go there as well.

It took nearly three years for Mr. Sinayoko to convince his father to let him study in the United States. When he finally started him journey, he got lost in the airport and ended up in Chicago instead of Philadelphia. Adjusting to the United States was a struggle; it wasn’t the same country he had dreamt about in Guinea. Tragedy struck when Joe’s cousin was killed in a car accident. After dealing with the aftermath, he left the East Coast and moved to Minnesota.