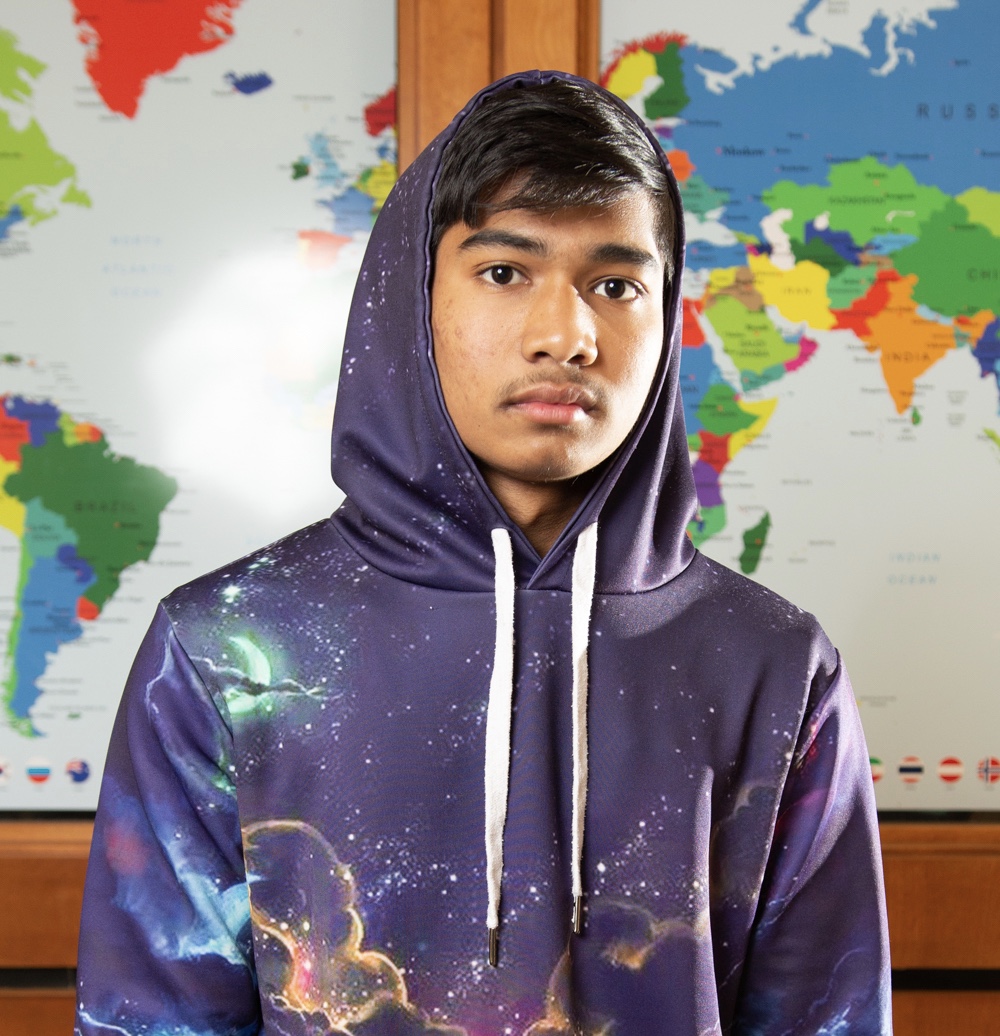 Though moving to a new country across the world made Mohammad Huzaifa nervous, he was excited at the chance to move to the United States from Malaysia because he really wanted to go to school.

Mohammad was born in Yangon, Myanmar, where he lived for four years with his mother, brother, sister, uncle, aunt, and grandmother. He played soccer and went to school there, but he did not particularly enjoy school at that time. His dad had moved to Malaysia ten years before Mohammad and his family. In Malaysia, he attended school for a short time, but he was ultimately told that he would be unable to continue because he was not a Malay citizen.

Because Mohammad wanted to go to school so badly, his father decided to move the family to the United States. He was sad to say goodbye to his family, but he was excited to be able to go to school again. At his new school he learned English and made new friends.

Mohammad has been living in Milwaukee for almost two years and loves to play soccer and go to the gym with his friends. He plans to become an engineer because he is interested in cars and how to fix them.