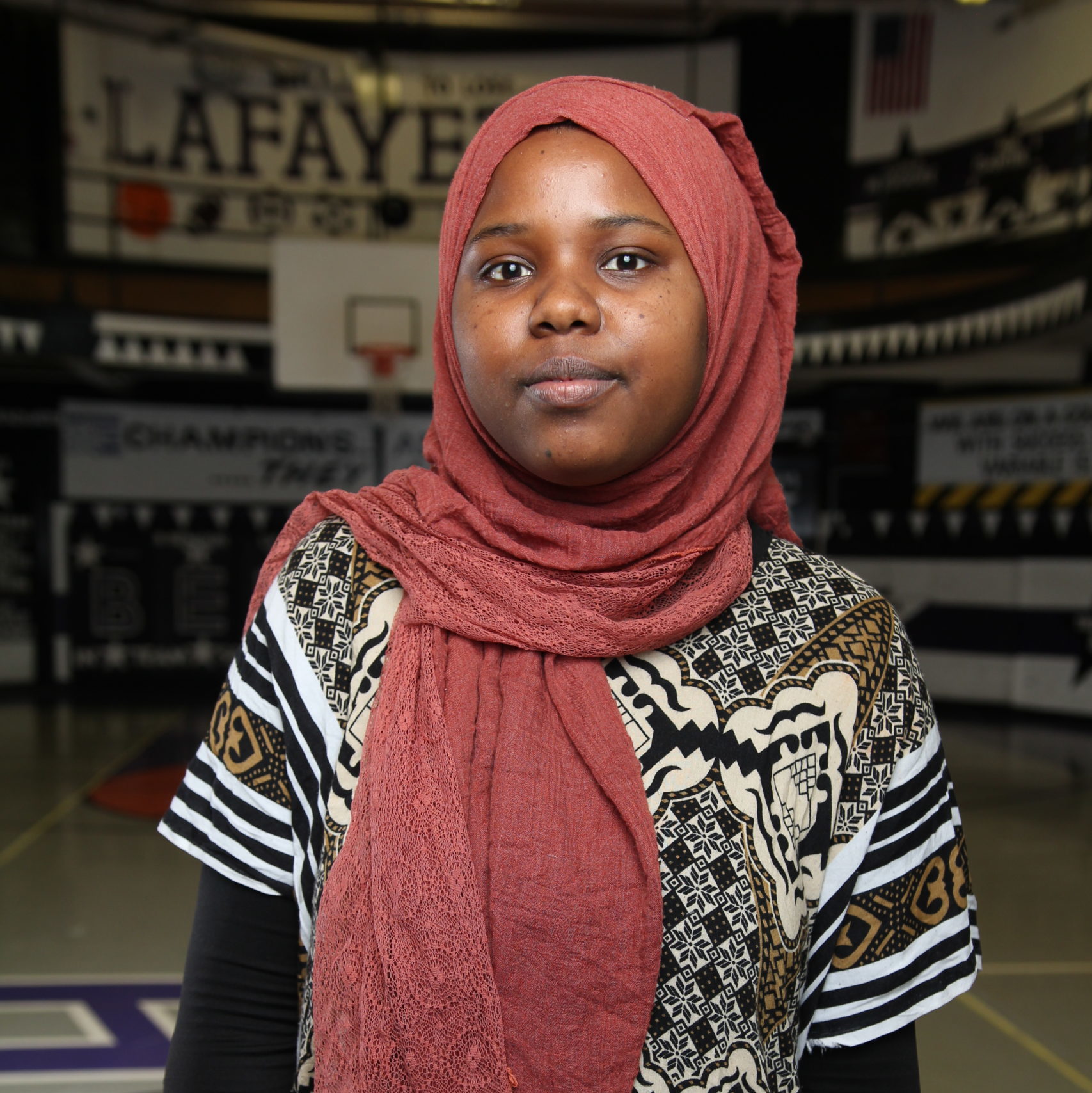 “I remember when I was five years old my mom used to tell us to go under our bed, cover our ears because of the gun.”

Muna was born in Mogadishu, Somalia. Throughout her childhood there, she often had to hide under her bed due to widespread gun violence outside. In search of a safer place to live, her father left Somalia and decided on a small village in Ethiopia called Aw Barre. When she was eight, Muna and her siblings moved to Ethiopia with their father while her mother and older brother stayed in Somalia.

When they first moved to Ethiopia, they stayed in the house of their father’s acquaintance. After her father found work, Muna was able to attend school. Eventually, her mother and older brother moved to Ethiopia. Her family was able to move into their own home and her mother also gave birth to a baby girl. In addition, they had a farm that they shared with their friends, where they planted vegetables and raised sheep.

In 2012, Muna found out that they were going to the United States. However, they had to delay this trip due to her brother’s injury. On September 25, 2015, they finally flew and landed in Buffalo, New York. When they moved into their new home, Muna was surprised at how different everything was. For example, in Ethiopia, her family used handmade beds stuck to the ground. She also had to get used to wearing heavier clothing due to colder weather.

Muna started Lafayette High School in 2015 as an eighth grader. Although she had a hard time because of her language barrier, she enjoys learning English and her favorite subject is biology. She also enjoys playing sports and loves trying new things, such as bowling. In the future, Muna wants to study physical therapy to help people in Somalia. So far, she has been accepted to Erie Community College and is looking forward to going there.