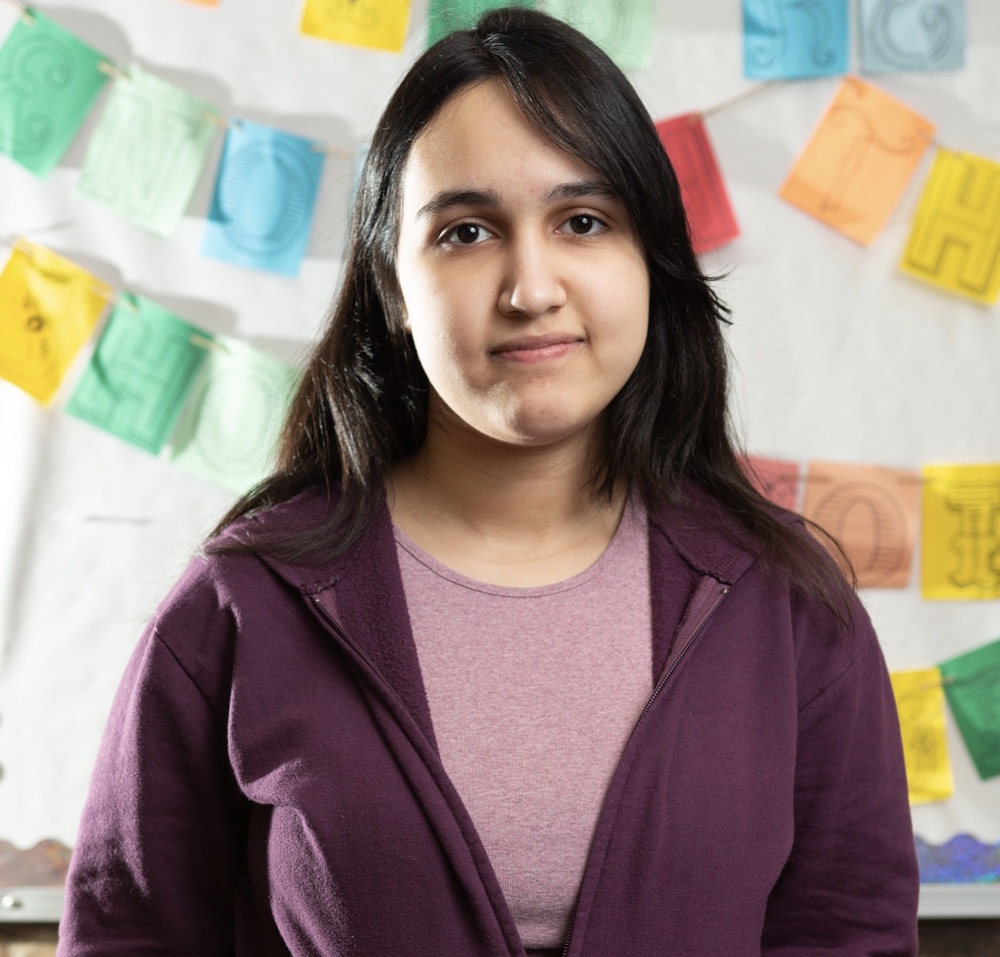 Though Ruqayah’s life has not always been easy, she embraces her unknown future and recognizes its possibilities.

Ruqayah was born in 2000, three years before the war started. Ruqayah and her family moved around to seek safety amidst the bombing in Iraq. Despite the fighting, Ruqayah remembers her school experience in Iraq as happy—a life with many good teachers and lifelong friends.

After an incident where her brother was almost killed, Ruqayah’s family decided to move to the United States. While some people expressed joy for the new experience for her family, Ruqayah felt a lot of sadness. Ruqayah’s brother’s birthday was the day they left, so all of their family and friends came together on their last day for a birthday party and to say goodbye.

When Ruqayah first arrived in the United States, she had to adjust to changes in the weather, language and school environment. While fitting in was hard at first, Ruqayah has adjusted and now spends her free time relaxing or hanging out with friends.

Ruqayah has found a passion in the sciences—chemistry and biology are her favorite classes. Ruqayah especially enjoys the labs because she learns so much from each one. While Ruqayah once wanted to be a neurologist, her love for biology and chemistry has changed her mind. Now when asked what she will be in the future, she says, “Let’s see what the future will bring.”