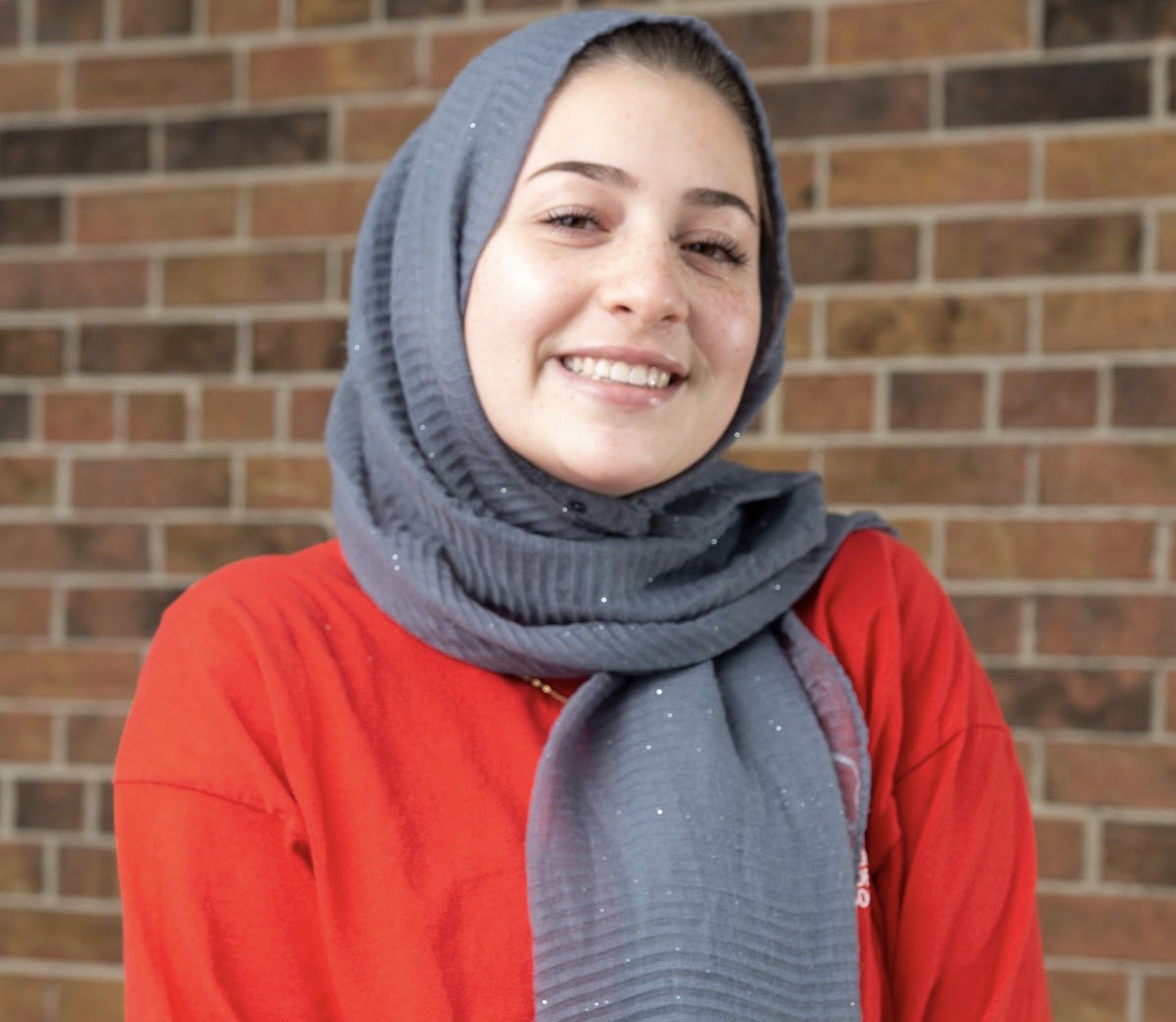 Selma was born in the US, but she always knew her family was from Syria. When she was five years old, she moved to Syria to the city of Aleppo. She spoke very little Arabic when she moved and was at first confused as to why they were leaving. It was nice, however, to be with family as a young child.

Both of her parents were teachers. They lived in the Middle East for many years. It was very dangerous, however, when the war started in Syria. After several moves, the family sought asylum in Lebanon. Ultimately, after some challenges, they were able to move back to the US; Selma was fourteen at the time. The hope was that she and her older brother would attend college in America.

When she moved back she made lots of new friends but also found some she’d known when she was in kindergarten. In addition, she found that she learned a great deal about being Muslim because her friends and classmates would ask questions. For example, they wanted to know why she wears a headscarf. She likes that she’s been able to educate herself more about her culture and ideologies and share those with her new American friends.

Selma hopes to attend UW Madison or a local community college. She is still deciding on a major because she has so many interests, including astrophysics and languages. After she graduates from college, she plans to travel the world to experience different cultures and eventually visit her childhood home in Syria.