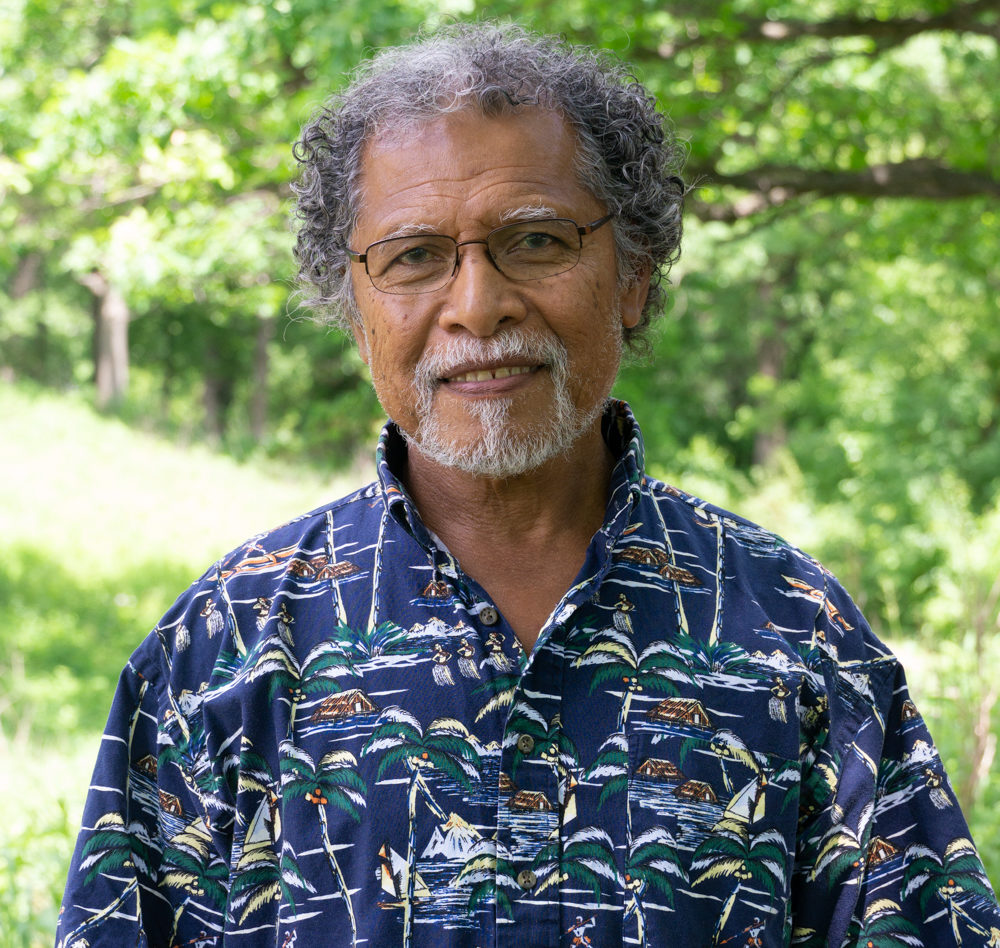 “In the village where I grew up, we invented things by hand. We built our tools from scrap metal and from spare tires and turned them into our spearguns. You become creative, innovative from making something out of natural materials; that’s where I got my desire for innovation.”

Simeon grew up in a small village named Ngcherau in the island country of Palau. There were only fifteen homes in the village and no electricity or running water. His dad was a fisherman, and his mom was a gardener. This meant he spent most of his childhood life learning how to use his hands and being innovative with natural materials. During high school, his music teacher, who was from Minnesota, helped him apply to university at Macalester. Though he never imagined pursuing education past high school, Macalester offered him a full scholarship and provided him a new and exciting opportunity that he could not turn down. He made his way from his small village to the main island of Koror then to Guam and Hawaii, and eventually he reached Minneapolis.

When Simeon arrived, his host family greeted him with open arms, but the culture shock of Minnesota was tremendous. He was used to eating fish three times a day and living in a warm, tropical location. Adjusting to eggs and toast and freezing winters took Simeon a long time. After a few years at Macalester, he chose to leave in pursuit of technical studies instead. Although this haunted him for years, this decision eventually led him to a career filled with opportunities on the brink of computer technology innovation all around the US.

Simeon briefly moved back to Guam to fulfil what he felt were family obligations, but with the support and encouragement from his sister, he instead chose to move back to the US. Since then, he married his girlfriend, and they adopted children from Guam and India. He loves the international culture that he brings to his community both through their family and through hosting international students.