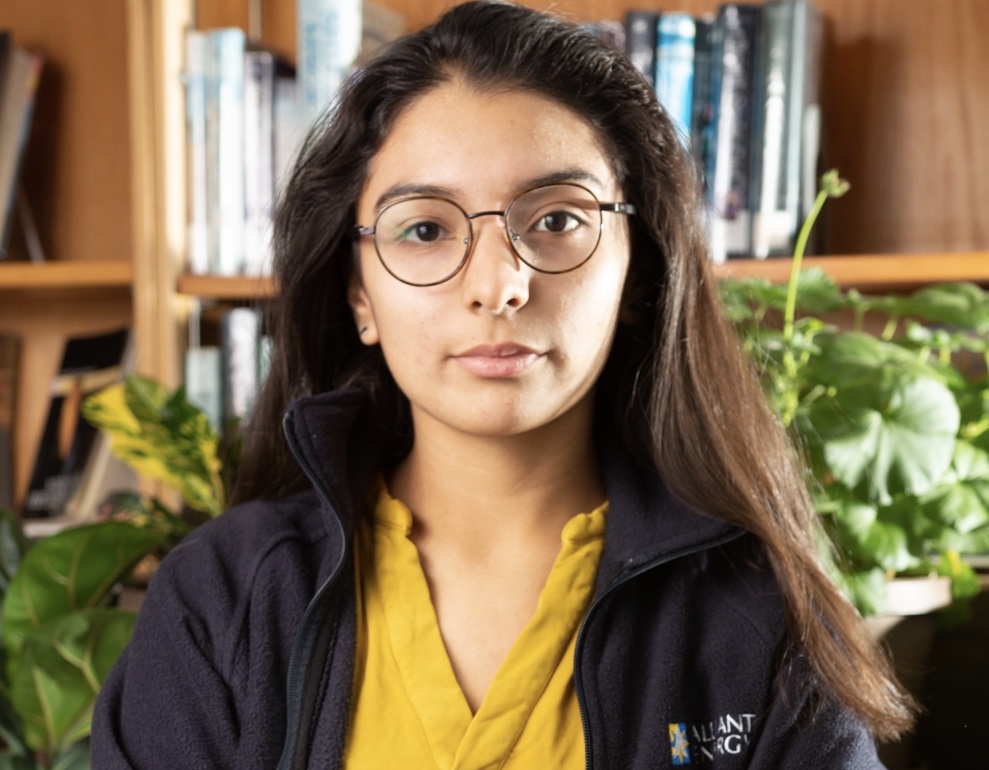 Since her move to America, Stephanie Salgado strives to be a positive role model for young girls and other immigrant students. Born in Tegucigalpa, Honduras, Stephanie has fond memories of life in her home country. Her family is large but close-knit. After attending Mass and eating Chinese food at her grandmother’s house each week, everyone would sit around the table and talk and laugh. Her college-educated parents had good jobs and worked to project their children from the darker side of Honduras, where corrupt politics allowed crime to run rampant.

One day, she was surprised to learn that her father had completed twenty years of service with the US Embassy and now their family would be moving to America. Stephanie was proud of her father and excited, but she was also sad because she realized that while she would be with her sister and parents, the rest of her family would still be in Honduras.

Moving to Chicago was both a culture shock and a challenge for Stephanie. The language barrier and different school curriculum made it hard for Stephanie to keep up at first, so pushed herself academically. She plans to study Environmental Science at the University of Wisconsin-Madison and attend law school.