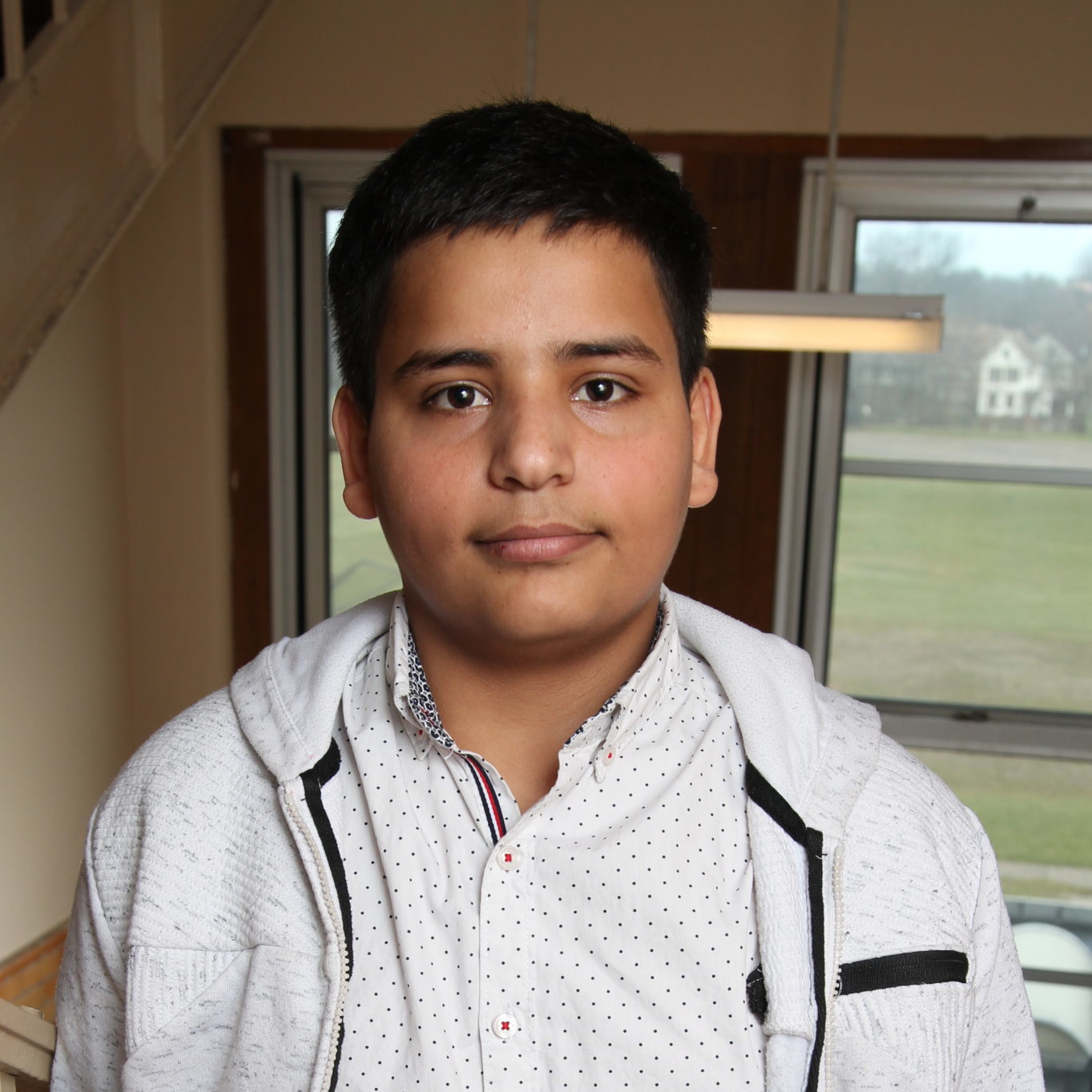 “Brighton helped me because all of my friends speak different languages and we all speak English together to one another. Brighton teachers taught me how to read and write.”

Two years after the war started, when Sultan was eleven, his mother told him that he’d be moving to America with his uncle and cousin. Sultan was excited because he had heard all the great things about America, however a part of him was going to deeply miss his mom, sisters, and the life he was leaving behind in Yemen.

After months of traveling and acquiring proper documentation, Sultan, his older brother, uncle, aunt, and cousins finally arrived in New York. Sultan was disappointed to learn that America was not always covered in snow, but was excited to see it come wintertime. Sultan’s happiest moment in America was getting candy on Halloween for the first time.

The most impactful change in Sultan’s life was that he could now receive a proper education in America. In Yemen, Sultan could not attend school every day because of the war, and when he did go the teachers often beat the students. In America, the teachers gave Sultan the attention he needed so that he could learn to read and write. Sultan believes he has had great teachers in America who have helped him become a successful student. Now when Sultan gets older, he wants to travel all over the world on a boat. Occasionally visiting Yemen to reunite with his mom, and also seeing other countries like China, Japan, and Turkey.