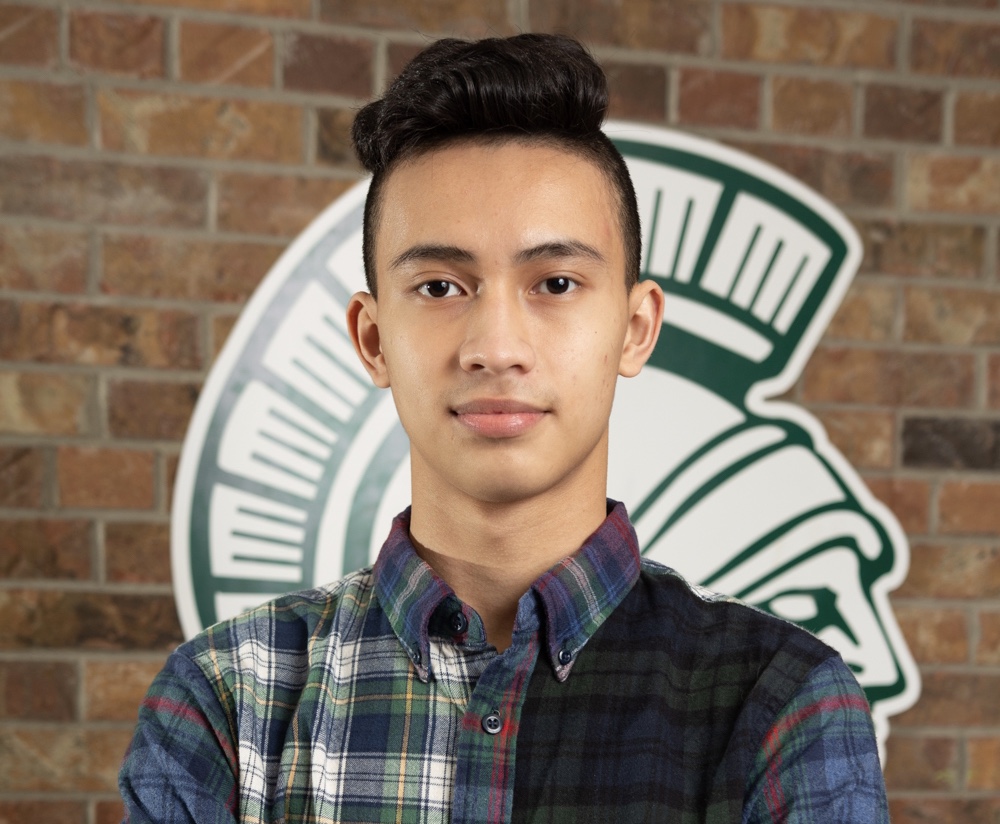 Vy Luong enjoyed his life in Vietnam and was emotional when he learned that he and his family were moving to the United States. Now, however, now he is grateful that he came to live here and likes being a Vietnamese American.

Vy was born in a small town in Vietnam where all the buildings and the town residents lived in very tightly packed communities where people lived close together. Vy enjoyed school and learning all that he could. He also spent time serving in his town’s church and taking Tae Kwon Do classes. These were his favorite ways to spend his time.

When he was in sixth grade, Vy’s mother decided to move to the United States to be reunited with her father, an American soldier. The decision and process of Vy and his mother relocating to America happened very quickly. Within a few months, he and his mother left Vietnam by plane and headed to his new home.

Though he struggled with school when he first arrived in America, it is important to him because his mom was not able to go to college. He has many friends and is involved in competitive cheerleading and track. He believes he has a great life in the US and is grateful for his new home in Wisconsin. Vy hopes that he can be a role model to help others see how to be more tolerant of others and how to be a citizen of the world.