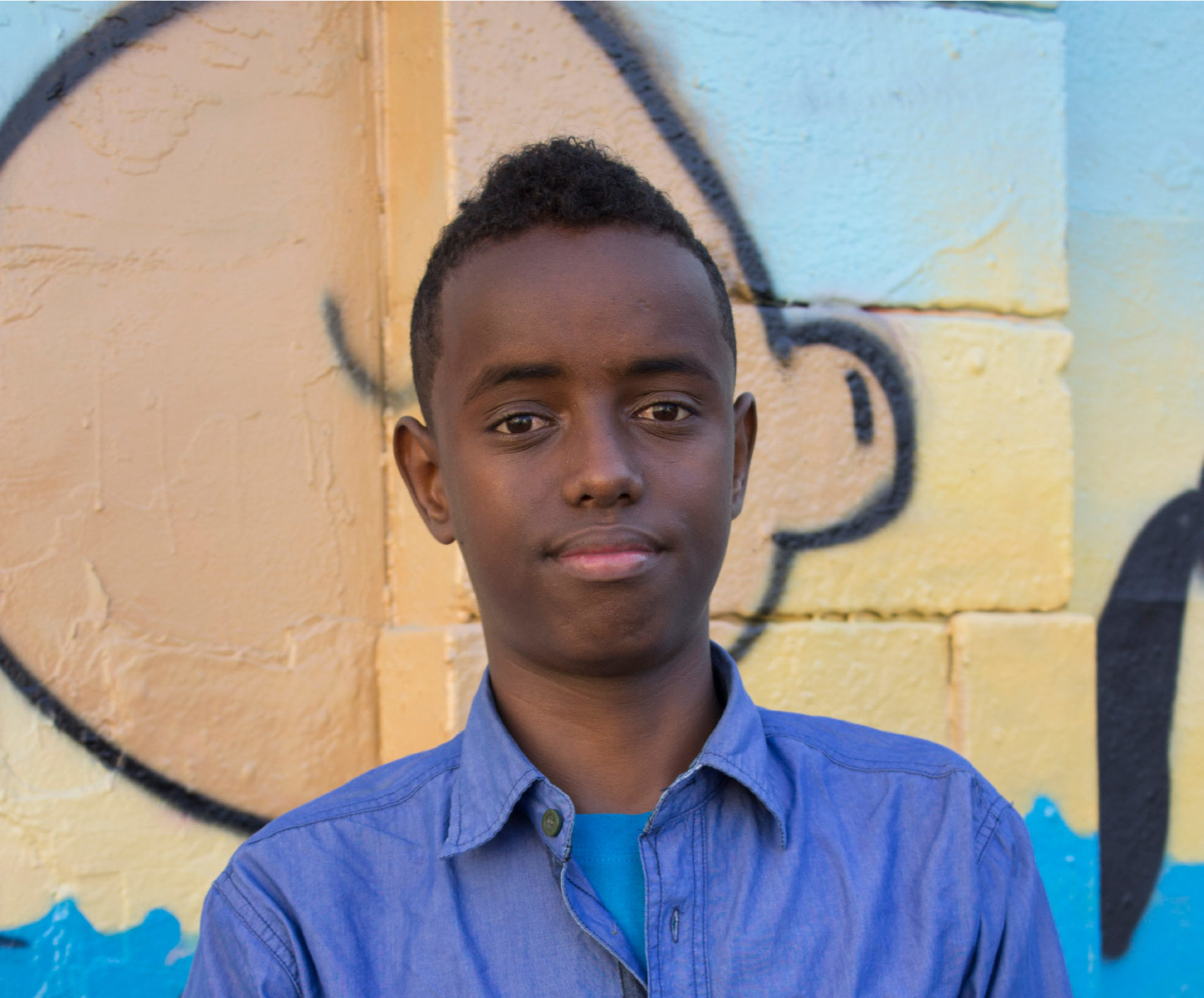 When Yonis Yusuf lived in Kenya, he heard rumors that the streets in America were covered in money. Although that did not prove true, he has enjoyed his life here nonetheless.

Yonis was born in Nairobi, the capital city of Kenya. When he was four years old, he went to Somalia but only stayed for a few months due to the violence of the Somali Civil War. He returned to Kenya and spent six years living near the Kenya-Somalia border. Like many ethnic Somalis, Yonis and his family were instructed to leave Kenya altogether. The United Nations intervened and relocated Yonis to the city of Nakuru.

While living in Nakuru, Yonis received small food rations while he waited to be resettled to the United States. He heard many great things about the United States and was eager to move. When his family was selected for resettlement, Yonis was very happy.

Arriving in the summer of 2011, Yonis had a few months to adjust to his new environment before starting school. His family received $2000 and a month’s supply of food stamps to help ease their transition in the United States. Currently, Yonis is a student at Wellstone International High School in Minneapolis. After graduating, he hopes to become a mechanic or an engineer.