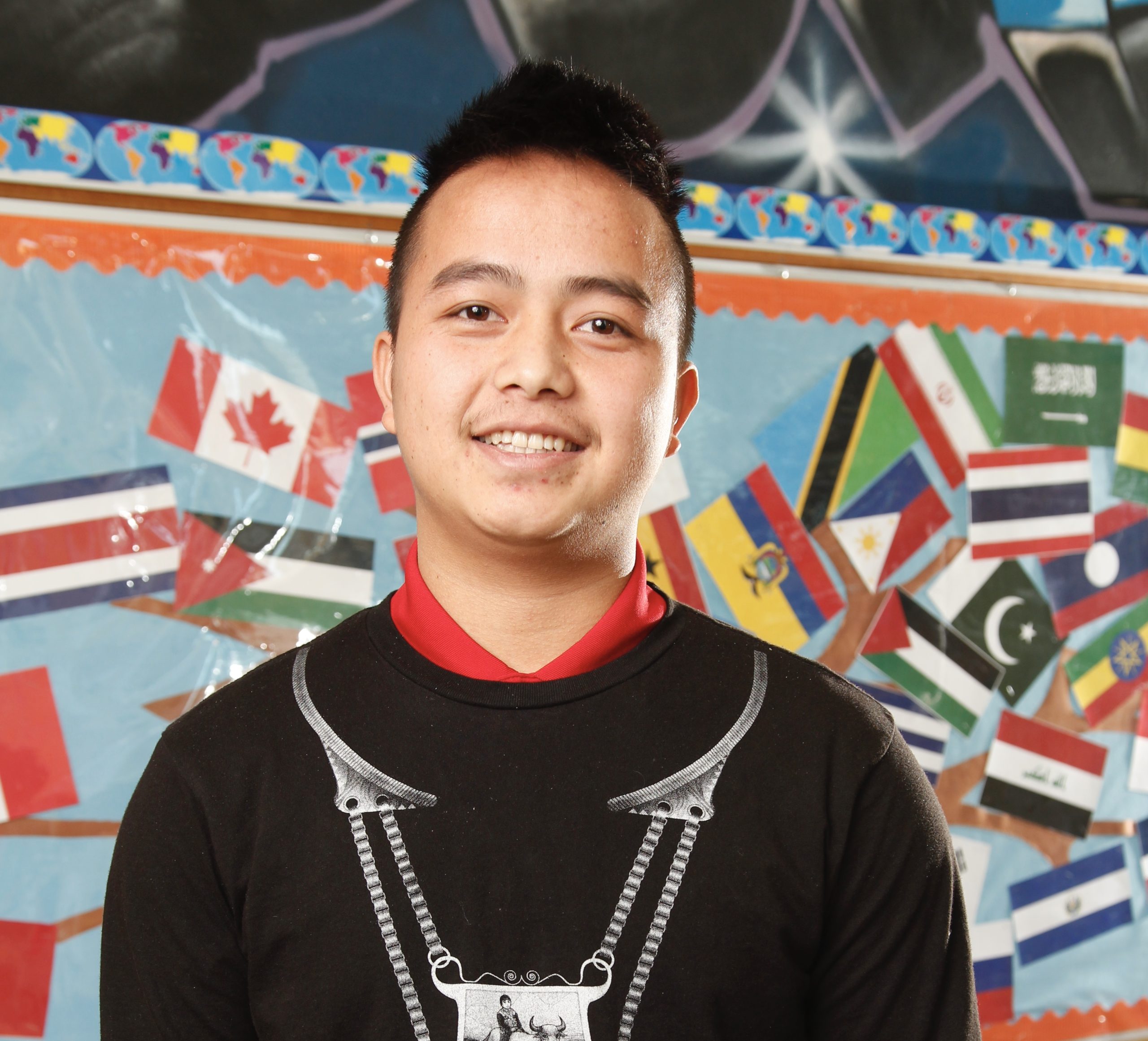 Kou Yang found his move to the United States very difficult, but it held the promise of a better life where he could pursue a college career.

Kou grew up in Laos in a tight-knit family with one brother and five sisters. He loved to spend time with his father and wanted to go with him everywhere. He especially loved to fish in the pond his uncle created. When Kou was five, his father began trying to move the family to this US but it took many years before the family was able to move.

His family first came to Minnesota where they could see other family members. Then they moved to Milwaukee and learned English and started school. He had a great deal of responsibility in his family as he was the only one with a driver’s license, so he had to take care of family needs as well as his school work. The first time he saw snow he was so surprised. He and his sister almost got lost.

Kou enjoys playing games and hanging out with his friends in his free time. He likes to travel and hopes one day to go to China, Japan, and Hawaii. Kou hopes to become a nurse. He worries a little that college will be hard, but he is committed to going. While moving to the US was hard in some ways, he loves it here and wants to continue to support and help his family as much as he can.